PiS’s gamble on the Polish March of Independence paid off

By taking full responsibility for the March of Independence, Law and Justice (PiS) put everything on the line and was rewarded with a powerful argument against the opposition 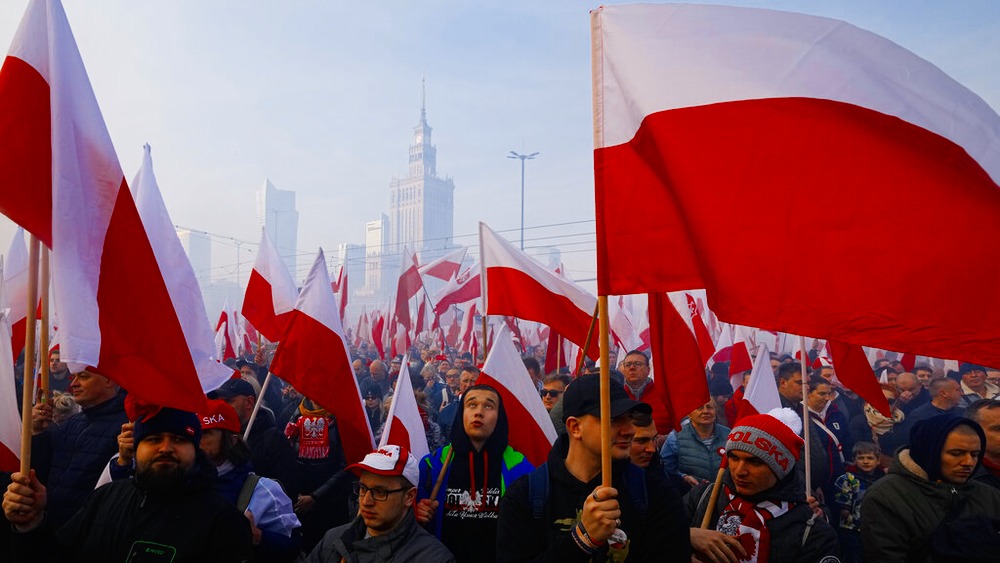 “This is a March of Hatred. Horrifying images, hate in its purest form. And all of this is being organized by the Polish state. Terrifying,” Bartosz Węglarczyk, the editor-in-chief of German-owned portal Onet wrote on Twitter.

Many commentators had already prepared a narrative even before the Nov. 11 March of Independence had begun.

It was labeled a march of nationalists, troglodytes, the radical right, and dangerous individuals who spew hatred against the EU and migrants, which is all endorsed by Poland’s conservative Law and Justice party (PiS). If someone only read the reports from certain media outlets, they would never dare participate in such a march in fear for their lives and safety.

This year, even the sound of bangers was not as omnipresent as it was in the past, and Warsaw Mayor Rafał Trzaskowski’s attempts to block the march only served to mobilize Poles to participate in it. One could say that the turnout at the event (150,000 according to the organizers), was one of Trzaskowski’s few successes, although he will not be proud of it.

Much depends on the police during the March of Independence, which is why it was certain that nothing bad would happen during the event once PiS made it official. The government took a huge responsibility on itself while simultaneously not having control over each of the 150,000 participants.

PiS put everything on the line and won, although its leaders did not participate in the march, just in case something went wrong. After the event, they could breathe a sigh of relief because everything happened without larger incidents.

The march’s peaceful atmosphere and the smiling faces of its participants are something that PiS will be able to boast during future election campaigns. It is also an argument with which PiS can attack the opposition and the Civic Platform (PO) in particular, by accusing them of a lack of patriotic sensitivity and for attempting to refuse Poles the right to celebrate.

The turnout rate is such a large asset that the opposition-controlled Warsaw City Hall gave up and did not even try to count the number of participants. Instead, Warsaw’s Deputy Mayor Aldona Machnowska decided to add fuel to the fire and made a post on social media in which she called Poles “f*cking psychopaths,” which was incredibly scandalous.

Her insult is not true.

The aforementioned comment made by Onet’s editor-in-chief was proven wrong by a video live report on Onet itself, in which one of their reporters conducted an interview with a black participant of the march. In the interview, he emphasized that not only did he not experience racism, he experienced only love for Poland and called Poland the best country in Europe.