According to government estimates, Germany owes Poland up to $1 trillion in reparations for damages and losses caused during the Second World War 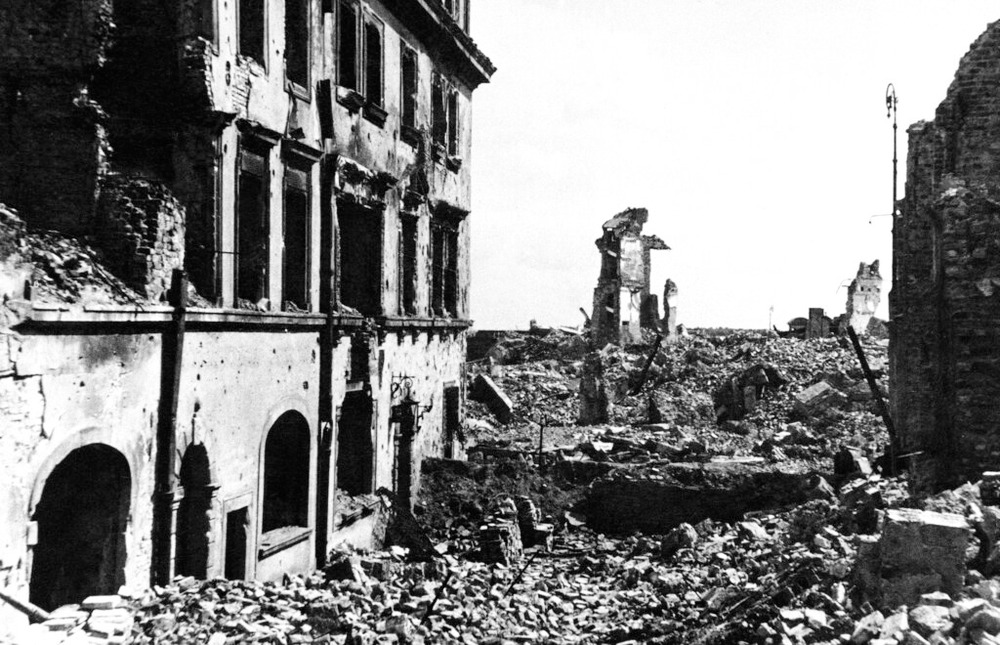 The ruins of the King's Palace testify to the wholesale destruction by the Nazis to the Polish capital city of Warsaw, Oct. 3, 1945. (AP Photo)

In an interview for Polish tabloid Super Express, Polish Prime Minister Mateusz Morawiecki spoke about the issue of war reparations from the Second World War and the War Losses Institute, which he recently signed into creation.

“I signed an order to establish the War Losses Institute mere days ago. We want all analysis which has been conducted thanks to the work of the parliamentary team to bring the right results in the upcoming months,” he stated.

The Polish PM reminded that due to the war, “Poland suffered huge losses as a result of monstrous German crimes. Poland and Poles were deprived of an unimaginably great fortune. It is our responsibility to remind of these losses and of this lost fortune.”

“But this concerns not just such a fortune. We lost six million people. A sea of tears of our mothers and a sea of blood of our fathers. We lost our freedom, independence, a chance at normal economic development. A free and independent Poland cannot just walk idly by such a hecatomb,” he said.

In 2017, a special parliamentary commission was established whose aim was to calculate Polish war losses. Its head, Arkadiusz Mularczyk, had announced a conclusion to the work last year.

Morawiecki stated, however, that the commission was asked to fill in additional information and the report will be ready by February 2022.

According to earlier Polish estimates, based on stock taking from 1946 and including interest, Polish war losses amounted to €800 billion and increasingly often, the sum of $1 trillion has been appearing.

Up to six million Polish citizens had lost their lives during the Second World War. Thanks to the War Losses Institute, Poland wants to justify its demands for reparations related to Germany’s occupation of Poland between 1939-1945 and conclude the matter of reparations once and for all.