Poles won’t run out of food, food prices will rise sharply due to Ukraine war

The rest of the world will feel the impact of the Russian-Ukrainian war when it comes to food supply more than Poland, the Polish Economic Institute warns 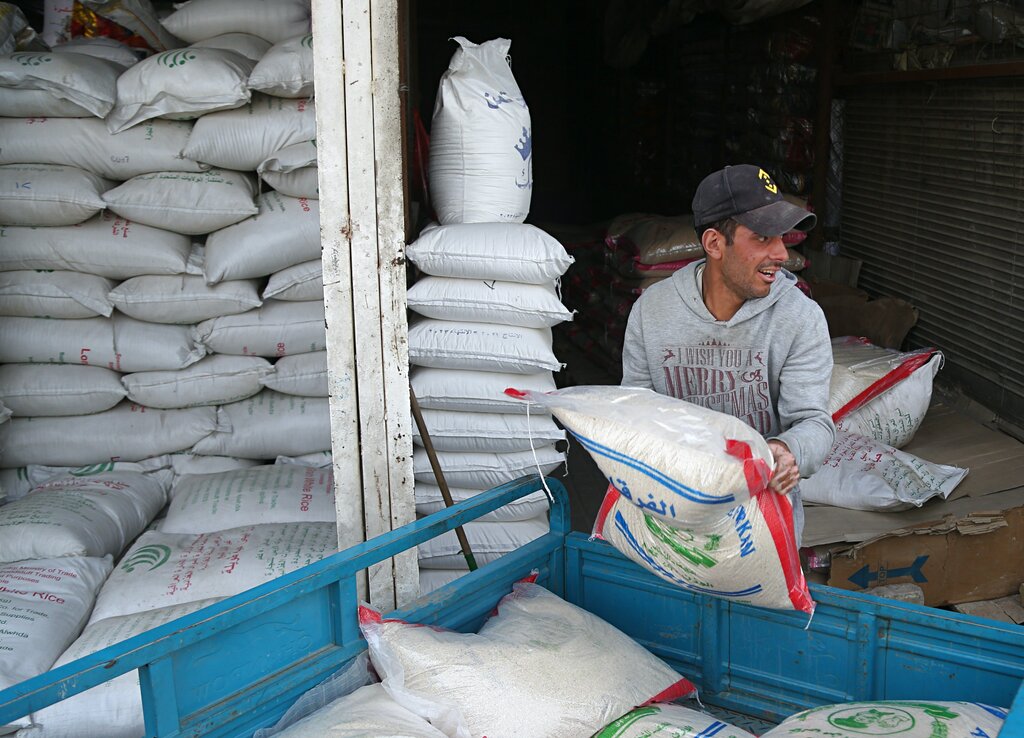 A man loads food items onto a truck in Jamila market of Baghdad, Iraq, Wednesday, March. 9, 2022. The prices of food, fuel, and construction materials went up by 20 to 50 percent in Iraq, due to the current war situation in Ukraine. (AP Photo/Hadi Mizban)

Polish food security is not currently at direct risk due to the ongoing war in Ukraine, however disruptions in food supply chains have and will continue to lead to an increase in food prices on global markets, the Polish Economic Institute (PIE) has revealed.

The institute explained that Poland does not import much grain from Russia and Ukraine — just 65,000 tons of Ukrainian grain worth €15.4 million entered the Polish market in 2021, and just 10,100 tons of grain was imported from Russia.

However, PIE analysts believe that the war may contribute to the worsening of food security for the rest of Europe, with Ukraine a close trading partner of the European Union’s for certain produce.

For example, Ukraine had a very high share of the EU’s external import when it comes to corn — 55 percent of the EU’s external supply came from Ukraine in 2020. In addition, Ukraine provides a significant proportion of EU’s wheat demand, some 12 percent, as well as 11 percent of buckwheat and 8 percent of barley. Russia’s share in the import of these grains was lower and did not exceed a few percent.

The analysts explained that lower supply from the East was not only the result of delivery issues from areas overtaken by the war, but also the result of restrictions imposed by Ukraine and Russia.

PIE believes that Middle Eastern and North African regions will feel the impact of the war the most — 85.8 percent of the export of Russian barley and 33.3 percent of Russian wheat export was sent to those regions in 2020, while 42 percent of Ukrainian wheat and barley, and 27.8 percent of its corn was also exported to these regions.

Egypt and Turkey are the most dependent on the import of those grains, and Russian and Ukrainian supply is also important for countries such as Lebanon and the United Arab Emirates.

Analysts have noted that the outbreak of the war has caused a further growth in food prices on world markets which were already running at a record high. They warn that the price of oils made from soya, sunflowers and rapeseed will also go up. In 2020, Russia and Ukraine were the world’s largest exporters of sunflower oil, for example, and imported high amounts of the aforementioned oils.

PIE also warned that Poland may feel the consequences of the disruptions in the supply chains of these products since Ukraine is an important supplier.

Food prices are also going up due to the rising costs of fertilizers. Already, fertilizers are much more expensive than they were a year ago and their prices will continue to rise as a result of high gas prices.