The Polish Cabinet Council discussed Poland’s situation due to the Ukraine crisis, the matter of a possible influx of refugees from Ukraine and securing Poland in face of several different threats 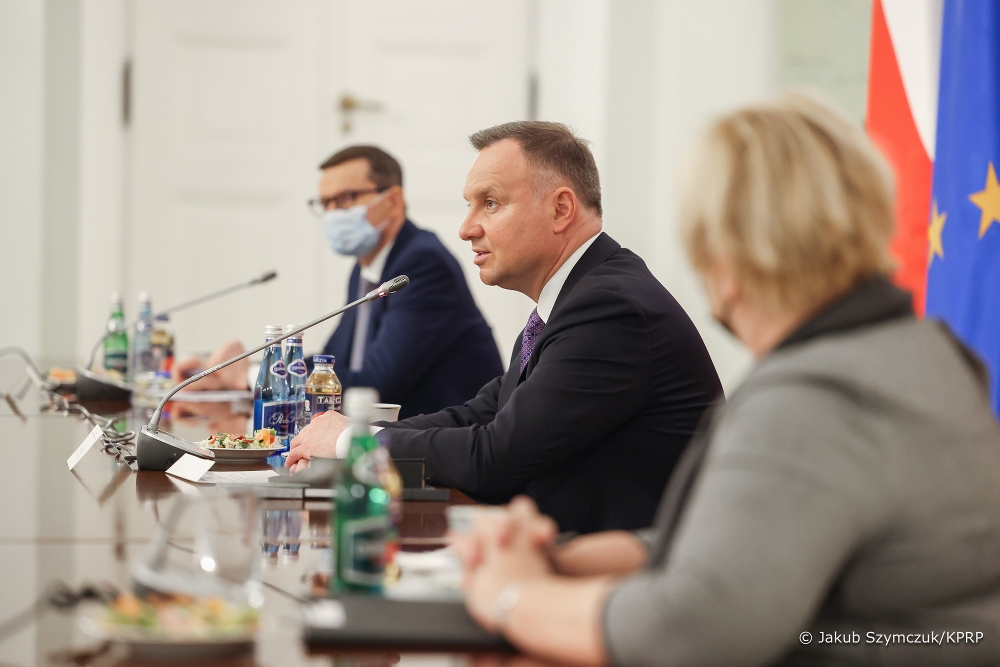 President Andrzej Duda assured that Polish citizens can feel safe and secure despite tensions between Ukraine and Russia following a meeting of the Polish Cabinet Council. He explained that the Cabinet Council spoke about various scenarios such as what was happening in Ukraine, around Ukraine, and in Belarus where significant Russian military forces have been deployed.

“Among these scenarios was also the issue of what would happen when an armed conflict could erupt, including all the situations which could then arise, such as the issue of refugees who could arrive to our territory looking for aid and a safe heaven,” Duda said.

The president added that it was important to ensure secure conditions for possible refugees and for Polish society.

Duda stressed that the main subject of the council was whether Poland was sufficiently secure in a range of different scenarios. During the cabinet meeting, ministers presented detailed reports on various security threats and how Poland should respond to them.

I deeply believe that we will be able to prevent the conflict and that this situation will be resolved through diplomacy. We are all currently aiming for this.

“In every instance there will be an appropriate response. We need unity and we must appeal for it and also for international unity,” he stated.

Poland’s resident emphasized that Ukraine should be able to decide about which organizations it wanted to belong to and that the violation of Ukrainian sovereignty should not be permitted.

“NATO’s presence on our territory is growing. I am pleased with the strengthening of the Eastern flank. The alliance is not withdrawing. I also gladly accepted the arrival of British and American troops. I ask you to be kind to them,” Duda said.

He also assured that he continued to carry out consultation work with the Poland’s prime minister and foreign minister.

“I deeply believe that we will be able to prevent the conflict and that this situation will be resolved through diplomacy. We are all currently aiming for this,” Duda declared.

The Cabinet Council is made up of the Council of Ministers presided over by the president. It is called in “matters of particular importance,” as outlined in the Polish constitution.