Poland’s GDP in the second quarter of 2021 grew by a massive 10.9 percent compared to the year-over-year 0.9 percent decrease in the first quarter 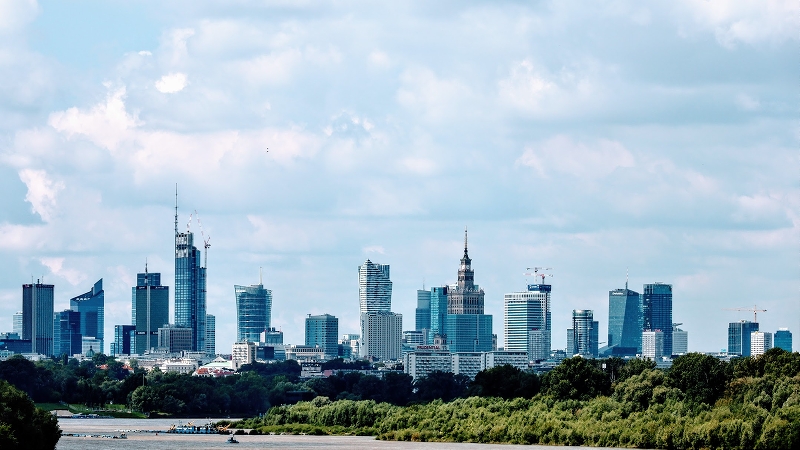 GUS reported that Polish GDP increased by 1.9 percent from the first quarter of 2021, which saw Poland suffer a 0.9 percent year-over-year decrease in GDP.

In total, Poland’s GDP grew by 10.9 percent year-over-year in the second quarter, setting a record. In comparison, during the same period in 2020, it decreased by 8.3 percent.

Seasonally adjusted GDP for the second quarter of 2021 experienced real growth of 1.9 percent compared to the previous quarter and 10.7 percent over 2020.

This data is, however, initial and may be revised when the actual first regular estimate of second quarter 2021 GDP is published on Aug. 31, 2021.

The Polish Economic Institute (PIE) commented on the data, emphasizing that Poland has recovered from its losses in the first quarter. Moreover, only the Baltic States and Sweden are reporting such positive GDP trends.

PIE experts explained that the economy’s rebound between April and June was mainly facilitated by household consumption demand and the strong results of the industrial sector due to its high net export contributions. The result was most likely lessened by losses in reserves and a lower growth in public sector spending. The first of these factors is transitional and will most likely be made up for in the second half of the year.

PIE also forecasted that the upcoming quarters will bring economic growth at the level of 5 percent. Foreign demand will continue to play an important role, but low growth in investments is also expected. This is due to the poor performance from the construction industry following a huge increase in prices of materials and insufficient resources.

Economists at ING Bank, on the other hand, pointed out that the data for the second quarter shows that the Polish economy has made up for its losses during the pandemic.

“The real GDP in Poland has undone its losses compared to the fourth quarter of 2019 as early as the second quarter in 2021. Poland’s largest trading partners, the Eurozone countries including Germany, will still have to wait for this,” they noted.

The abolishment of pandemic restrictions was one of the main factors for the economy’s rebound. While the remaining disruptions in supply chains and rising number of delta variant infections will slightly impede economic growth in the third quarter, ING experts assure that Polish GDP will still maintain a solid level.