Polish PM Morawiecki: We must reach an agreement with the EU

Poland is eager to continue good and equal relations with both the European Union and the United States, declares Morawiecki 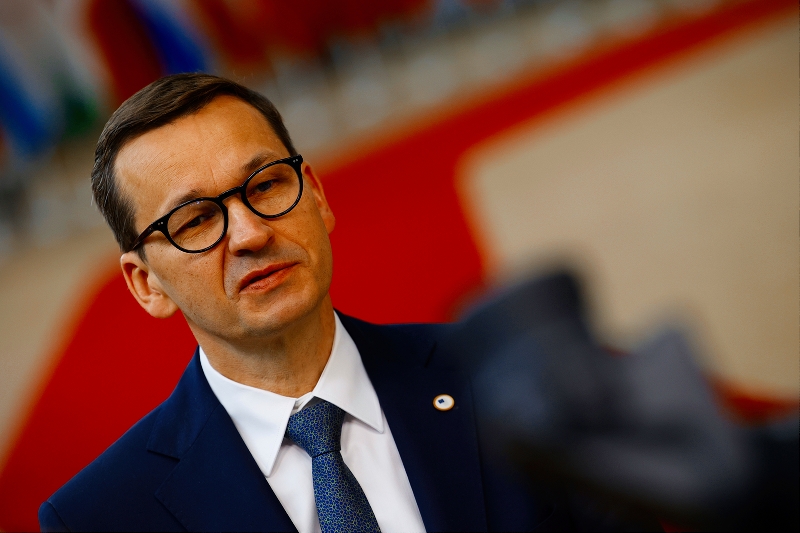 Polish Prime Minister Mateusz Morawiecki talks to journalists as he arrives for an EU summit at the European Council building in Brussels, Friday, June 25, 2021. EU leaders are discussing the economic challenges the bloc faces due to coronavirus restrictions and will review progress on their banking union and capital markets union. (AP Photo/Olivier Matthys, Pool)

In an interview for Telewizja Republika, Prime Minister Mateusz Morawiecki commented on the current conflict between Poland and the European Commission and Court of Justice of the EU (CJEU) concerning the Polish judiciary reform.

As a reminder, in the middle of July the CJEU decreed that the disciplinary system for Polish judges was incompatible with EU law. The European Commission gave Poland an ultimatum to adhere to the CJEU’s ruling, which obliged Poland to suspend the activity of the Disciplinary Chamber of the Supreme Court by August 16.

Morawiecki emphasized that it was necessary to reach an agreement with the EU institutions, although he believed that the Polish constitution remains the superior legal act over EU treaties.

“My point of view generally is that the Polish constitution is the highest legal act. Nevertheless, the situation is complicated because we are an EU member, we want to remain in the EU, and we benefit from free trade. Polish companies are growing, and employees have higher salaries. For these reasons we must reach a certain agreement with the EU,” he said.

Morawiecki explained that the EU is an organization which mainly concentrates on economic and trade affairs, and it has been given competencies in those areas. He stated that if every state were able to define all the conditions concerning goods, products, and services in accordance with their own viewpoints, then there would be no European Economic Community and no EU.

“These rules and harmonization on the European level are necessary for us to use the single market. This is a great value for us. On the other hand, we have the Polish constitution and our values written into it. The Constitutional Tribunal has already spoken about the doctrine issue concerning the superiority of state legal order over European law a few times – in 2005 and 2010 – and the Tribunal will do so again soon,” he said.

The PM also announced the introduction of a project meant to amend legislation concerning the Disciplinary Chamber.

Morawiecki referred also to Polish-American relations, which have recently become burdened by the amendment to Poland’s media law. In the prime minister’s opinion, Poland’s alliance with the US remains strong, and changes are only symbolic.

“In reality, I think that the US completely understands that Poland on NATO and the EU’s Eastern flank is a keystone of the entire trans-Atlantic security system,” he said.

The PM also underlined that Poland is strengthening its other alliances, such as the Visegrad Four and the Three Seas Initiative.