State of emergency ends on Polish-Belarusian border; all non-residents still banned from the border area

Despite formally ending the state of emergency, restrictions will be maintained and even expanded, but members of the press will soon receive limited access to border areas 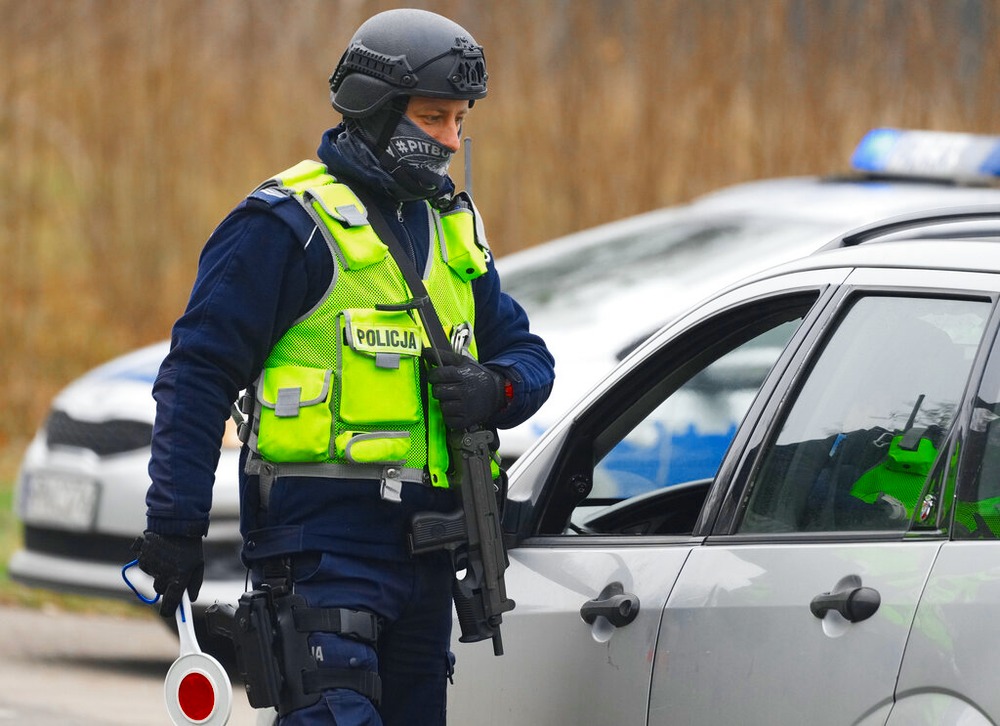 Armed Polish police officer stopping a car at a makeshift checkpoint on the outskirts of a no-access, 3 kilometers (2 miles)-deep emergency zone along Poland's border with Belarus, near the closed border crossing of Kuznica, Poland, on Wednesday, Nov. 17, 2021. (AP Photo/Czarek Sokolowski)

The state of emergency was introduced on Sept. 2 on the territory of 183 towns located in the Podlaskie and Lubelskie regions bordering with Belarus. According to the Polish constitution, a state of emergency cannot last longer than 90 days and that deadline passed on Nov. 30.

Polish Parliament had amended the bill on protecting the state border, which was signed by the president and allowed a new law to be passed Just before midnight on Nov. 30, the minister of the interior published an ordinance which introduced new regulations concerning how border towns will function going forward.

Starting Wednesday, a ban on non-resident access has been imposed in towns which were previously under the state of emergency. The new law allows access to people who do not work or live in the areas in question, but only if they have permission from the commander of the local Border Guard unit.

Moreover, a ban on bearing weapons was introduced, which is meant to improve the security of services and public order, as well as prevent access to firearms to persons of concern.

Border Guard officers also received permission to use hand and backpack devices with non-lethal capabilities, such as tear grenades and “other equipment” which can release incapacitating substances. With these tools, Polish authorities are expected to be able to repel any individual trying to force their way across the border.

A ban on entry for journalists has been maintained in the border area, but Polish authorities have announced that the largest media outlets will soon receive permits for their journalists to enter these areas. On Friday, a press center for media reporting on the situation on the Polish-Belarusian border will begin operations.

Since the start of 2021, the Polish Border Guard has recorded over 37,000 attempts to illegally cross the Polish-Belarusian border. A border barrier will be erected on the border by mid-2022. It will be 180 kilometers long and 5.5 meters tall. The border fence will be equipped with modern surveillance equipment and motion sensors.