Polish Border Guard: After chaos of previous day, the border has a quiet night

Polish services evaluate, that between 3 to 4 thousand migrants are located near the border on the Belarusian side 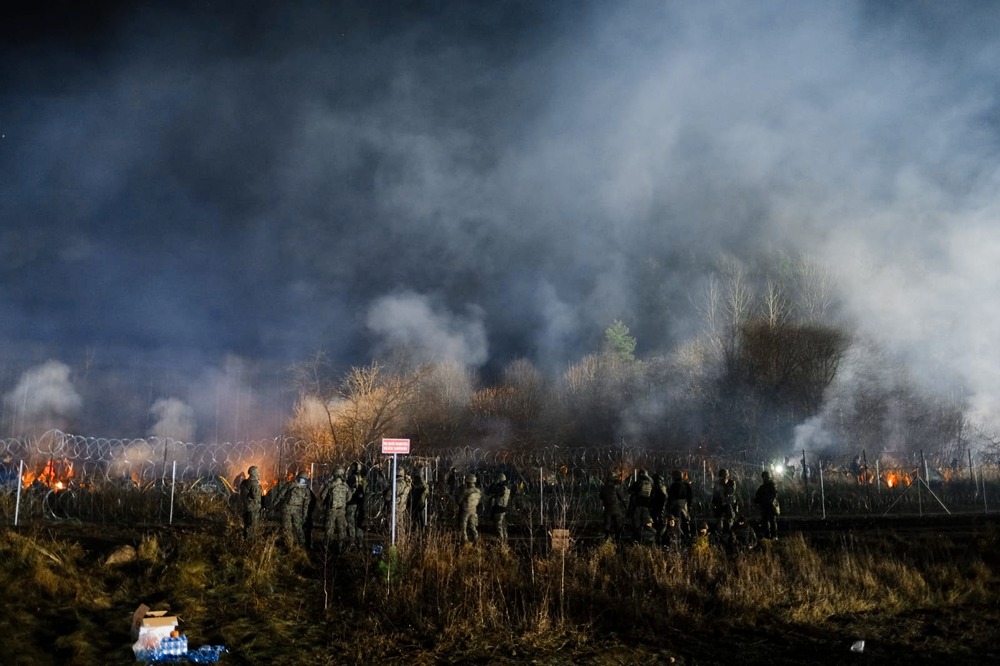 The situation on the Polish-Belarusian border has become very dire since a massive wave of migrants approached it on Monday from the Belarusian side. Polish Border Guard assured, however, that the night between Monday and Tuesday had passed calmly, with only once small incident taking place.

“A rock was thrown in the direction of a car which police officers were using on patrol near the border itself. No one was harmed, and the car was only dented,” Podlaskie region police spokesman Tomasz Krupa explained, adding that the incident took place around 2:00 a.m.

The police also published a video on Twitter in which one can see the huge migrant encampment that has been created on the Belarusian side of the border. In the video, migrants are seen roaming near tents and camp fires. On the Polish side, there is a car illuminating the strip near the border and a defensive line of police officers.

Polish services estimate that there are around 3,000-4,000 illegal migrants in the camp who want to cross over into Poland. The illegal migrants are located near the border crossing point of Kuźnica, which remains closed from Tuesday morning. The migrant encampment on the Belarusian side is guarded by Belarusian services with loaded guns and dogs.

The crisis started on Monday morning, when media reports warned of a large group of migrants who intended to illegally cross the border. In the afternoon, the Ministry of National Defense reported that police officers and Polish soldiers were able to repel the first mass attempt to cross the border.

Since Spring 2021, the number of attempts to illegally cross the EU’s border with Belarus in Lithuania, Latvia and Poland by Middle Eastern and African migrants has rapidly grown. The EU and its member states believe that the migration crisis is the result of the activity of the Belarusian government, which is using the migrants as a form of hybrid warfare in response to EU sanctions.

Since the beginning of 2021, the Polish Border Guard has recorded over 30,000 attempts to illegally cross the Polish-Belarusian border. Recently there have been incidents where the migrants were gathered into groups by Belarusian services near the border and were sent to forcibly breach the border.

On Sept. 2, 2021, the Polish government introduced a state of emergency in the regions closest to the border. The government plans to erect a new barrier on the border strip with Belarus within the first half of 2022.