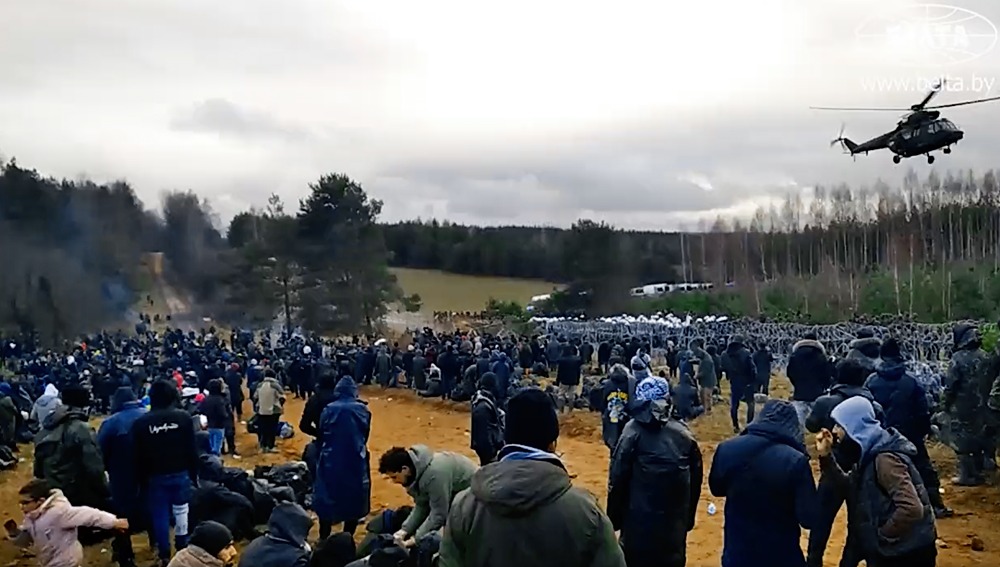 Polish Border Guard reported that hundreds of migrants tried to illegally cross the Polish-Belarusian border near Kuźnica on Monday, and many of them were highly aggressive. Armed Belarusian officers were present behind the huge group of migrants.

“The attempt to break through the border was repelled. Soldiers, Border Guard officers and police officers are present in the area,” said the spokeswoman of the Podlasie Border Guard unit Katarzyna Zdanowicz. She added that all necessary measures to ensure the border’s security against the migrants are being undertaken. Zdanowicz noted that large groups of migrants are also currently moving along the border and are throwing planks at the border fence. The groups are comprised mainly of young men who are encouraging other migrants to force their way through the border.

The Polish Ministry of National Defense posted about the attack on social media and attached a video from the incident.

The Border Guard underlined that even more numerous groups of migrants are being led to the border by Belarusian services. Border Guard officers are at the scene and are repelling as many illegal migrants as possible.

Independent Belarusian journalists warned that Belarusian services pushed the migrants into the forest near the border.

Meanwhile, independent Belarusian television Nexta explained that Monday’s march on the border was organized by the Kurdish migrants themselves.

Polish Minister of Defense Mariusz Błaszczak assured that over 12,000 soldiers were on duty at the border and that together with the Ministry of the Interior services, they were prepared to defend the Polish border.

Due to the events on the Polish-Belarusian border, a government crisis management team gathered in Warsaw and will soon discuss the situation with President Andrzej Duda.