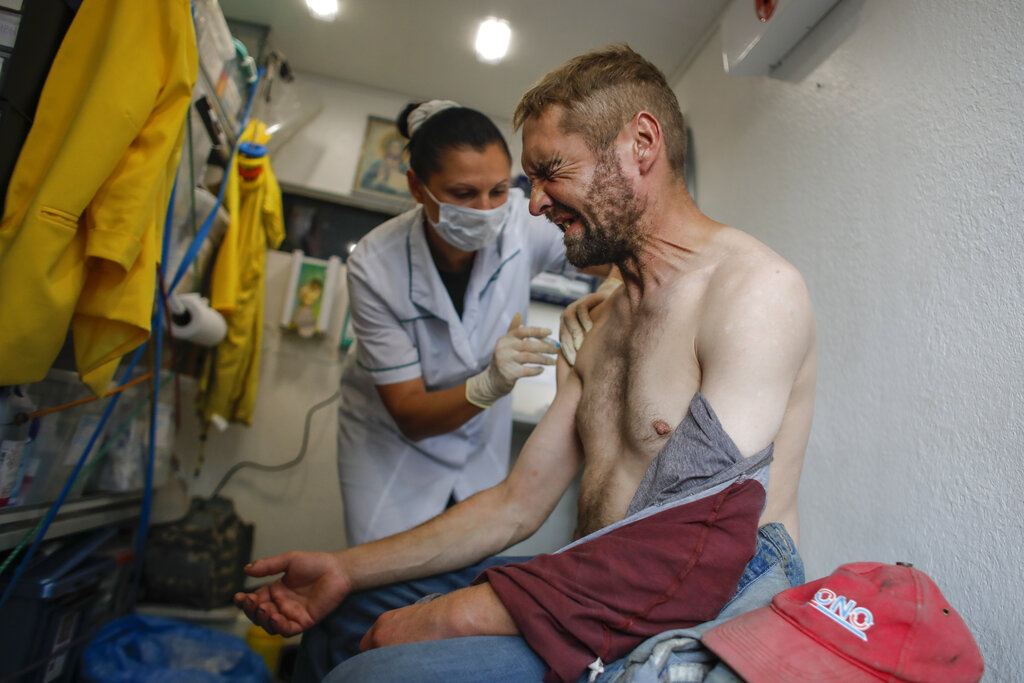 A homeless man reacts as he gets a shot of the one-dose Sputnik Light vaccine at a mobile vaccination station in St. Petersburg, Russia, Wednesday, Aug. 11, 2021. Russia has faced a surge in new infections blamed on the growing prevalence of the more contagious delta variant and low vaccine uptake. (AP Photo/Elena Ignatyeva)

On Thursday, September 30, Russia set a new record for deaths associated with COVID-19 for the third day in a row, amid a slow-moving vaccination campaign and the absence of quarantine measures despite the latest wave of the Delta variant.

In the last 24 hours, 867 people have died due to coronavirus in this country, according to the numbers published by the Russian government. On Wednesday, the toll was 857. The number of new infections increased by 23,888, a level that had not been reached since July.

Since mid-June, Russia has been severely affected by an epidemiological wave caused by the Delta variant of coronavirus, which is more contagious. The epidemic is advancing rapidly in Russia due to a slow vaccination campaign, the refusal of central authorities to introduce stricter sanitary measures or quarantines, and the population’s reluctance to wear sanitary masks in public spaces.

According to statistics published by the Gogov website, only 28.9 percent of Russian residents are currently fully vaccinated against coronavirus, although there are already four internally developed serums in the country. Russia is the country in Europe with the highest number of COVID-19 deaths, with 207,255 victims, according to government statistics.

At the end of July, the Rosstat Institute of Statistics, which uses a broader definition to quantify the number of deaths associated with COVID-19, reported more than 350,000 casualties.

The epidemiological situation is particularly serious in Moscow, the country’s capital, which registered 3,998 new cases and 62 deaths on Thursday, as well as in St. Petersburg, where local authorities reported 2,077 new infections and 56 deaths.