Alvaro Peñas writes about international politics and specializes in particular in Central Europe and the Visegrád Four (V4).

It seems that after the early election called by the ruling center-right Popular Party (PP) in the Autonomous Community of Castile and León, only a coalition government of the PP with Vox is possible, which, as yet, has never happened. Is this what the PP anticipated? Is it now going to form a coalition with Vox at the regional level?

Although the Popular Party won the  Feb 13 election, being the most voted party, the results were bad news for them. Why? Because the PP called those elections thinking that it was going to collect all the votes of the Ciudadanos party (Citizens). Ciudadanos is a very centrist party, very Macron-style, and it is in decay. It has gone from 12 seats to just one. But the Ciudadanos votes did not go to the PP. There was a spectacular rise of Vox, which presented a candidate who is a newcomer to politics. From one seat before the election, they now have 13, having won over 17 percent of the votes. The PP, although it now has 31 seats, i.e. two more seats than before, got 55,000 votes less than in the previous election. The Socialist Party, the PSOE, lost 115,000 votes between the two elections. The far left, with Podemos, remains at a very low level. So those votes of Ciudadanos did not go to those parties. It did not turn out the way they expected. The situation is that now the only party the PP can turn to is Vox. But the first thing Mañueco, the PP leader in Castile and León, did was to say that he would ask for Vox’s support for free, without them entering the government. And the next thing he did was to talk to the Socialist Party.

And what has also happened is that for the first time, Vox has said it wants to be part of the new regional government. Previously, Vox did not ask for this. It was enough for it that some of its measures were implemented. Now, there is a change, which has forced the PP to show its cards. It has to say what it is really going to do, and whether it prefers to reach an agreement with a party like Vox, which is a right-wing party, or to make a pact with its supposed eternal enemy, the Socialist Party.

That is why what has happened in Castile y León is very interesting. 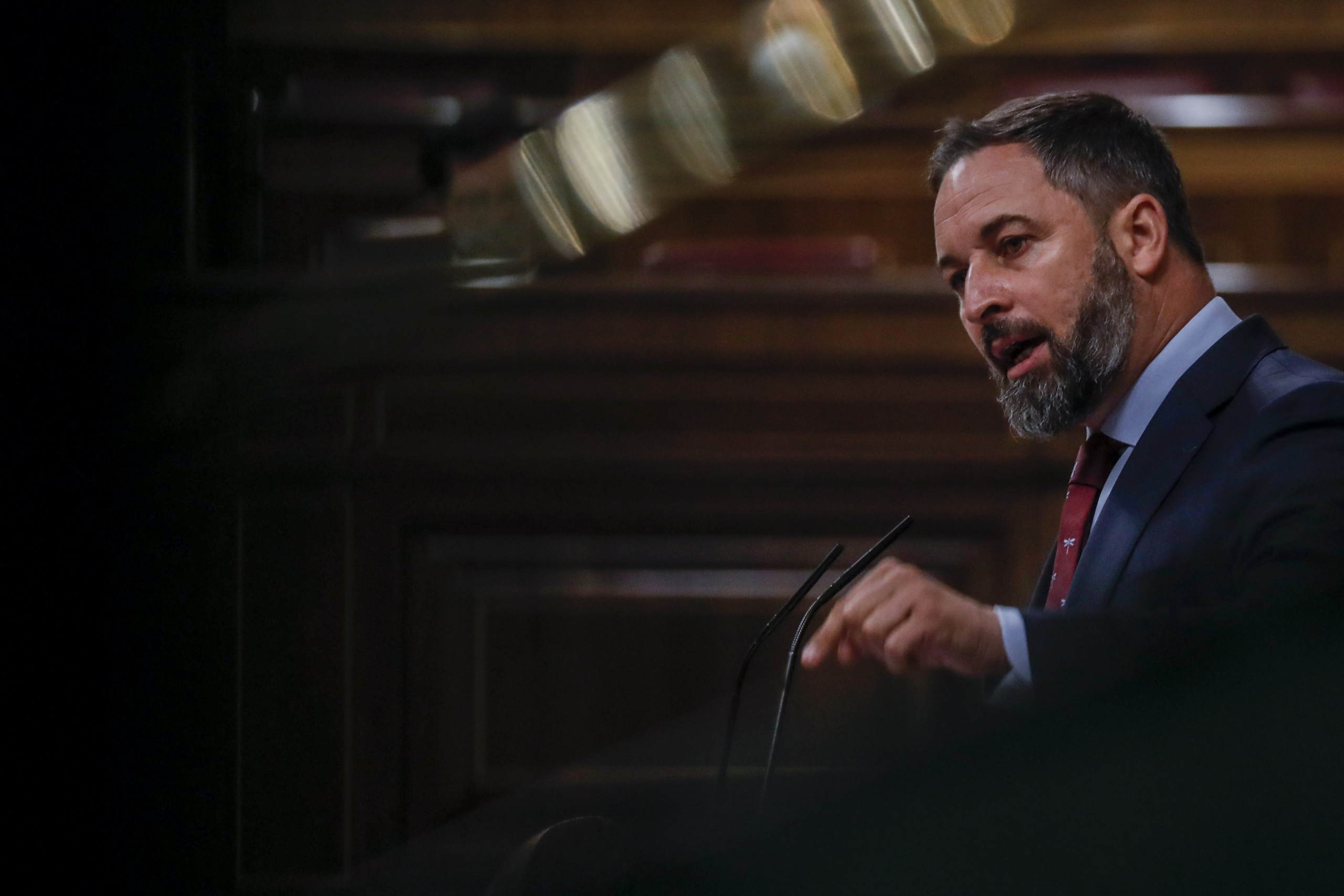 This result is historic, hailed the leader of the populist Vox party, Santiago Abascal

Why is it that the PP does not want to govern with Vox and why does Vox no longer want to support the PP from outside?

I’ll answer the second question first. The thing is that there are many people within Vox, who have been asking the party for some time to try to get hold of government positions, in the present case in a regional government. And Vox has come to realize that it is being ignored. For example, in Andalusia Vox signed a series of points with the PP, and the PP has not complied with the most important points of the agreement. The PP was getting used to demanding Vox’s support because if not, it would say: “if you don’t support us, the left will govern.” But it seems that Vox is no longer afraid of that. It is now insisting that it has the right to govern. And in fact, what it is asking for is fair. Ciudadanos, with one seat less in Castile y León, was part of the government.

For its part, the PP is a party fundamentally committed to the United Nations’ 2030 Agenda, which is environmentalist, feminist, pro-abortion, and so on. In fact, the PP is the party that brought it to Spain. The problem with this party is that it is often bound by its international commitments. It is very well regarded in the European People’s Party. Pablo Casado was recognized as a promising young politician by the Davos forum, and the PP is very committed to that agenda. I think they are not willing to accept an agreement with a party like Vox that is radically opposed to the 2030 agenda. And they are also unwilling to take the risk of a left-wing press campaign against them and of being accused of “making a pact with fascism” and the usual nonsense. I don’t think they have the courage to do that. 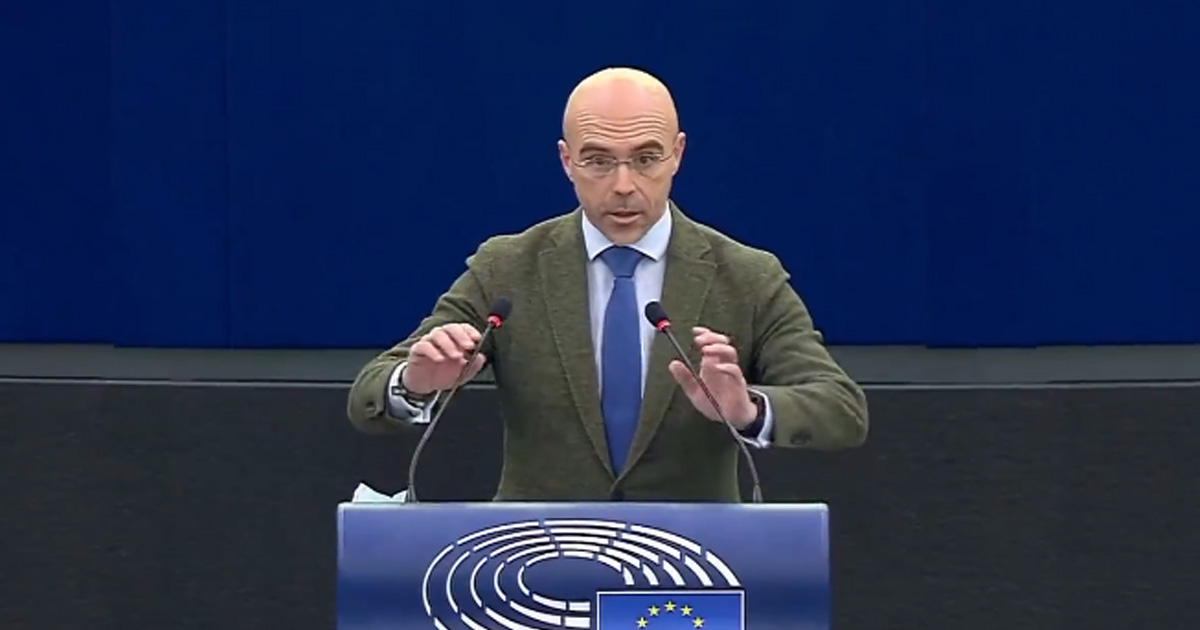 The PP has been embroiled in crisis, with a serious conflict between Pablo Casado, the PP leader who is in favor of the “cordon sanitaire” against the conservatives from Vox, and Isabel Días Ayuso, the president of the Autonomous Community of Madrid, who favors negotiations with Vox without excluding the possibility of forming coalition governments. At the same time, in the PP, they want to change the party leader. What has happened? Does this have anything to do with that relationship with Vox?

Isabel Díaz Ayuso, the president of the Community of Madrid, is a very skillful politician. She has done things very well in the context of the pandemic, compared to other politicians, and she has allowed the economy not to suffer too much. This has made her very popular. And then she’s a woman who doesn’t mince words.

But it is important to underline that when it comes to making policies, Ayuso has not changed a single left-wing law in the Community of Madrid. She uses a way of speaking that many times can remind us of Vox, but when it comes to making policies, nothing has changed. Recently, there was a series of machete attacks in Madrid by Latino gangs and when Rocío Monasterio, Vox’s leader in Madrid, asked her about this issue, talking about immigration, Días Ayuso’s response was that the young people in those gangs are as Spanish as Santiago Abascal, the chairman of Vox. And she is also in favor of gender and LGBT laws. There is not a great political difference between her and Casado. What happens is that by the language she uses, she is more prone to meeting with Vox and having a normal relationship with Abascal’s party.

After the elections she won in the Community of Madrid last year, Isabel Díaz Ayuso has a lot of prestige and wants to lead the PP in the region. Pablo Casado, the PP’s leader at the national level, does not want this to happen because he does not want to be overshadowed. A few months ago, they called her at their office and provided her with some information they had from the socialist government, telling her that there was a possible corruption case, that she could be under investigation, and so on. And this is what they have now made public. Why now? Because the PP leadership has become weaker after the election in Castile y León. In the end, Díaz Ayuso has prevailed because she has, among others, the support of the president of Galicia, Alberto Núñez Feijóo, who may be the person who is going to replace Pablo Casado to lead the party.

Núñez Feijóo is the political leader who has applied the harshest policies during the pandemic, and he is one of the most anti-Vox politicians in the PP. So, there is no ideological question here, it is all about persons in their struggle for power. There may be many PP voters who want an ideological shift, that the PP makes agreements with Vox, but this is not the case in the leadership. 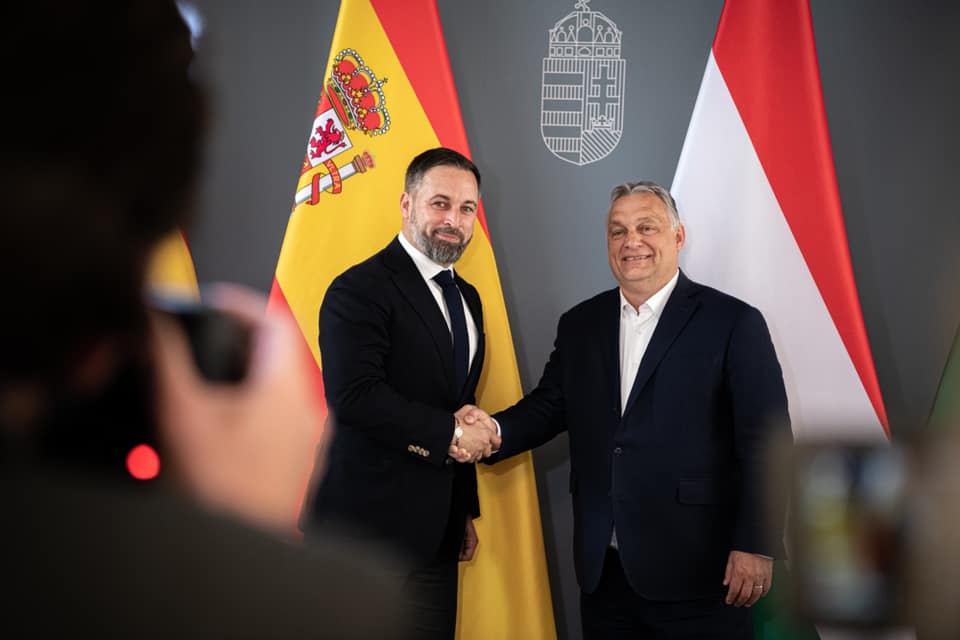 Could this crisis of the PP help Vox become the biggest party of the Spanish right?

Yes, the polls that are coming out already place Vox ahead of the PP and catching up with the Socialist Party. Before the recent events, the polls showed that the PSOE was at 25 percent, the PP at 21 percent, and Vox at 20 percent. But now there has been a rise of Vox. Many PP voters are very disillusioned by what is happening. There is one issue that Vox is doing very well: it is not trying to exploit this situation. It does not attempt to attack one side or the other. It is simply staying out of it, saying that it is another party’s internal matter and that it is bad news for Spain because, in the end, the PP and Vox are the only possible alternative to Sanchez’s government. So if the People’s Party is bleeding internally, although Vox may get more votes, it may be that this increase in votes will not be enough to be able to oust the Socialists. The spectacle that the Popular Party has been offering during the last few days is quite regrettable. The information they had against Isabel Díaz Ayuso does not prove any case of corruption, although the prosecutor’s office, being in the hands of the socialist government, is going to investigate it even when there is not enough evidence. If it is true that the Socialist Party gave this information to the PP leaders, this shows that there is an important collaboration between the leaderships of both parties. This and other recent events, such as the adoption of the labor reform thanks to a PP MP’s vote in favor “by mistake,” show how bipartisanship has been working in Spain.

Is it therefore unlikely that there will be a PP coalition government with Vox at the national level in the future?

It would be very complicated because in Spain, the liberal right is fully committed to the 2030 Agenda and this is the main problem. They are very much subject to this Agenda, and at the moment it seems that this is more important than ending the socialist government’s policies that are ruining Spain. 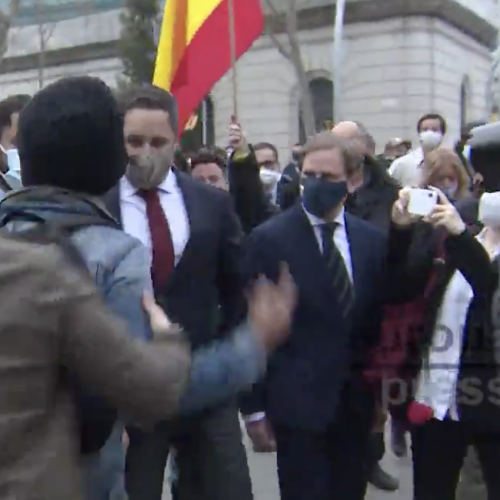