The majority of political parties in Sweden, in addition to a majority of the public, are supportive of a move to join the defensive alliance 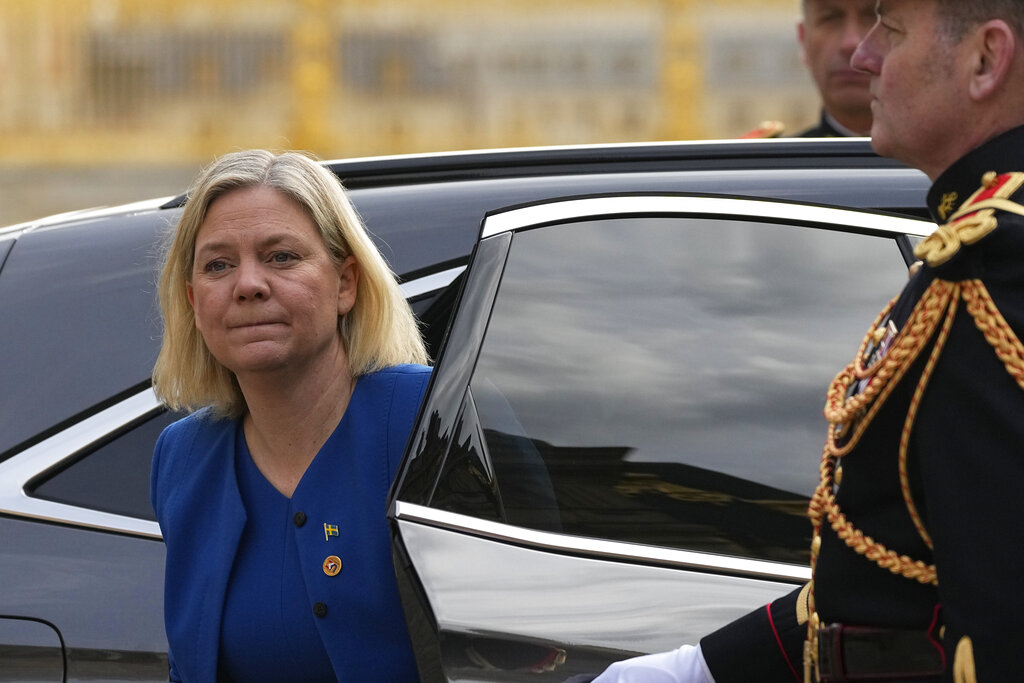 Sweden's Prime Minister Magdalena Andersson arrives at the Chateau de Versailles to attend the second day of the EU summit, Friday, March 11, 2022 in Versailles, west of Paris. European Union leaders have ruled out fulfilling Ukraine's demand for a fast-track integration with the bloc as they discussed ways to help the eastern country in its war against Russia. (AP Photo/Michel Euler)

Sweden does not plan to hold a referendum on the country’s NATO membership should parliament decide to apply for membership of the defense alliance, Prime Minister Magdalena Andersson revealed on Thursday.

The Russian invasion of Ukraine has forced Sweden and Finland to reconsider their traditional position that military neutrality is the best way to ensure national security, with both countries expected to make a decision in the coming weeks.

Prime Minister Andersson considers a referendum to be a “bad idea,” telling reporters on Thursday: “I don’t think it’s a good topic for a referendum.

“There is a lot of information about national security that is confidential, so there are important issues in such a referendum that cannot be discussed and important facts that cannot be put on the table,” she argued.

The Swedish parliament is reviewing its security policy with a report on the matter expected in mid-May.

Separately, Andersson’s Social Democrat party is debating whether to drop its objections to NATO membership.

With a majority in parliament supporting membership, the ruling party is seen as the biggest obstacle to Sweden’s candidacy. The leader of the Moderates, the largest opposition party, also rejected calls for a referendum.

“Voters … are not naive about Russia. It is very clear that Swedish voters understood what happened on Feb. 24 and drew conclusions,” Leader of the Moderates Ulf Kristersson told Aftonbladet in a debate this week with Left Party leader Nooshi Dadgostar.

Dadgostar, whose party opposes the country’s accession to the alliance, said the Swedes should have a say in the decision. “This must go back to the voters, there must be very strong democratic support in this matter,” she told Aftonbladet.

Sweden will hold legislative elections in September. A poll conducted by Demoskop and published by Aftonbladet on April 20 showed that 57 percent of respondents were in favor of the country joining NATO, up from 51 percent in March.