Slovenian PM: If Afghan women can fight against the Taliban, so can the men 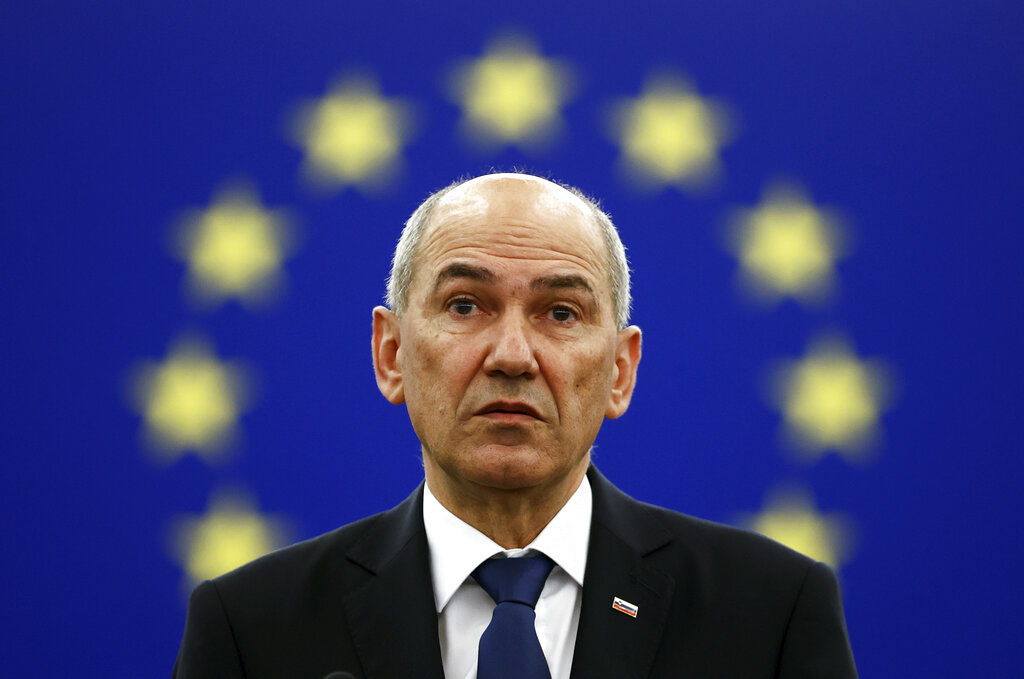 FILE - In this Tuesday, July 6, 2021 file photo, Slovenian Prime Minister Janez Jansa attends the presentation of the Slovenian Presidency during a plenary session at the European Parliament in Strasbourg, eastern France. Slovenia Prime Minister Janez Jansa on Friday July 23, 2021, accused a European Union official of being a liar in the wake of the publication this week of an annual report on adherence to the rule of law in the bloc that highlighted democratic challenges in the Balkan nation. (Christian Hartmannn/Pool Photo via AP, File)

The European Union (EU) will not open a humanitarian or migration corridor to Afghan refugees and will not allow the 2015 migration crisis to repeat itself, Slovenian Prime Minister Janez Jansa wrote on Twitter.

“We will not allow the strategic mistake of 2015 to be repeated. We will only help those who have helped us during the NATO mission and the EU Member States that are protecting our external borders,” he said.

In another Twitter post, he wrote: “If women can organize and fight the Taliban, so should men. The EU and Slovenia have no obligation to help and fund all the refugees on the planet, instead of defending their own country.” “

Slovenia has previously indicated it is ready to receive five Afghan refugees who have cooperated with the EU representation in Kabul over the past 20 years, as well as a further 14 who have assisted the Slovenian mission in Afghanistan. They added that all other refugees should be helped by countries neighboring Afghanistan.

Slovenia is holding the European Union’s revolving presidency until the end of the year.