Antique globe from 1862 restored after ten years of work 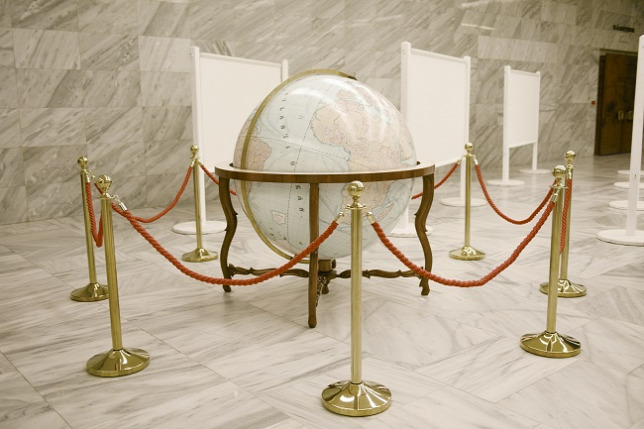 After ten years of meticulous work, archivists of the National Széchenyi Library of Budapest have fully restored what is arguably the country’s most famous globe, completed in 1862 by the cartographer László Perczel, who was well-known in Europe at the time.

Perczel began working in the early 1850s on the globe, which is made of papier-maché, entirely hand-drawn and covered with several layers of lacquer. It is held in place by a wooden framework made by Józsa Mihályi, while the brass fittings were created by József Stark.

The globe won first prize at the 1881 International Geographical Congress in Venice.

The original globe is held in the cartography section of the National Széchenyi Library. Three copies of the globe exist, one of which is now displayed in the library, another one at the Eötvös Loránd Science University and the third one is in the Hungarian prime minister’s office.

The restoration work began with taking high-resolution digital images of the globe’s segments, after which specialists had to re-create a total of 2,872 details of the drawings and 3,252 topographical names that were rendered illegible under the aging lacquer.

The names were written using the same typeface. Once the digital editing was completed, the images were printed and pasted onto the 1:10,000,000 scale cardboard globe with a diameter of 127.5 centimeters (50.2 inches).