28 American doctors will mostly work in a Czech field hospital 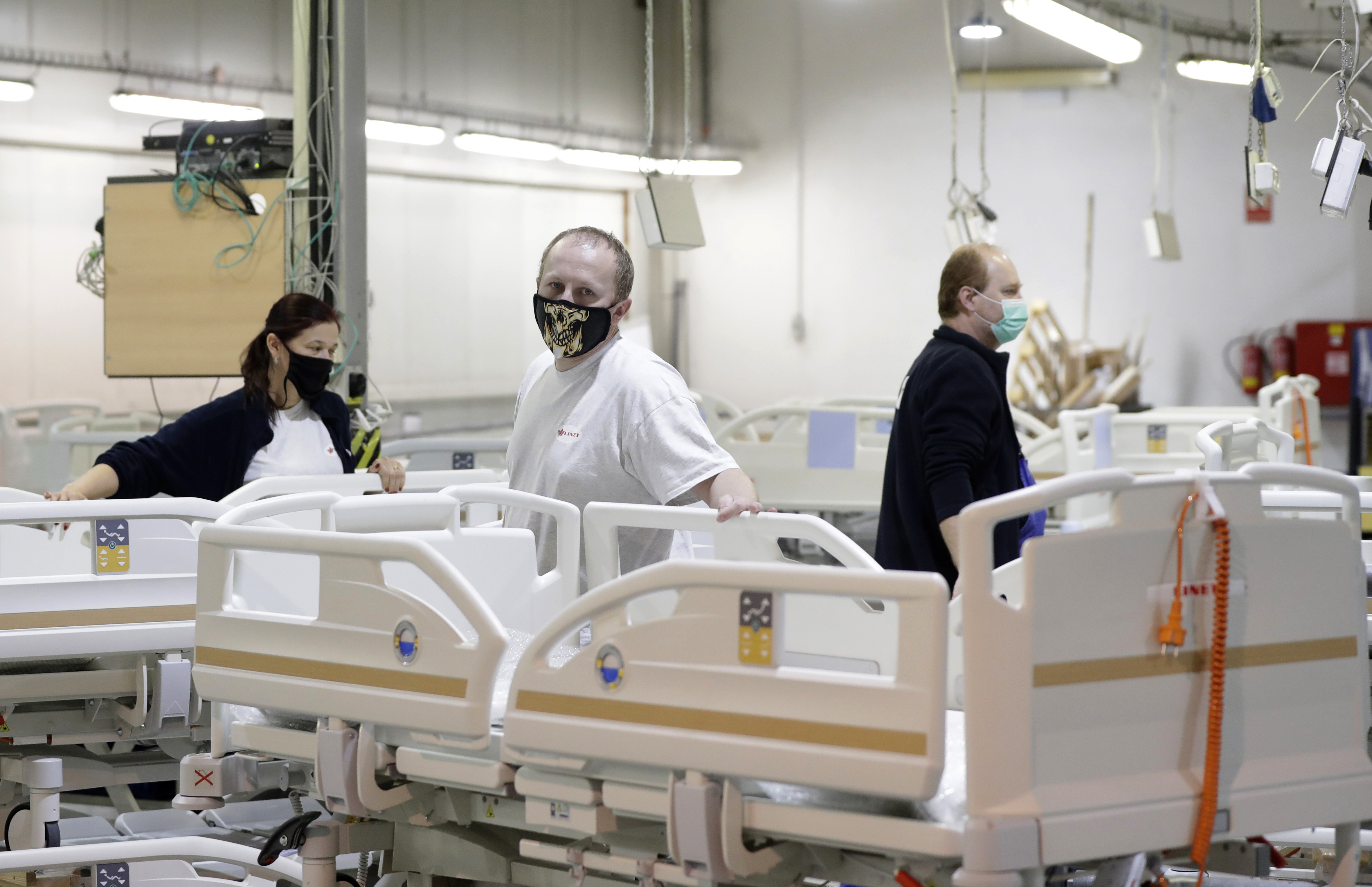 Next week, United States military doctors from the US National Guard will arrive in the Czech Republic to help fight coronavirus, where they will  mainly be deployed in the field hospital in Letňany.

“We are taking measures to prevent collapse, and we are also trying to secure some help from abroad, 28 American doctors will come here,” said Prime Minister Andrej Babiš at a press conference at a time when the number of infected people in the Czech Republic is still rising sharply, which is increasing pressure on the capacity of the Czech health care system.

The information was also confirmed by the American ambassador in Czechia, Stephen King.

“This afternoon I spoke with the Prime Minister Andrej Babiš about the Czech Republic’s fight against COVID-19. We agreed on a visit of US. military medical personnel with experience responding to coronavirus from the Nebraska and Texas National Guard to assist in this effort,” King wrote.

This afternoon I spoke with the Prime Minister @AndrejBabis about the Czech Republic’s fight against COVID-19. We agreed on a visit of U.S. military medical personnel with experience responding to coronavirus from the Nebraska and Texas National Guard to assist in this effort. pic.twitter.com/zoIEt7SzFV

“We are negotiating the arrival of 28 military doctors and paramedics who have experience in the fight against COVID-19 from the USA. We are now fine-tuning the specific details,” wrote Minister of Defense Lubomír Metnar on his Twitter.

According to Metnar, the ministry is now preparing an official invitation. Ministry spokesman Jan Pejšek said that four seven-member teams of the Texas and Nebraska National Guards with their equipment should come to the Czech Republic.

“One big meeting of representatives of the Ministry of Defense and the US Embassy in Prague has already taken place in this matter, others will follow,” said Pejšek. According to him, it is necessary to fine-tune the date, method of transport, and accommodations.

According to the Seznam Zprávy news portal, the arrival of American doctors was originally negotiated by Deputy Prime Minister and Minister of the Interior Jan Hamáček. He also requested help from the European Union and NATO.

“On that occasion, I also turned to the US Ambassador Stephen King via SMS, who I know very well, and asked if there was a possibility of bilateral assistance from the USA. He promised to check it out,“ said Hamáček.

Minister of Health Roman Prymula stated that this was a team of experienced doctors who fought against COVID-19 in the US.

“The team will be here next week,” Prymula said, adding that the Americans would also have their own protective equipment.

According to Prymula, they should go mainly to the field hospital in Letňany. Before the planned hospital opens, American doctors will be sent to selected hospitals in need of help with the crisis.

“It is a very smart team, and we have several hospitals asking for help,” added Prymula.

The Czech Republic is currently at 80 percent of the originally announced capacity of hospitals as current measures have not succeeded in reducing the reproduction number, which is now at 1.36.

“Stricter measures are, therefore, necessary,“ the minister said after the government meeting.

The detection of positive cases among those tested is about 30 percent.

“It’s a huge burden on the population,” said Health Minister Roman Prymula. According to him, the number of infected seniors is increasing. There are 2,000 of them detected in 118 isolated outbreaks in October alone. The highest growth in cases is currently in social services facilities, medical facilities, and schools, which have been already closed.

In the Czech Republic, the number of new coronavirus infections continues to rise at a record rate as almost 15,000 cases were recorded on Wednesday alone.

The construction of the field hospital was decided at the end of last week, and the soldiers began to bring the necessary material over the weekend. The main part arrived on Monday, and the rest will be delivered by the army by Friday.

If the facility opens, it will have the character of a hospital for aftercare. Patients will be placed in it for further treatment and could also be used for patients who are still in quarantine.

The hospital in Letňany should start operating when the capacity in permanent hospitals runs out. The facility will be officially operated by the Hospital in Bulovka, which has leased part of the Letňany Exhibition Center.

Military doctors and paramedics could also be deployed to the field hospital, and the army would be responsible for withdrawing patients from other hospitals in the field hospital is activated. According to Friday’s statement by Prymula, the field hospital in Letňany will be a backup and may not be used as he still believes that the increased capacity of permanent hospitals will suffice.

Title image: Workers add the final touches to a hospital bed being assembled at the Linet factory in Slany, Czech Republic, Monday, Oct. 19, 2020. A Czech hospital bedmaker with a full order book received one more order that was impossible to turn down. The company was approached by Prime Minister Andrej Babis to deliver beds for a military field hospital for 500 COVID-19 patients, to be built this week in Prague. (AP Photo/Petr David Josek)