Interestingly, 69 percent of those aged 25-34 now consider immigration levels to be too high 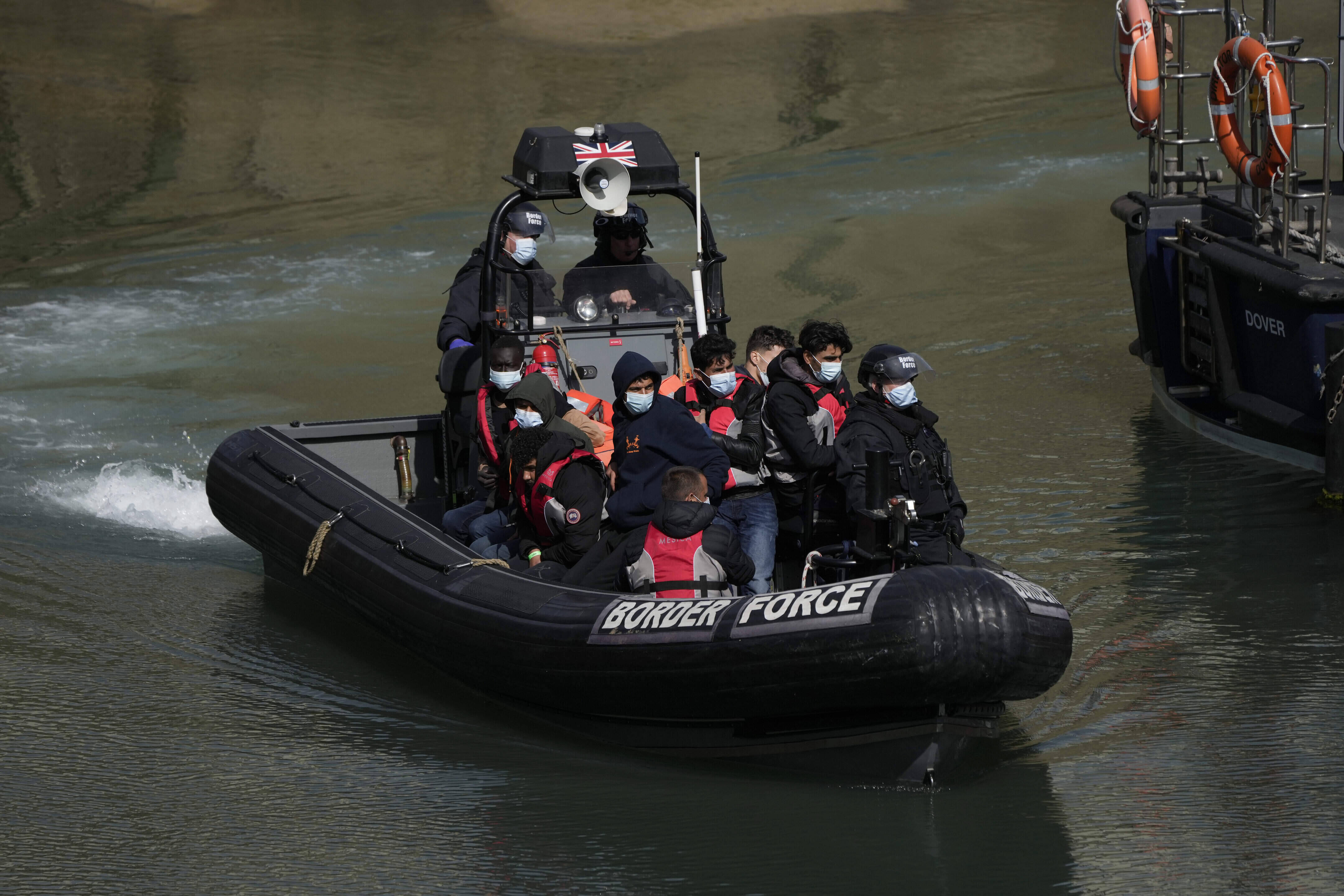 People thought to be migrants who undertook the crossing from France in small boats and were picked up in the Channel, arrive to be disembarked from a small transfer boat which ferried them from a larger British border force vessel that didn't come into the port, in Dover, south east England, Friday, June 17, 2022. (AP Photo/Matt Dunham)

Almost two-thirds of French people believe that immigration levels are too high in the country, new polling revealed.

According to a survey by the CSA Institute for CNEWS published on Thursday, 65 percent of French people are unhappy with the current trend of rising immigration and consider it a pressing issue that needs to be addressed.

In detail, when asked whether immigration was too high, 30 percent of respondents replied “Yes, absolutely,” with another 35 percent replying “Rather, yes.”

On the contrary, 11 percent emphatically disagreed with the statement and 24 percent of respondents somewhat disagreed.

There was also a clear divide when taking into account political ideologies, with 65 percent of socialists and 62 percent of environmentalists believing immigration levels are not too high. More surprisingly, the score among La France Insoumise voters is much tighter, with only 51 percent of respondents thinking like their NUPES allies on the subject.

Meanwhile, 59 percent of those closely aligned to the Renaissance party (former LREM) think there is too much immigration in the country, and the figure reaches 95 percent for center-right Les Républicains sympathizers. The view was unanimous among supporters of Reconquête and the National Rally with 100 percent agreeing with the statement.

Firebrand nationalist Marine Le Pen made immigration one of the most discussed topics before the second round of the legislative elections, pledging to address the problems of immigration, insecurity and Islamization if the French people backed her party, a pledge that resonated with voters and resulted in the election of 89 National Rally deputies.

The researchers conducted the survey on June 21-22, using a representative sample of 1,010 people aged 18 and over.