Another letter from US Ambassador to Polish government leaks

Georgette Mosbacher, the US Ambassador to Poland has seen another letter to the government made public. This time the issue was draft legislation unfavorable to Uber. 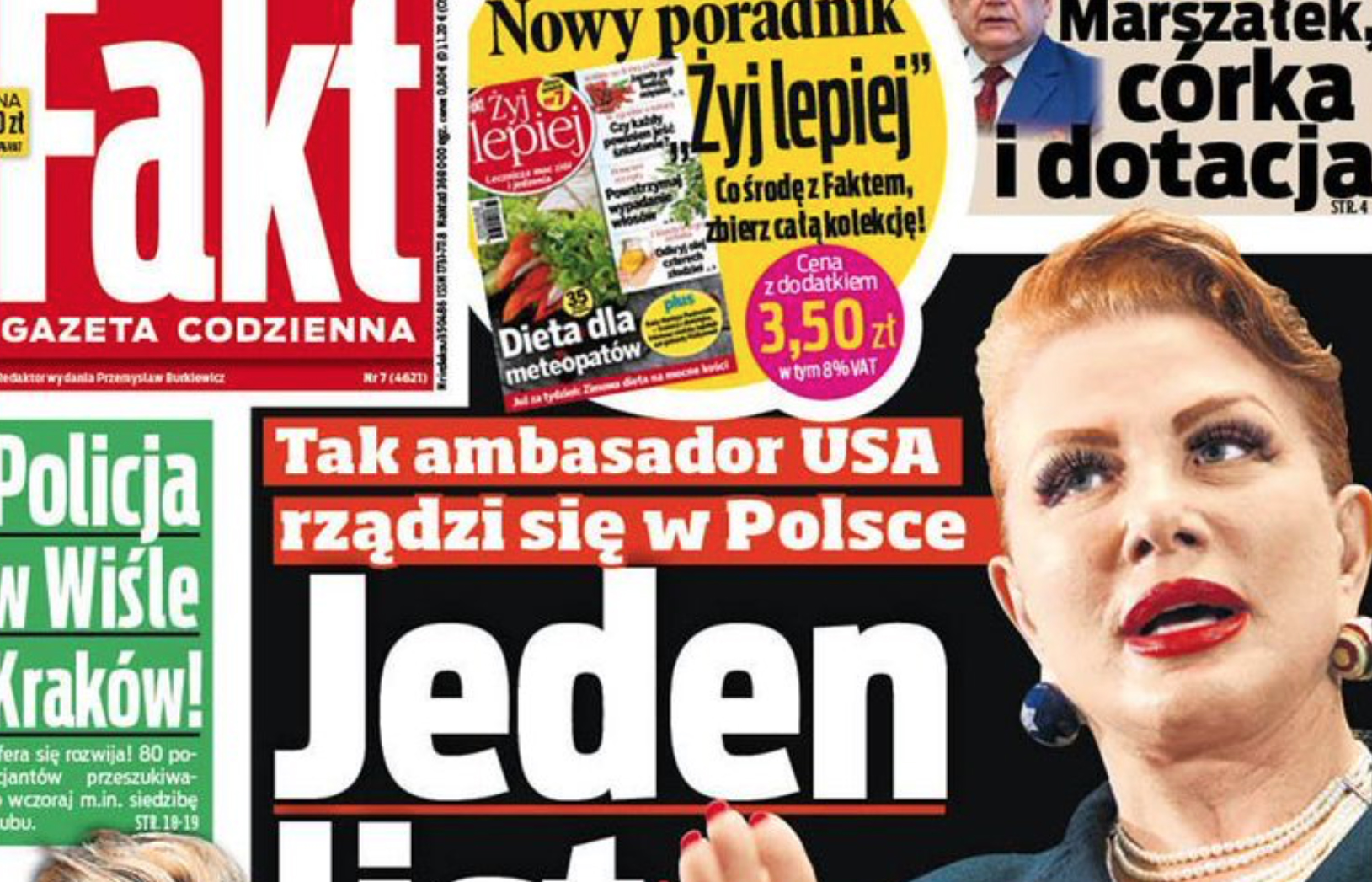 The US Ambassador’s intervention concerned draft legislation that would have made it hard for Uber to remain in the Polish market. This action comes on the back of her previous interventions over proposals for a deconcentration of the media ownership law and interests in drug company “Roche”.

“Please do not make a mistake that could have far-reaching consequences,” wrote the US Ambassador in a letter in which she demanded the Polish government withdraw the draft and warned that unless this is done, technological investment in Poland could be frozen.

“I don’t understand why Poland is considering such a move. Stopping one of the largest technological firms in the world from being active on the Polish market would undoubtedly freeze future investment in the sector,” argued Ms Mosbacher.

The legislative draft was submitted to the Legal Committee of the Council of Ministers in October last year, a day before protests by taxi drivers against Uber. The letter from the US ambassador was written a few days after that.

Despite the fact that the transport minister backs the draft law, it is not likely to be processed at the present time and is unlikely to see the light of day in advance of the Parliamentary elections in the autumn.