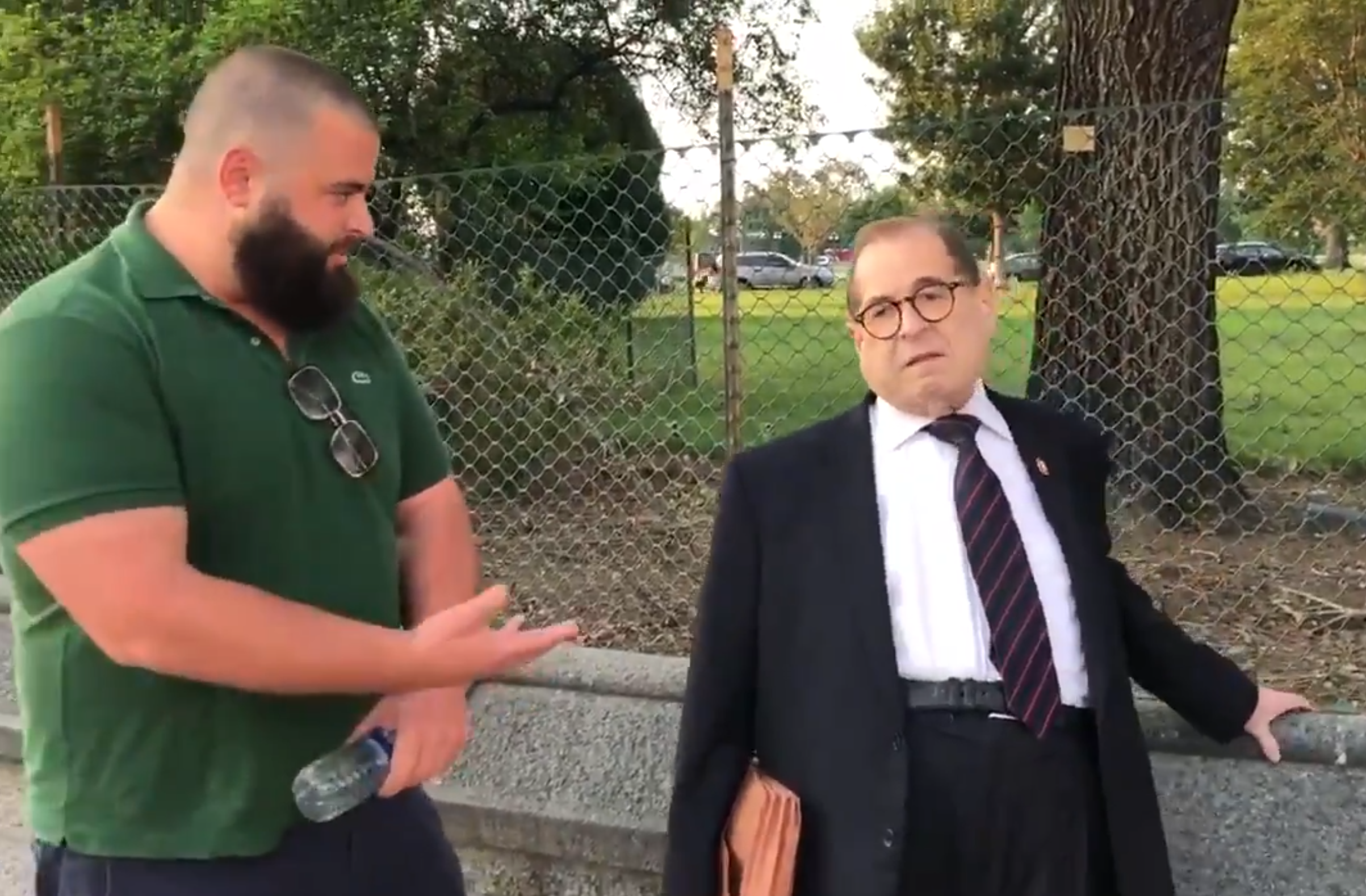 Despite weeks of violence in the United Staters from Antifa members, Rep. Jerry Nadler (D-NY) said during an interview caught on camera yesterday that Antifa violence is a “myth”.

His comments come at the same time that Seattle police have released body-cam footage showing protesters launching projectiles and commercial-grade fireworks at them, resulting in 59 police officers being injured, including many with burns.

Nadler was stopped for an interview by producer Austen Fletcher who asked whether Nadler disavowed the Antifa violence occurring in American cities like Portland.

In a video that has been seen millions of times, Nadler responded that it was a “myth that’s being spread only in Washington D.C.”

Fletcher immediately took issue with Nadler’s response, saying, “Sir, there are videos everywhere online. There are fires and riots, they’re throwing fireworks at federal officers, DHS is there. Look online, it gets crazy, Mr. Nadler.”

I ran into Jerry Nadler in DC and asked him to disavow the Antifa violence/rioting in Portland.

Prominent conservatives, including Eric Trump and Jack Posobiec, said the interview was evidence that the Washington D.C. Democratic establishment is disconnected from the grim reality taking place in cities like Portland.

Conservative activists have been targeted by Antifa inside the city. Black conservative videographer Drew Duncomb, who goes by the name Black Rebel on social media, was stabbed by Antifa member convicted pedophile Blake David Hampe.

I guess @JerryNadler thinks my stab wound is a myth too. https://t.co/bOJuR1QBvO

A fund has since been set up for Duncomb to receive online donations to cover his medical bills.

A recent report from the Associated Press also highlighted the level of violence Antifa is directing at federal U.S. Marshals in Portland during demonstrations, with one AP journalist offering a firsthand account of his experience embedded with the agents on Sunday:

“We are not here being violent or being destructive. We have a positive message — there is nothing to quell here,” she said, referencing Trump’s statement that the agents were there to quell unrest. “The people of Portland are saying, ‘We don’t want this presence here and we don’t think we need them at all.’”

As she spoke, small pods of three to four protesters dressed in black circulated in the crowd, stopping every few minutes to point green laser beams in the eyes of agents posted as lookouts on porticoes on the courthouse’s upper stories. The agents above were silhouetted against the dark sky as dozens of green laser dots and a large spotlight played on the courthouse walls, projected from the back of the crowd.

Thirty minutes later, someone fired a commercial-grade firework inside the fence. Next came a flare and then protesters began using an angle grinder to eat away at the fence. A barrage of items came whizzing into the courthouse: rocks, cans of beans, water bottles, potatoes and rubber bouncy balls that cause the agents to slip and fall.

The report also indicates that agents inside the courthouse maintain a strict policy of keeping lights off inside the facility. The reason?

Without lights, the agents hoped they would be better protected from people in the crowd who were firing metal ball bearings through the windows with sling shots. Thick ribbons of green light from blinding lasers crisscrossed the courthouse lobby, forcing the agents who were resting in between deployments to the fence to duck and weave to protect their eyes.

Citizen journalists have also been documenting scenes that highlight the level of violence Antifa groups are directing at federal agents in Portland.

Protestors move forward after federal officers retreat inside the courthouse, protestor raises their hand in victory, colorful balloons in the distance pic.twitter.com/9JQ3gwQfM6 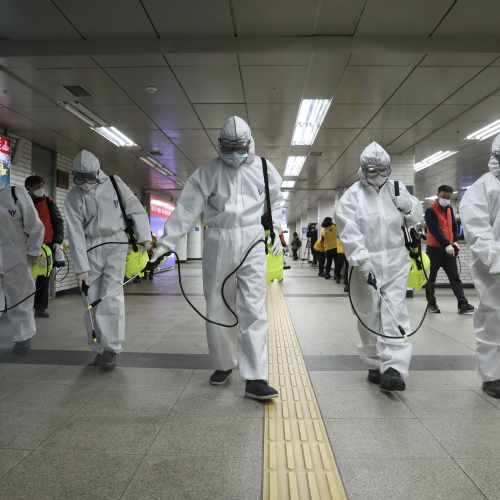