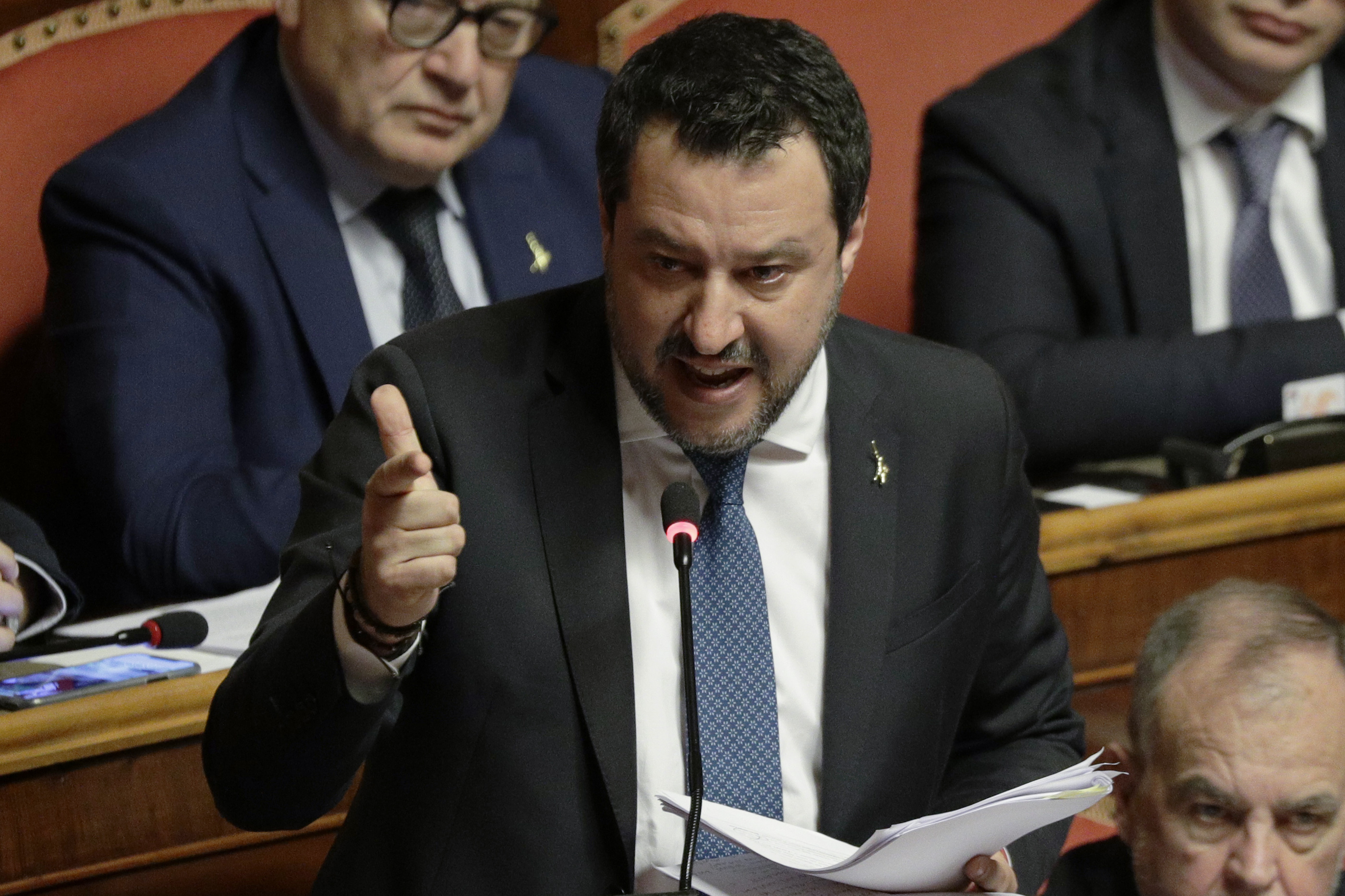 Over 700 migrants have escaped migrant detention facilities in Italy, leading Italian opposition leader Matteo Salvini said on his Facebook page that the government is aiding the import of the coronavirus pandemic into the country with its policies.

Approximately 520 migrants fled the migration center in the Sicilian port of Porto Empedocle over the weekend. According to ANSA, the center has capacity for only 100 migrants and 520 migrants were inside, leading to overcrowding. Almost all 520 broke out of a temporary quarantine set up inside the camp, according to Novinky.cz.

In addition, police also announced on Monday that in a separate incident that 200 more migrants had fled another center in Caltanisseta, Sicily in violation of. two-week quarantine over the weekend. Most of them have already been detained, and according to local media, they will once again be quarantined.

Caltanisetta Mayor Roberto Gambino said that while preliminary medical examinations showed they did not carry the virus, the two-week quarantine still applied to them. He added that his town will refuse to take in any more migrants.

Salvini says that the government is losing control of the migrant situation during a period where Italy is experiencing a rapid rise in illegal arrivals landing on the country’s shores.

“This government puts Italy in danger with aggressive and clever checks for Italians, while letting hundreds of potentially infected immigrants escape from migrant centers. Lamorgese, wake up!” Salvini wrote in a Facebook message. The message was directed to Luciana Lamorgese, the 66-year-old public servant who has worked as a migration specialist at the Ministry of Interior for decades.

When Prime Minister Giuseppe Conte formed his leftist government last September, she replaced Salvini as minister of interior and has become known for her radically lax approach to the migration crisis even as Italy struggles to deal with the fallout from the coronavirus crisis.

Another opposition politician, League MP Elena Murelli, said in the Italian Parliament that the government was attempting to stay in power by perpetuating the migration crisis.

“The healthcare emergency is coming to an end, but the government doesn’t know how to keep their velvet seats, thus it has resorted to importing Covid,” Murelli said. “This is not racism, but a matter of common sense, as it threatens health and safety in the country.”

As the number of migrants reaching Italy via the Mediterranean is mounting, last week over 350 illegal immigrants from Tunisia have been taken to a refugee center in Caltanisetta, located in central Sicily, for a two-week quarantine.

“400 immigrants transferred from Sicily to Cara di Bari-Palese in Puglia’s so-called ‘refugee camp’ in the face of a health crisis and dropping tourism? Madness by PD,” Salvini wrote. By PD, he was referring the country’s ruling Democratic Party.