An expert said that the offender’s discernment was impaired 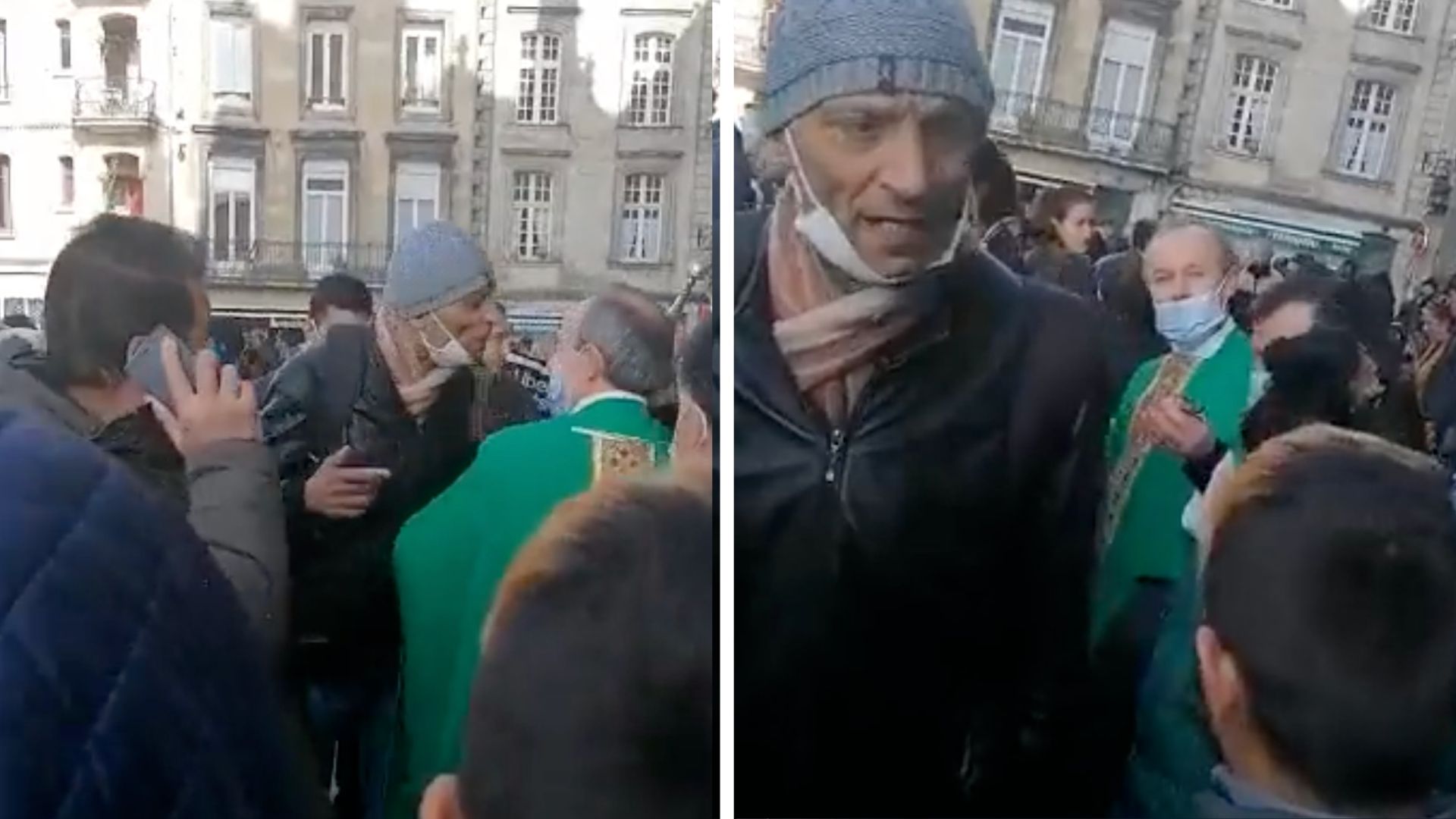 On Sunday, Feb. 27, a man spat in the face of a French priest who was blessing local vendors with holy water outside Saint-Michel basilica in Bordeaux.

In the video, the man is seen spitting in the priest’s face and saying in Arabic, “F*k your father and f*k your mother’s p*ssy.”

The priest had not filed a criminal complaint, but the prosecution had opened an investigation nonetheless, reported Le Figaro. The suspect was arrested with a switchblade and charged with harassing the priest based on his religion.

National Rally politician Edwige Diaz posted about the incident on her Facebook page and shared the video, writing, “In Bordeaux, in the Saint-Michel district plagued by massive immigration, a priest can no longer lead a mass without being spat on by scum! Those who defend ‘living together’ never inflict ‘living together’ on themselves.”

As a result of the case, the offender was ordered to attend a citizenship course and banned from appearing within the perimeter of the square at the Saint-Michel basilica for six months.

Furthermore, the man was summoned to the prosecutor’s office to discuss a plea on March 18. The proceeding allows the public prosecutor to propose a sanction to the perpetrator to avoid a trial, which will be available only if he admits guilt.

However, if he refuses the deal, the prosecutor can proceed with a trial.

The incident was also caught on a video posted on Twitter by Infos Bordeaux and was widely commented on, especially in conservative circles due to the man’s Arabic background.

It features the priest, on the forecourt of the basilica, trying to make his way through a crowd of itinerant traders while blessing them. The offender then approaches him and spits in his face.

“In police custody, the person concerned recognized the offense but denied knowing the status of the priest, while explaining his gesture of exasperation from receiving the holy water on his head. He was subjected to psychiatric expertise, and the expert concluded that his discernment was impaired,” the Bordeaux prosecutor’s office reported.

“The criminal composition sanctions the acts committed against the priest, whose position he could not ignore given the clothes and attributes he wore allowing his identification, as well as the prohibited carrying of category D weapons,” specified the prosecutor’s office.

The charged individual is also facing criminal proceedings for other past incidents.