US slams door on MiG fighter jets for Ukraine

Earlier, Polish PM Mateusz Morawiecki stressed that decision on MIG-29s had to be unanimous and made by ell NATO members 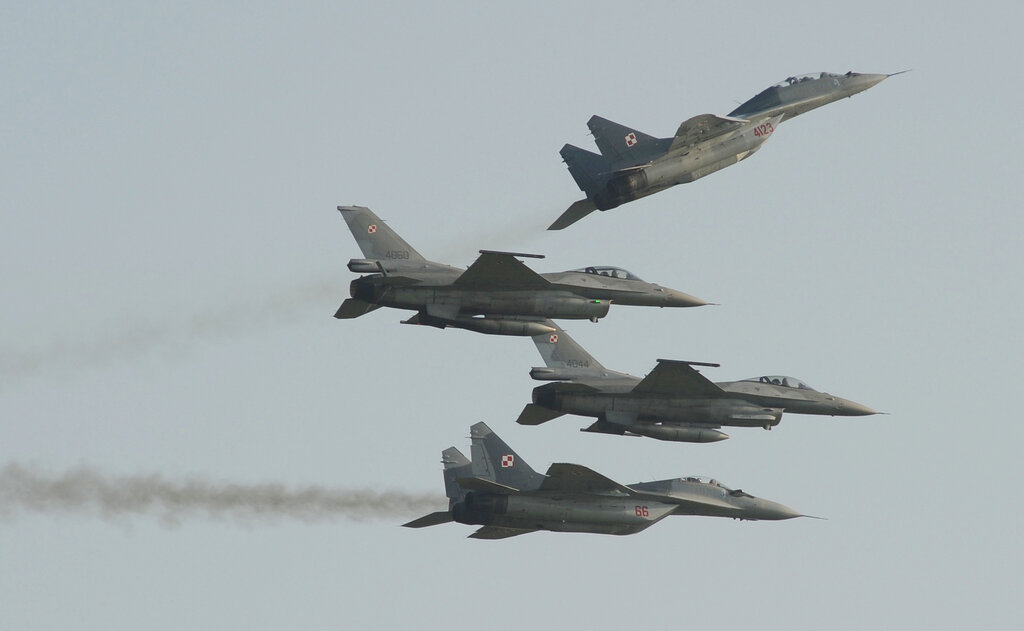 The Pentagon has slammed the door on any plans to provide MiG-29 fighter jets to Ukraine, even through a second country, calling it a “high-risk” venture that would not significantly change the effectiveness of the Ukrainian Air Force, according to a report from the Associated Press.

Warsaw had proposed for the American side to take over the aircraft and give them to Ukraine through bases in Germany. In exchange, Poland was to receive used F-16s from the U.S.

U.S. Vice President Kamala Harris landed in Warsaw late Wednesday on the first leg of her trip to Poland and Romania. It is unclear, after the Pentagon’s latest statement, whether the MiGs issue will be discussed during talks with Polish politicians.

Earlier on Wednesday, during his visit to Austria, the Polish prime minister emphasized that a decision as serious as the one to send MIG-29 fighter jets to Ukraine had to be unanimous and made by the entire North Atlantic Alliance.

“The decisions now lie with the Americans. We only deliver defensive weaponry, which is why we did not agree to send planes to Ukraine on our own. This has to be a unanimous NATO decision. We are fighting for peace, but also for Ukraine to survive as an independent state,” the prime minister stated.

Morawiecki underlined that neither Poland nor NATO had entered the war in Ukraine.

The Polish prime minister also stressed the severity and brutality of Russia’s aggression.

“Russia attacked Ukrainian towns and villages with its whole army, which is currently committing war crimes in the country. We have evidence and we will present this evidence, as will Ukraine,” he said.

“They are committing war crimes on a regular basis, which is why we must cut this war’s oxygen supply — a war cannot have oxygen. And what is Putin’s war machine’s oxygen? Money coming from oligarchs from oil and gas investments and other export goods,” he explained.

Morawiecki also raised this issue during his visit to London and his talks with U.K. Prime Minister Boris Johnson on Tuesday.

“A new geopolitical order is being shaped beyond our Eastern border. We want to cooperate with a peace-inclined Russia, but we cannot allow for it to destroy Ukraine in such a way. Today, Ukrainians are fighting for basic European values,” the Polish prime minister said.