Talks are currently being held concerning the further strengthening of the U.S. military presence in Poland 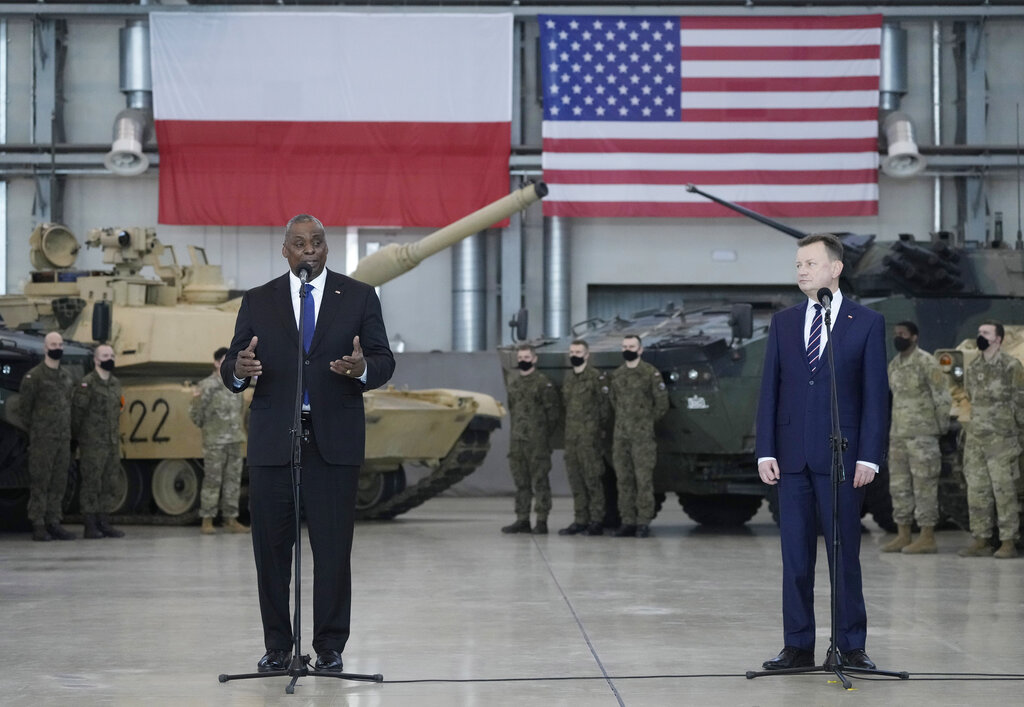 Additional U.S. troops could be sent to Poland in the coming days, with a large contingent remaining stationed in the country indefinitely should Russia invade Ukraine, according to information acquired by the Dziennik Gazeta Prawna (DGP) newspaper.

Reports suggest that a heavier U.S. military presence will remain indefinitely along NATO’s eastern flank should Vladimir Putin’s Russian army cross into Ukraine, and while the term “permanent presence” was not used by the paper’s sources, this is essentially what will occur, the DGP newspaper reports.

In the case of war, decisions about expanding the U.S. military presence would most likely discussed at the upcoming NATO summit in Madrid at the end of June.

Over the last few weeks, an additional 4,700 U.S. soldiers have been sent to Poland. There are currently almost 9,000 American troops stationed across the country and around half of those have been deployed on the basis of a constant rotation.

“This is the fourth largest U.S. armed forces group in Europe,” U.S. Secretary of Defense Lloyd Austin explained on Friday in Warsaw during his joint press conference with Polish Defense Minister Mariusz Błaszczak.

Simultaneously, Vladimir Putin has been escalating tensions. Over the weekend, Russia carried out drills using strategic nuclear forces. It has also concluded drills in Belarus and provocations have constantly been organized on the so-called demarcation line between the Russian-backed rebels in the Donbas region and Ukraine.

Moscow is counting on a repeat of what it managed to do in 2008 against Georgia, and force a response from Ukraine that it will then justify as a pretext for war.

The evacuation of large towns in the Donbas are meant to serve this purpose. Observers are worried that the Russians may be searching for something more spectacular than artillery fire or set-up car explosions.

Some experts have warned that to prove the necessity of causing a war, Russia may decide to carry out a chemical attack on the separatist republics and pin the blame on Kiev.