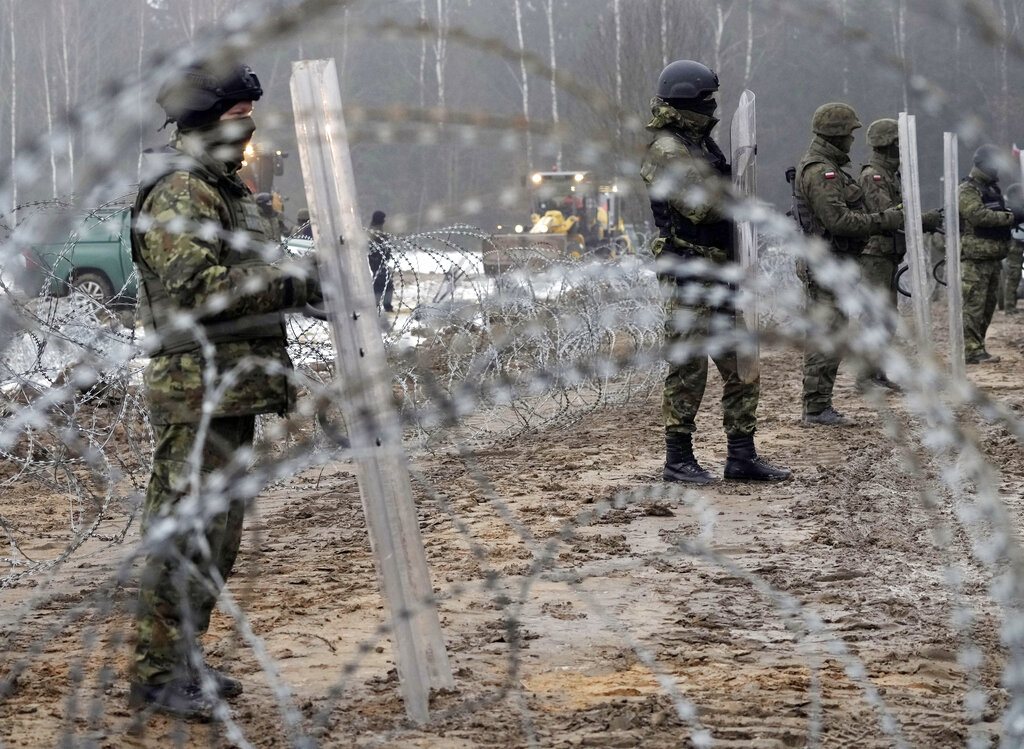 Polish authorities used drone equipment to locate and disrupt a group of 16 migrants attempting to illegally cross into the country from Belarus on Sunday, a spokeswoman for the Polish Border Guard has confirmed.

The group were caught attempting to enter Poland near to the village of Czeremsza early on Sunday morning, Polish Border Guard lieutenant Anna Michalska announced. She also noted that Belarusian border officials had assaulted Polish authorities with rocks as they attempted to contain the situation.

Czeremsza has already been targeted by illegal migrants attempting to cross into the European Union this year, and the problems Polish border guards experience from their Belarusian counterparts are well documented.

“Sixteen people had crossed onto the Polish side. Among them were 10 Egyptian citizens, three Syrians, two people from Senegal and one from India,” Michalska revealed. “A drone was used to stop the foreigners, as it allowed to locate the persons and find out whether more of them weren’t hiding in the area,” she added.

Michalska also stated that 20 individuals had been detained following attempts to cross the border near to several other villages in the area on Saturday.

“This was not a forcible border crossing. These people had cut the concertina wire. The largest group was in the village Mielnik. Among the detained were citizens from India, Ghana, Yemen, Egypt and Syria,” she stated.

The spokeswoman also revealed how a Russian citizen, who swam across the Bug River to cross the border on Saturday, has applied for international protection and is currently being cared for.

Since the start of the year, the Polish Border Guard has recorded over 1,200 attempts to illegally cross the Polish-Belarusian border. In 2021 there had been 39,700 such attempts — the most (17,500) took place in October.

A ban on non-residents has been introduced in 183 towns in the border regions from Dec. 1, 2021 to March 1, 2022. Only local businessmen and residents are exempt from the ban. In response to the migration crisis orchestrated by Belarus, the Polish government has commenced construction of a 186-kilometer barrier along its border with the country, equipped with modern surveillance equipment.