Despite some signs that Russian President Vladimir Putin and French President Emmanuel Macron struck tentative peace talks to avoid a conflict in Ukraine, the Czech Foreign Ministry claims Russia is not withdrawing troops and Czech should avoid travel to Ukraine.

“I would like to appeal to Czech citizens to be careful about various disinformation and media manipulation and games. We are witnessing that the Russian Federation primarily produces a wide range of falsified information and creates scenarios that would help it justify possible aggression against Ukraine,” claimed Czech Foreign Minister Jan Lipavský.

According to the Czech Republic, Russian troops are not withdrawing from the border with Ukraine, Lipavský said. The number of Russian soldiers is approaching 200,000, as he stated. He considers the statements about the withdrawal of units to be part of the disseminated disinformation.

In response to tensions between Russia and Ukraine, the Czech Republic is preparing another medical aid package to Ukraine in the amount of ten million korunas (€411,202). After a meeting of the crisis staff of his department, Lipavský also called on the Czechs not to travel to Ukraine.

“The ministry has set up a group to coordinate and prepare humanitarian aid for Ukraine,” Lipavský said during a press conference on Sunday.

While Czechia is warning against travel to Ukraine, at the same time, the ministry is actively communicating with the Czechs currently in the country.

“We record 114 Czechs currently situated in Ukraine via the Drozd system (voluntary registration system for Czech citizens traveling abroad). We are in touch with them,” affirmed Lipavský.

“The Czech embassy in Kyiv still remains open. Last week, we reduced the number of employees there. For example, we leave the consul there so that consular activities are available,” he added.

According to the minister, his department is preparing for all possible scenarios of local development. It has also updated travel measures, the exact form of which has not yet been published. 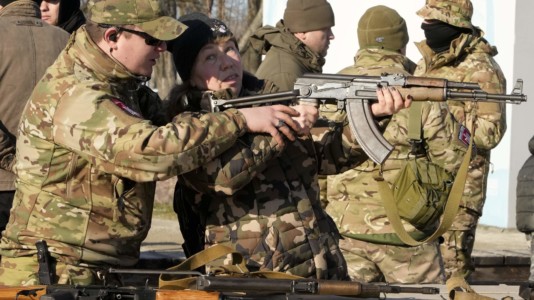