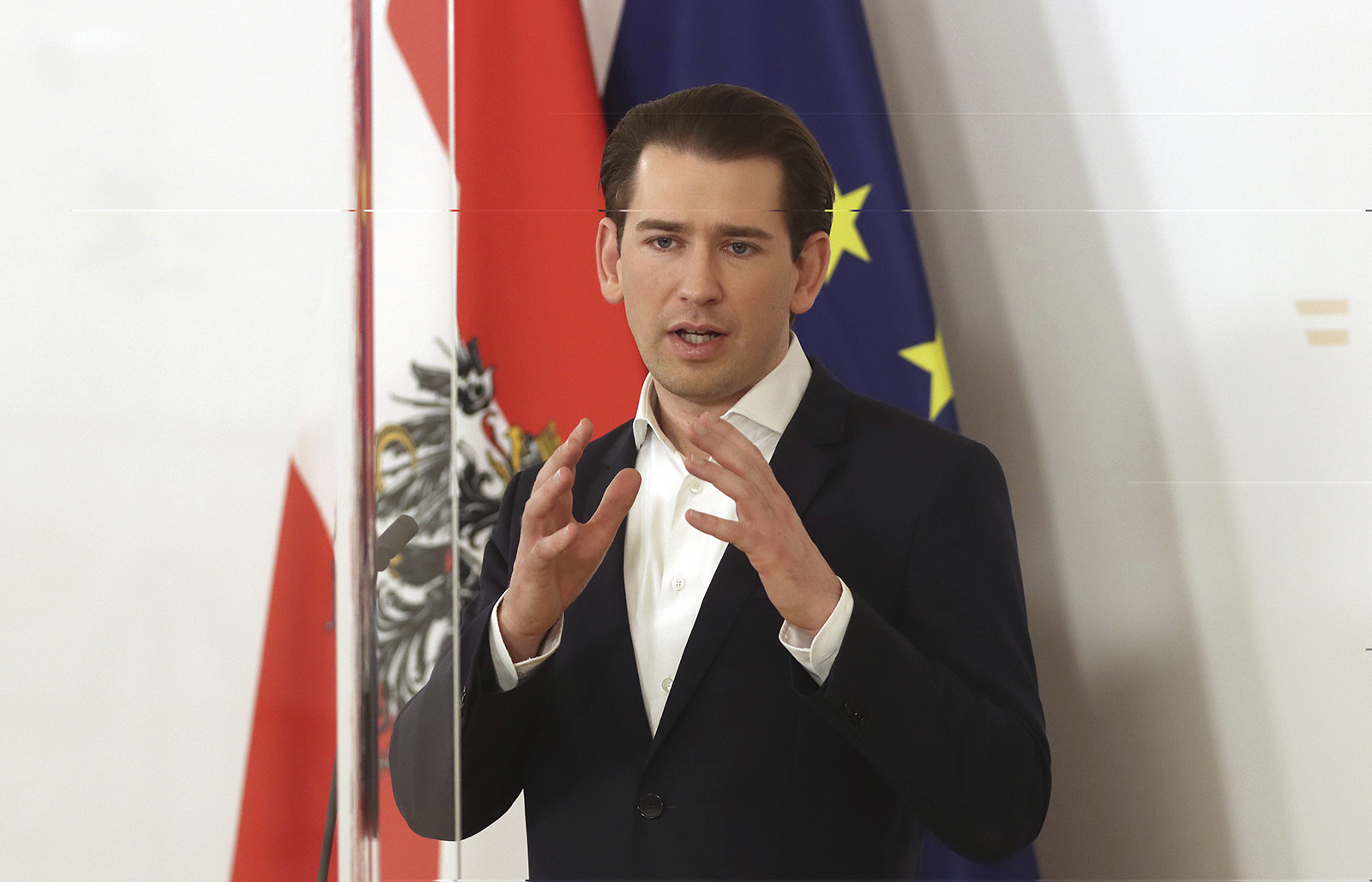 Austria cannot depend on the European Union alone in its vaccination strategy, Chancellor Sebastian Kurz said on Tuesday, two days before embarking on a visit to Israel together with Danish Prime Minister Mette Frederiksen.

“We cannot depend solely and exclusively on the European Union,” Kurz said. He and Frederiksen will meet Israeli President Benjamin Netanyahu on Thursday to discuss possible cooperation in joint research and production of a vaccine against the coronavirus.

“We have to live with the virus and its mutations in the future,” Kurz said. Leading researchers also warn that Austria will need 30 million doses of vaccine a year.

“Therefore, we cannot rely solely on the Union, and together with Israel and Denmark, we are working to be able to achieve results in vaccine research and production on our own,” he added.

“The slowness of the European Medicines Agency’s authorization mechanism and the lack of capacity and supply volumes of pharmaceutical companies have led Austria to seek separate routes,” Kurz said.

The Austrian Chancellor met with leading representatives of the pharmaceutical industry during the day, with Heinz Fassmann, minister of science and research, and Margarete Schramböck, minister of economic affairs, also attending the meeting. Renee Gallo-Daniel, president of the Austrian Association of Vaccine Manufacturers, called the Chancellor’s plan an innovative initiative. He stated that he strongly approves of a country being able to produce vaccines locally.

“As the adaptation of vaccines to different viral mutations will be an ongoing task in the future, it is highly welcome to think ahead or in the long run,” added Gallo-Daniel.

In Austria, 1,920 people have been infected with the virus in the last 24 hours, and 462,769 positive cases have been registered since the outbreak began. The number of people cared for in hospital is 1,427, and there are 296 people in need of intensive care. Of the complications of the disease caused by the viral infection, 31 died in the past day, bringing the death toll to 8,605. The number of people who recovered from the disease was 433,873.

The Danish prime minister also confirmed the planned visit with the Austrian chancellor and the fact that his country can produce vaccines in cooperation with Austria and Israel. In a statement Tuesday, Frederiksen did not rule out the possibility that her country could co-own a plant producing coronavirus vaccines in Israel.

“We are in concrete talks in Israel on how we can increase vaccine production,” Frederiksen told reporters, according to a report by the Danish news agency Ritzau.

“I am glad that Denmark can cooperate with Israel, which is currently a world leader in the fight against the epidemic,” she added.