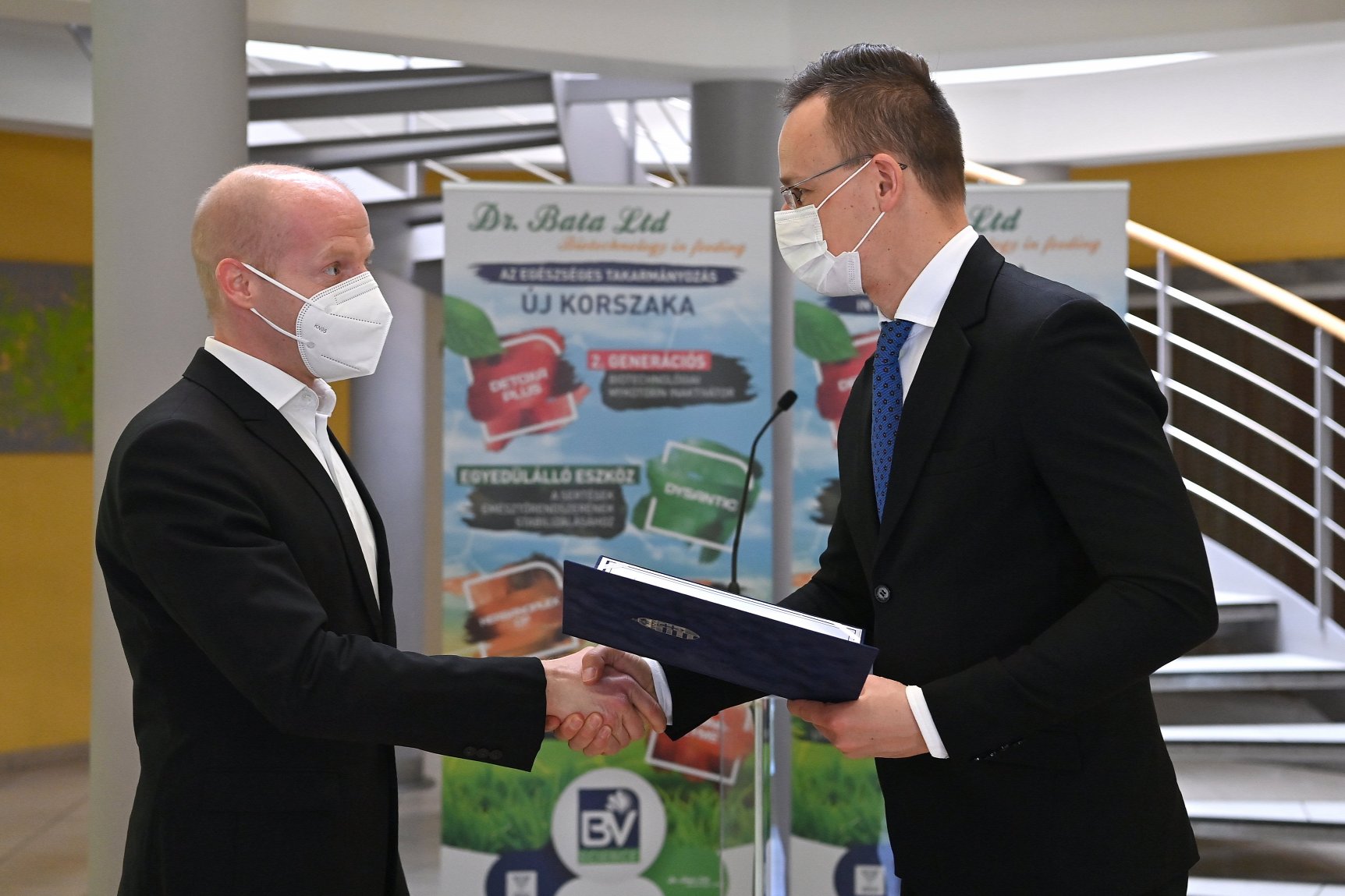 Despite being only 94th in population size, Hungary’s exports last year exceeded €100 billion again, putting it 34th among the world’s exporters, said Minister of Foreign Affairs and Trade Péter Szijjártó on Tuesday after granting a local firm a 1 billion forint (€2.8 million) export incentive.

According to Szijjártó, the country has reached the upper limit of its export performance and further progress is conceivable only if Hungarian companies producing for export can physically get closer to their markets and can at least partially outsource their production. This will hopefully lead to another increase in exports, and the government wants to support this process, he added.

The minister mentioned that the company which received the grant, Dr. Bata Zrt. produces feed supplements using fermentation processes. The company received the current non-refundable foreign market growth support of more than 1 billion forints for an investment in Brazil, where a plant producing feed additives and its laboratory background will be set up from 1.8 billion forints.

Dr. Bata Zrt. was established in 1987 by Hungarian chemical engineers using new fermentation processes to produce feed additives. The veterinary challenges of the last 30 years have led to the development of a number of patented products based on plant extracts.

In 2019, the last pre-pandemic year the company had 46 employees, a net profit after of 670 million forints.