Austria, Czechia and other nations want EU summit on ‘unfair’ allocation of vaccines 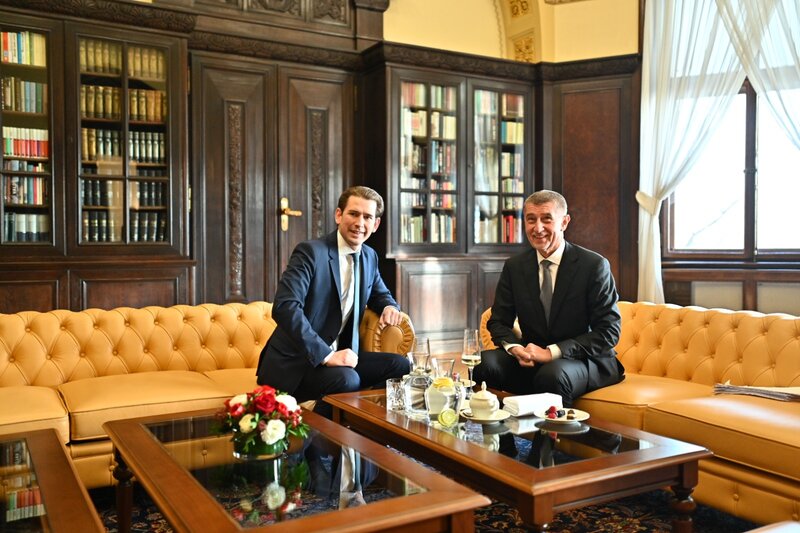 The prime ministers of five European countries, including Czech Prime Minister Andrej Babiš, called on the EU to hold a summit on vaccine allocation as soon as possible, the APA agency reported. According to them, the distribution of vaccines is unfair and leaving member states unable to reach their vaccination targets in the second quarter of this year.

The letter from Babiš, Austrian Chancellor Sebastian Kurz and three other EU leaders was published on Saturday.

On Friday, Kurz stated that COVID-19 vaccines are not distributed fairly in the EU according to the population of individual states, as the members of the bloc originally agreed.

Babiš pointed to the still insufficient and often quite unpredictable supply of vaccines.

“I believe that until supplies are sufficient to vaccinate 70 percent of the adult population, which the Commission says is a common EU target we should achieve in June, supplies should be distributed strictly by population,” he told the Czech News Agency.

He emphasized that it was not a matter of changing the number of vaccines ordered by the member states, but of making sure that all EU countries had a chance to vaccinate at the same rate, at least in the first half of the year. He mentioned that the principle of equal speed of delivery was confirmed by EU leaders on several occasions at joint meetings.

“According to this, member states have had the opportunity to order vaccines for the whole of 2021. Some member states have decided to order several times more vaccines than the population. The Czech Republic has currently ordered more than 25 million vaccines, most of which are two-dose,” he said. He added that the supplies of pharmaceutical companies are still insufficient.

The letter, addressed to European Commission President Ursula von der Leyen and the President of the European Council Charles Michel, was signed by the prime ministers of Slovenia, Bulgaria, and Latvia in addition to the Austrian and Czech prime ministers. The letter mentions the findings with which Kurz came at Friday’s conference.

“If the system continues to work this way, huge inequalities between member states will emerge by the summer and will deepen. Some could achieve collective immunity in a few weeks, while others would lag far behind,” five prime ministers wrote. “Not only is this, in our view, contrary to the agreement reached, but it is also contrary to the European spirit of solidarity,” they added, asking Michel to allow these issues to be discussed at the summit as soon as possible.

The Austrian Ministry of Health rejected Kurz’s criticism of the distribution of vaccines among the member states. Its secretary-general, Ines Stilling, called the EU talks on ORF-Radio Ö1 “balanced and transparent”. According to her, each member state had the opportunity to order as many doses from different vaccine manufacturers as it wanted, and countries have ordered different amounts of vaccines from different companies.

Among other things, Kurz expressed suspicion that there were side agreements between individual member states and pharmaceutical companies. He said, for example, that Malta would receive three times more doses per capita than Bulgaria by the end of June, and that Croatia would receive twice as much as the Netherlands in the same period.

According to the APA agency, the current system harms only three of the five nations that signed the letter, namely the Czech Republic, Bulgaria, and Latvia. Slovenia and Austria, on the other hand, have received doses corresponding with their population.

Malta rejected Kurz’s criticism, as well as Germany, which also received more doses. A spokesman for the EU executive said that states do not have to use all their allocated doses. He, however, declined to comment on separate contracts with manufacturers In recent months, the European Commission has been critical of some individual contracts with EU-wide supply companies, such as those concluded by Germany.