Babiš: The EU must keep its promises 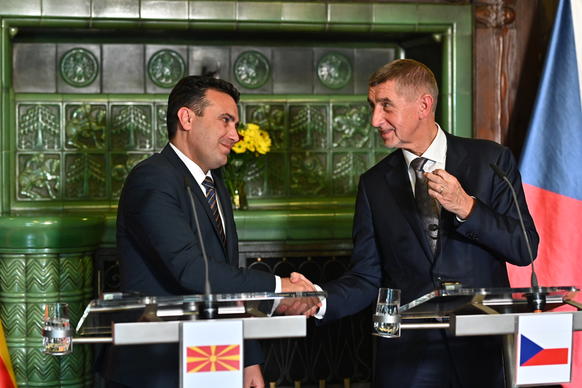 Accession negotiations with Albania and North Macedonia, which has been an EU candidate country for 15 years, were already underway at the EU summit in October. However, France has blocked the efforts despite the support of Visegrad Four nations and most other EU members.

Zaev identified the decision of the European Council as a historic mistake that needs to be corrected. According to Zaev, his country sees no alternative to EU membership and believes blocking the accession process would unleash nationalism in the country.

“I am positive that this must be done in March,” Babiš said. “North Macedonia has fulfilled everything the European Council and the European Commission demanded, especially the entire reform process and the agreement to change the name of the country. Now it is up to the EU to live up to its words.”

Babiš and Zaev also discussed the accession of North Macedonia to the North Atlantic Alliance, which has already been ratified by most NATO countries.

Prime ministers of both countries also brought up the role of law enforcement cooperation between the Czech Republic and North Macedonia during the migration crisis. Czech police helped their Balkan colleagues with border surveillance due to illegal migration, highlighting the possibility of improved cooperation once the country gains EU membership.

The Senate, the upper chamber of the Parliament of the Czech Republic, supported the opening of the accession talks with North Macedonia and the subsequent accession of the country to the EU as well.

Zaev met with the chairman of the Senate, Jaroslav Kubera, and other senators. Subsequently, the Senate tweeted that the Czech Republic and the Balkan country share a great friendship.

There is hope that Balkan states have a better chance of becoming EU members now that Ursula von der Leyen is president of the European Commission.