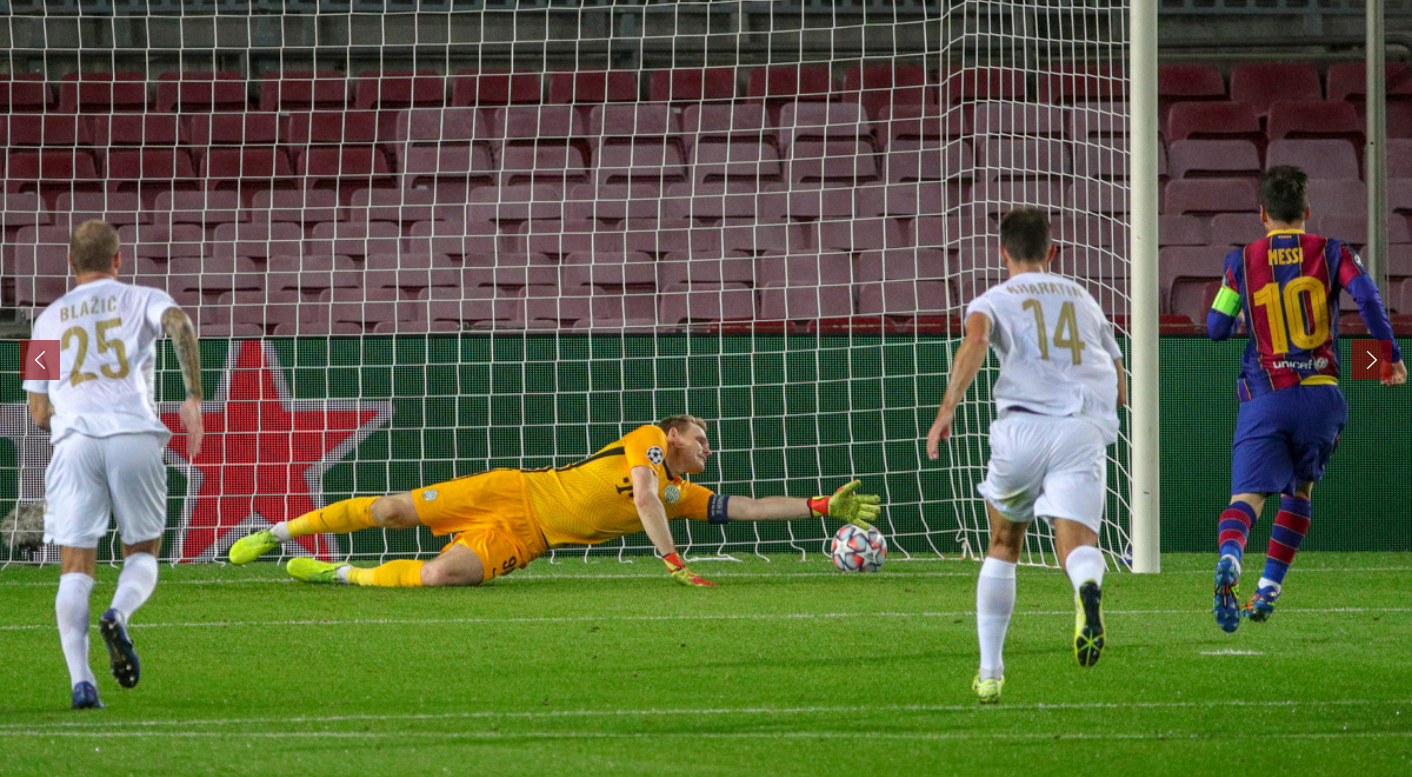 Much to the disappointment of Hungarian football fans who were hoping for a miracle, FC Barcelona playing at home beat guest Ferencváros 5:1 in a Champions League match on Tuesday.

Older fans still remember the Hungarian team’s previous showing in the Champions League back in 1995 when they beat Grasshoppers Berne (Switzerland) on their home turf 3:0 in torrential rain.

Back with the big boys after a 25-year hiatus, Ferencváros made a promising start, even scoring an offside in the first minutes, but after the first quarter-hour, the Spanish team’s technical and physical superiority began to prevail. They took the lead with Lionel Messi’s penalty shot, followed by Ansu Fati’s goal, ending the first half 2:0.

Early in the second half, Philippe Coutinho scored the Spanish side’s third goal, but this time Ferencváros at least managed to respond by scoring its single goal in the match thanks to Ukrainian midfielder Ihor Kharatin.

But that was also Ferencváros’ last appreciable move in the match. Even though Barcelona was one man short in the last 20 minutes, they still managed score to more goals from Pedir and Ousmane Dembélé, establishing their 5:1 victory.

“In the beginning, we seemed to be able to keep Barcelona in check pretty well, but after the first 15 to 20 minutes, they rose above us and their individual qualities began to show,” Ferencváros goalkeeper and captain Dénes Dibusz told sports channel M4 after the match. “Regardless, I think we have nothing to be ashamed of, although I do regret the last two goals.”

Sports economist Ferenc Dénes told Hungarian radio station Kossuth that given the transfer value of the opposing teams, the outcome was never really in question. Barcelona’s lineup has a transfer value of €880 million against Ferencváros’ €25 million. Still, the presence of the team in the Champions League could give the Hungarian team a boost.

“With the funds coming from UEFA and being in the limelight will increase their players’ value and that could be a good foundation to build on,” Dénes said.