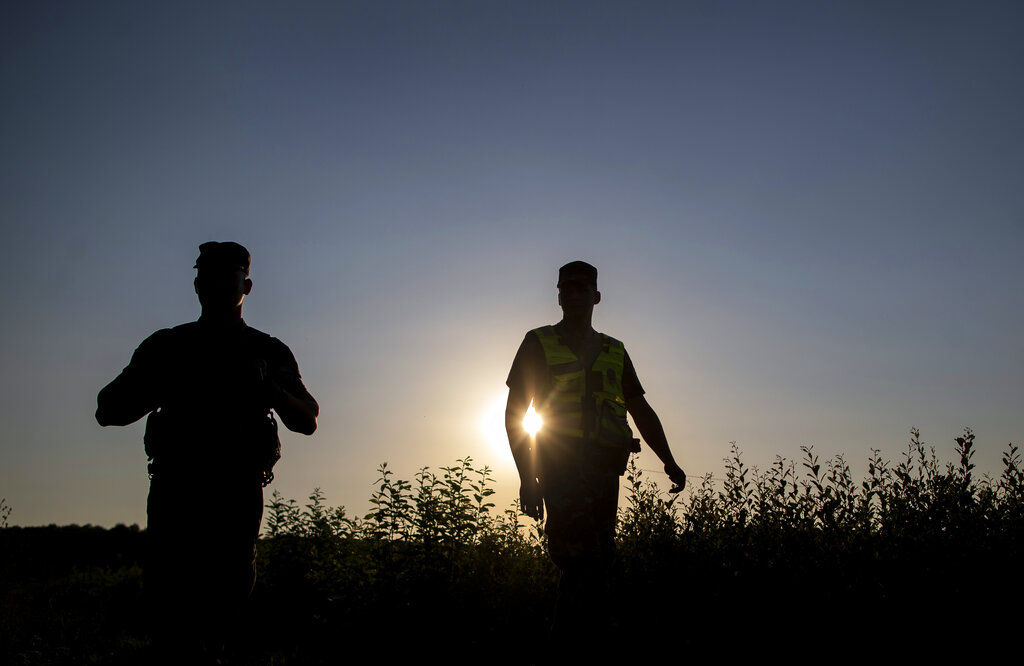 FILE - In this Friday, July 9, 2021 file photo, members of the Lithuania State Border Guard Service patrol on the border with Belarus, near the village of Purvenai, Lithuania. Lithuania has ordered its border guards to turn away, by force if needed, migrants attempting to enter the Baltic country as the rapidly growing number of immigrants illegally crossing from neighboring Belarus has emerged a major foreign policy issue to the small European Union nation. (AP Photo/Mindaugas Kulbis, File)

The policy of deliberately encouraging migration appears to be the Belarussian regime’s response against the Baltic country – and by extension, the European Union, which is imposing sanctions on Belarus because of it.

Recently, Lithuanian police dispersed illegal immigrants with tear gas and a water cannon, according to Euronews. The incident took place in temporary camps set up at the Belarusian border, where the refugees protested against their crowded conditions.

This year alone, nearly 4,000 migrants arrived from Belarus, although in 2020 that number was only 81. Two-thirds of them are Iraqi citizens who came through the Belarus capital, Minsk. Lithuanian and EU leaders accuse the Belarusian authorities of organizing illegal border crossings. More and more planes are flying between Iraq and Minsk.

“All this is a provocation of the Lukashenko regime. This is unacceptable. We need to show that there is no free passage to EU territory. Lithuania, the EU, and the Schengen states must prevent unauthorized entry into this area,” EU Commissioner for Home Affairs Ylva Johansson said in in Lithuania’s capital, Vilnius.

She added that Brussels will provide €12 million in emergency funding and send units to Lithuania to provide border control. Lithuania, which has sheltered many Belarusian opposition figures, began the construction of a 550-kilometer barbed wire fence across its common border with Belarus in July.

The European Union imposed severe sanctions on the Lukashenko regime in June after cracking down on protests by authoritarian leaders following last year’s fraudulently won presidential election and Lukashenko’s imprisonment of his political opponents.

Title image: Members of the Lithuania State Border Guard Service patrol on the border with Belarus, near the village of Purvenai, Lithuania. Lithuania has ordered its border guards to turn away migrants attempting to enter the Baltic country, by force if needed, as the rapidly growing number of immigrants illegally crossing from neighboring Belarus has transformed into a major foreign policy issue for the small European Union nation. (AP Photo/Mindaugas Kulbis, File)