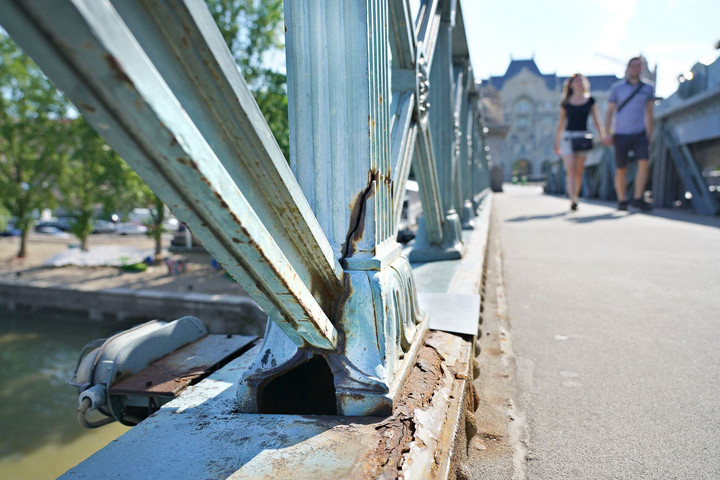 Budapest’s previous conservative mayor, István Tarlós, who served between 2010 and 2019, had budgeted for the reconstruction during his last year in office, setting aside 23.7 billion forints (€68.74 million) for the project. Of that sum, 6 billion forints would come from the central budget, another 8 billion from a standby loan of the European Bank of Reconstruction and Development (EBRD), and the rest from the municipality’s own sources.

While the reconstruction was supposed to begin in January this year at the latest to prevent a total degradation of the bridge, since his election last autumn, Karácsony and his staff have failed to launch the project.

The faction of the governing conservative Fidesz party — in opposition in the Budapest assembly — posted on Monday on Facebook that Gergely Karácsony’s ‘farce continues”.

“After half a year of delays, the leadership of the capital was unable to issue a public tender for the reconstruction of the Chain Bridge that would withstand scrutiny,” Fidesz wrote. “Who is the Mayor General going to blame for this? Obviously the government. One thing is for certain. The renovation of this national symbol will be delayed for several weeks again because of incompetence and fumbling.”