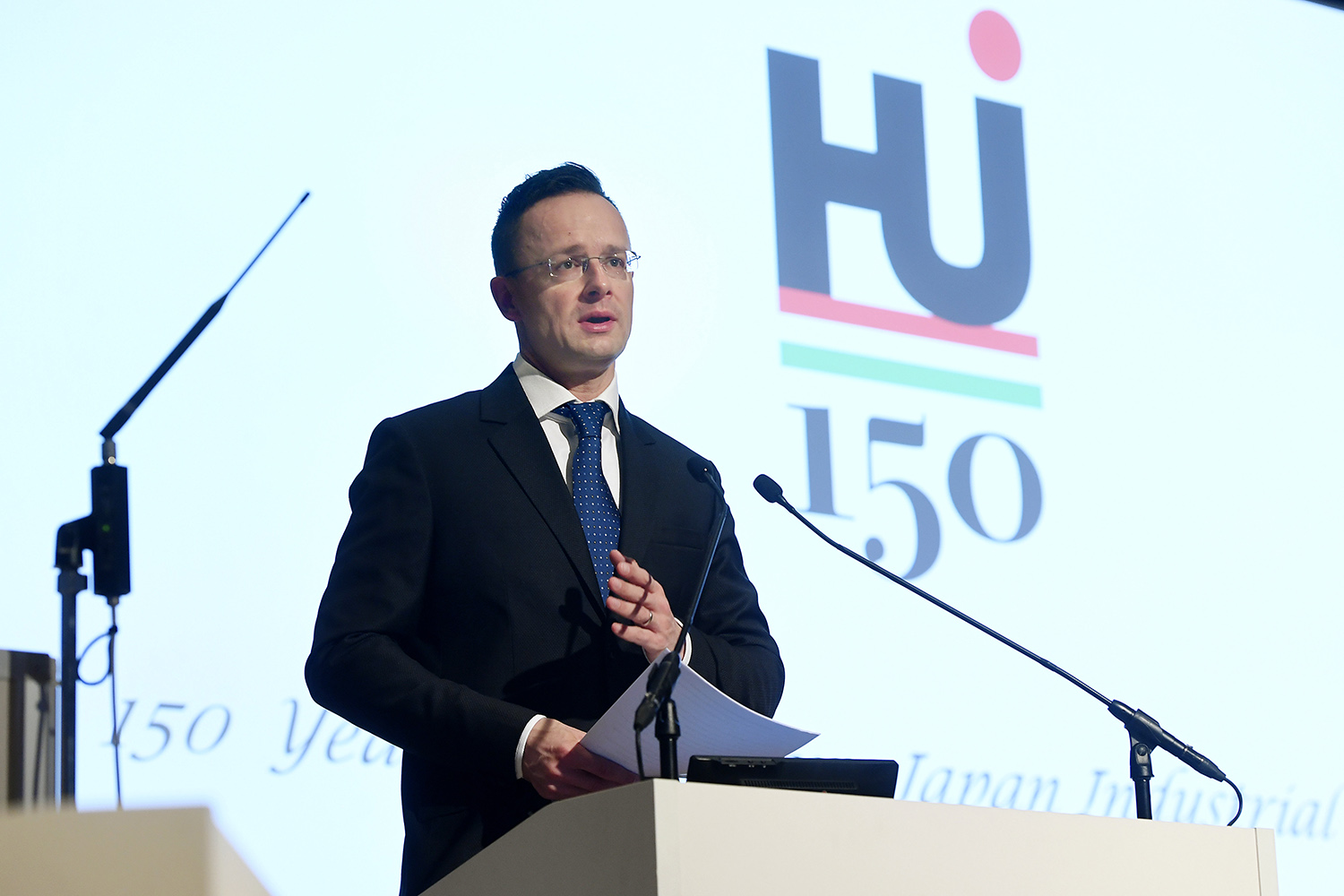 Central Europe is the growth engine of Europe: FM Szijjártó

The four member states of the Visegrád Group are the growth engine of Europe, the Hungarian minister of foreign affairs and trade said at a conference of the Japan External Trade Organization (Jetro) in Tokyo on Friday.

“In the past few years, the significance of Central Europe was on a continuous rise and it has become the growth engine of Europe,” Szijjártó said. “There is a successful and strong alliance in Central Europe, the Visegrád Group. The economic growth of its member states is twice as high as the European average but the group isn’t only strong in political terms, but economically as well.”

Szijjártó mentioned that in the new European Commission which took over on Dec. 1, the Visegrád Group has earned four significant positions.

The Czech and Slovak commissioners are vice presidents of the European Commission while Poland’s representative is in charge of agriculture and the Hungarian one is responsible for EU enlargement.

He said the four countries represent a combined market of 64 million people, which would be the second-largest if it were a single nation.

Szijjártó said that rational policies based on common sense are the key to Central European success, which in economic terms means that the region has the lowest level of taxes. At the same time, these countries all have tight fiscal and monetary policies, disproving the old belief that economic growth and fiscal discipline are mutually exclusive.

He also said that while many European economic analysts point out the importance of French-German economic relations, the trade between Germany and the Visegrád Four is in fact 70 percent higher than the German-French figure.

He said Japan is the primary Asian investor in Hungary, with 170 Japanese companies that employ 35,000 people operating in the counntry.