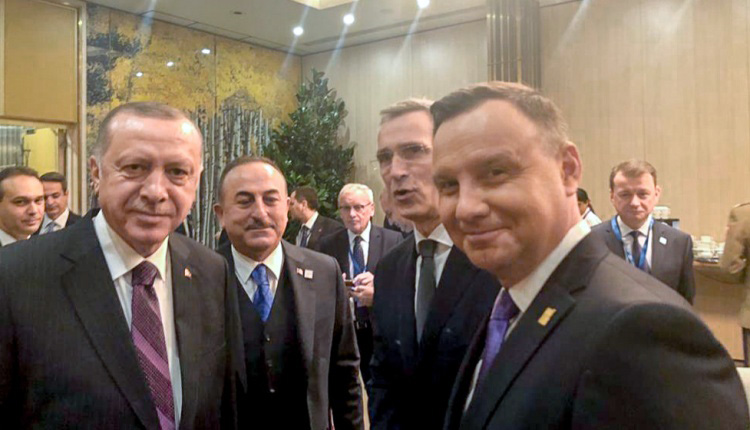 Poland, through smart diplomacy, secured the support of Turkey

Turkey had originally demanded that NATO support Turkey’s actions against Kurdish groups in northern Syria in exchange for allowing NATO to send additional troops and resources to Europe’s Eastern flank.

At the NATO summit on Dec. 4, Poland’s diplomatic team convinced Turkey to support Poland’s position out of a gesture of solidarity with Poland, according to Szczerski, who added that Polish diplomacy under the lead of President Andrzej Duda achieved one of its primary objectives at the summit.

Szczerski, who accompanied Duda during his visit to the UK, stressed that Turkey’s initial opposition to updating NATO defense plans of the Baltic states and Poland did not come from poor Polish-Turkish relations but was a part of the “Turkish defense plan”.

Szczerski explained that Duda first spoke with Turkish President Recep Erdogan on the phone on Monday before the summit. The presidents met again during the party at Buckingham Palace and for the third time before the North Atlantic Council deliberations, accompanied by the leaders of the Baltic states and NATO General Secretary Jens Stoltenberg.

Sending reinforcements to NATO’s Eastern flank would have required unanimous consent from all NATO members, which is why Poland required Turkish support for the additional deployments.