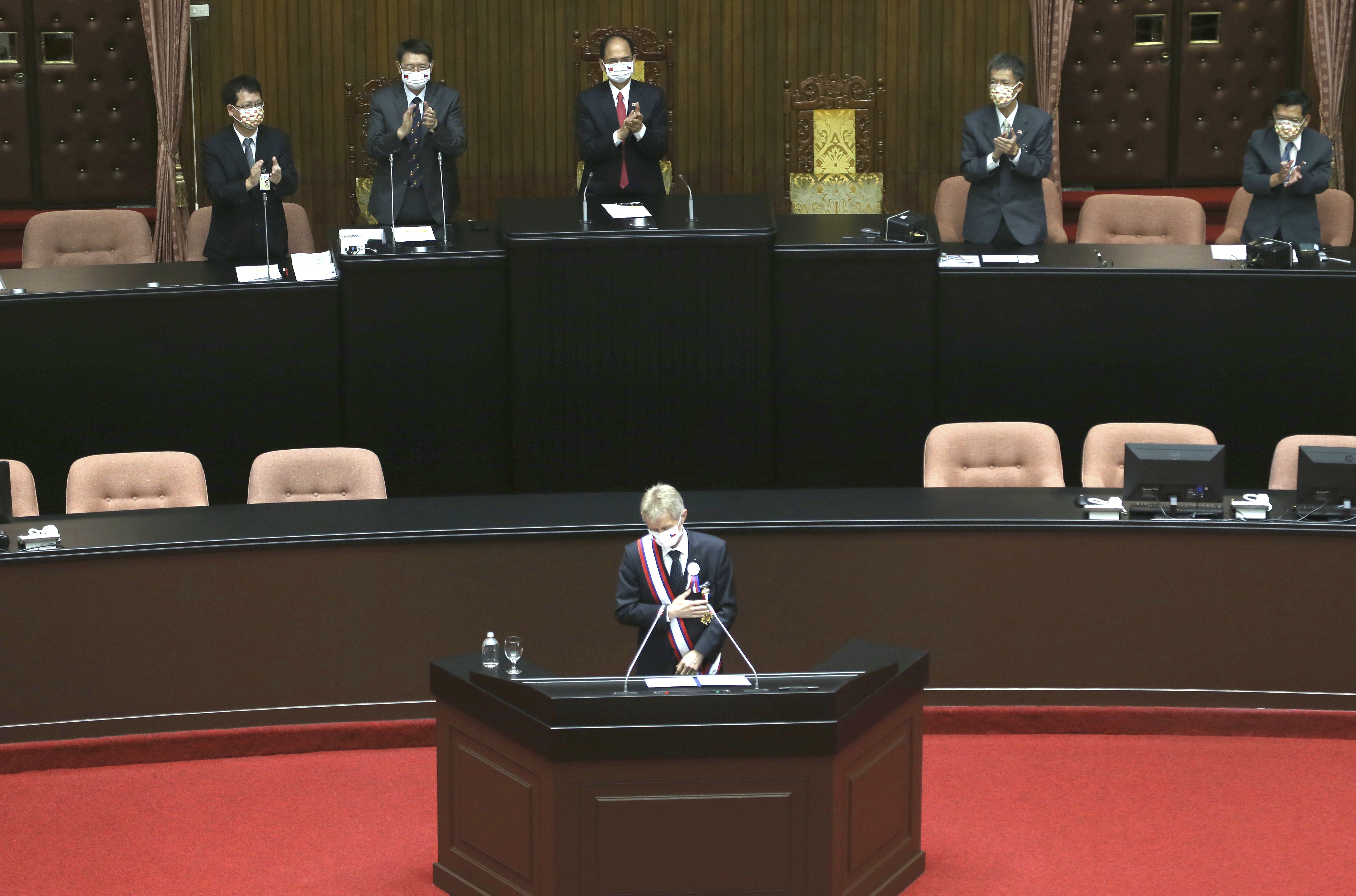 “Taiwan is Chinese territory,” Wang said. “And countries that have diplomatic relations with China must acknowledge this,” the minister added, pointing out that Vystrčil’s trip to Taiwan violates the so-called One-China policy which views Taiwan and as communist China’s territory.

“He crossed a red line. China must defend its sovereignty and territorial integrity,” continued Wang.

Pavel Novotny, the mayor of a district in Prague, denounced the Chinese Foreign Ministry as a gang of “unmannered rude clowns” over their threats.

Other European countries are rallying to the Czech Republic’s defense after China threatened that the Czech Republic would pay a high price for the visit of the Czech Senate president in Taiwan, with German Foreign Minister Heiko Maas defending Czechia. According to Maas, pressure does not belong in politics, and Berlin expects respect from China.

Strong statement by @heikomaas with Wang Yi
* says he was in touch with Czech Senate president on Taiwan visit & threats have no place in respectful relations
* affirms suspension of HK extradition treaty, says security law restrictions should be „rolled back“ pic.twitter.com/dZygpKIYWm

Vystrčil arrived in Taiwan on Sunday and will head back to Czechia on Friday. China has vigorously protested against the visit several times. Czech President Miloš Zeman and Prime Minister Andrej Babiš also opposed the trip.

On the other hand, Slovak President Zuzana Čaputová expressed words of support for Vystrčil.

“Slovakia stands by the Czech Republic. EU-China relations are based on dialogue and mutual respect. Threats directed at one of the EU members and its representatives contradict the very essence of our partnership and as such are unacceptable,” Čaputová wrote on Twitter in response to China’s threats.

#Slovakia stands by the Czech Republic. #EU–#China relations are based on dialogue and mutual respect. Threats directed at one of the EU members and its representatives contradict the very essence of our partnership and as such are unacceptable.

The speech of Miloš Vystčil in the Taiwanese parliament attracted the attention of several foreign media as the Czech politician, inspired by former US President John F. Kennedy, declared: “I am a Taiwanese.”

He thus paraphrased the famous words of Kennedy, who, during his visit to West Berlin in 1963, declared “I am a Berliner,” expressing solidarity with the people in the city surrounded by the communist German Democratic Republic.

The AP agency called Vystrčil’s statement an example of strong opposition to authoritarianism and to “Beijing’s increasingly aggressive foreign policy.”

France has also expressed support to the Czech Republic with the French Ministry of Foreign Affairs calling Beijing’s threats unacceptable.

“Europe-China relations must be based on dialogue, reciprocity, and mutual respect, which are key for deepening our partnership,” said Agnès von der Mühll, a spokeswoman for the French Foreign Ministry, according to AFP.

“In this context, any threat to an EU member state is unacceptable, and we express solidarity with the Czech Republic,” she added.