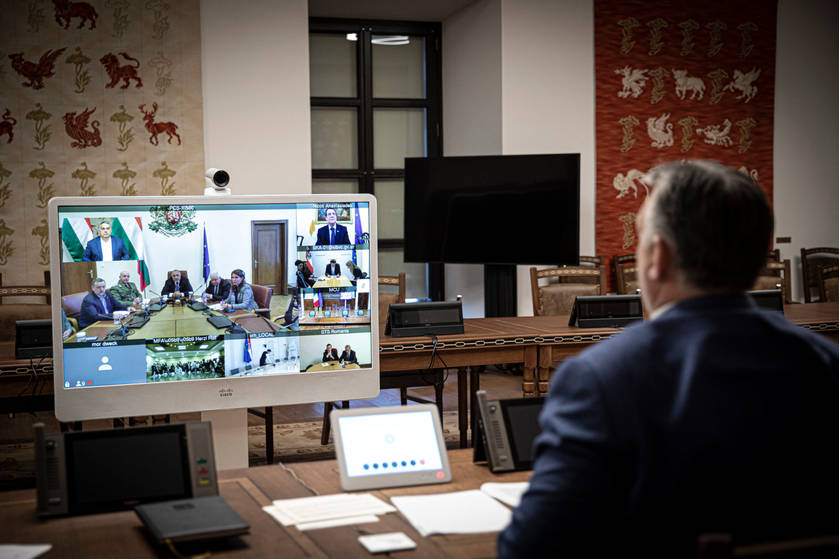 Hungarian Prime Minister Viktor Orbán attended a video conference on Monday in which eight nations around the Mediterranean and Central Europe coordinated their national measures against the spread of the coronavirus, Orbán shared on his Facebook page.

The virtual meeting was initiated by Israeli Prime Minister Bejnamin Netanyahu and, in addition to Orbán, was attended by six other leaders that included Giuseppe Conte of Italy, Sebastian Kurz of Austria, Andrej Plenković of Croatia, Boyko Borisov of Bulgaria, Nikos Anastasiades of Cyprus and Ludovic Orban of Romania.

No further details of the meeting were made public.

Of the eight countries attending, Italy is hardest-hit by the epidemic, with over 9,000 confirmed cases and a death toll approaching 500. The country initiated on Monday a nationwide lockdown, affecting all its 60 million citizens.