Poland rejects that it would violate European directives 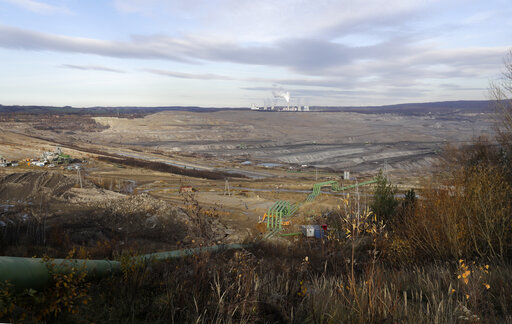 Czech Foreign Minister Tomáš Petříček and his Polish counterpart Zbigniew Rau agreed that both countries are interested in arranging talks to resolve the situation around the Polish Turów mine. On Tuesday, Czechia filed a complaint with the European Commission over Poland’s intention to expand the mine near the Czech border.

According to Petříček, it is essential to ensure that the Polish plan to expand the mine located near the Czech border does not endanger the water supply for Czech citizens.

The ministers confirmed on Thursday that they intend to negotiate bilaterally on Turów, even though proceedings will run at the European level in parallel.

“It is crucial for us that these activities have a minimal impact on the lives of people in the Liberec region. I am glad that Minister Rau has expressed a willingness to talk about these matters and share information that is important for both parties to resolve this case,” said Petříček.

The governor of Liberec, Martin Půta, considers the negotiations between the Czech Republic and Poland to be important and the region would be interested in joining them.

“Negotiations are always better than disputes with the European Commission. We understand that some way needs to be negotiated to end mining, and I understand the concerns of Poles who are afraid of losing jobs and worried about their future. It is necessary to realize that there are no great job opportunities without the mine. But they do not want to understand our concerns yet,” said Půta.

In front of journalists, Rau rejected the Czech opinion that Poland would violate European directives in connection with the planned expansion of the mine. He also expressed the belief that an agreement could be found between the two countries if the project included a technical solution that would prevent the outflow of groundwater from Frýdlant to Poland. He recalled that Poland started building a special deep barrier last year, which he said should be completed in September of next year.

Both ministers stated that once the barrier was completed, teams of hydrologists and lawyers from both countries would have to assess the situation before an agreement could be reached.

“We assume that part of the negotiations will be that if the groundwater drops due to mining, we will talk about how to solve these damages and possibly compensate,” said Petříček. According to Rau, however, it is too early to debate possible compensations, because at present, water loss is only a hypothetical issue.

Petříček and Rau also stated that although Turów is a controversial point in relations between the two countries, it does not endanger their quality in any way. According to them, this is evidenced by the willingness of both parties to discuss the problem.

Turów is located in the southwestern tip of Poland, close to the Czech and German borders. Residents of municipalities from the Czech border are afraid of losing access to clean drinking water, but there are also concerns about noise, pollution and dust. However, the Polish side rejects the that the mine will have fundamental influence on Czech territory.

The Polish Turów mine supplies coal mainly to the neighboring power plant. The PGE Group, which owns the mine and the power plant, wants to mine there by 2044, with plans to expand the mine by 30 square kilometers. In March, despite the neighbors’ objections, the Polish climate ministry extended a mining concession to PGE for six years, which would otherwise end in April.

Title image: The Turow lignite coal mine near the town of Bogatynia, Poland, Tuesday, Nov. 19, 2019. The Turow lignite coal mine in Poland has an impact on the environment and communities near the border of three neighboring countries, the Czech Republic, Germany and Poland. Plans to further expand the huge open pit mine have caused alarm among residents who fear things might get even worse. (AP Photo/Petr David Josek)