Czech minister: If Russian poisoning threat is confirmed, our response will be firm

Minister Karel Havlíček is ready to expel the Russian diplomat 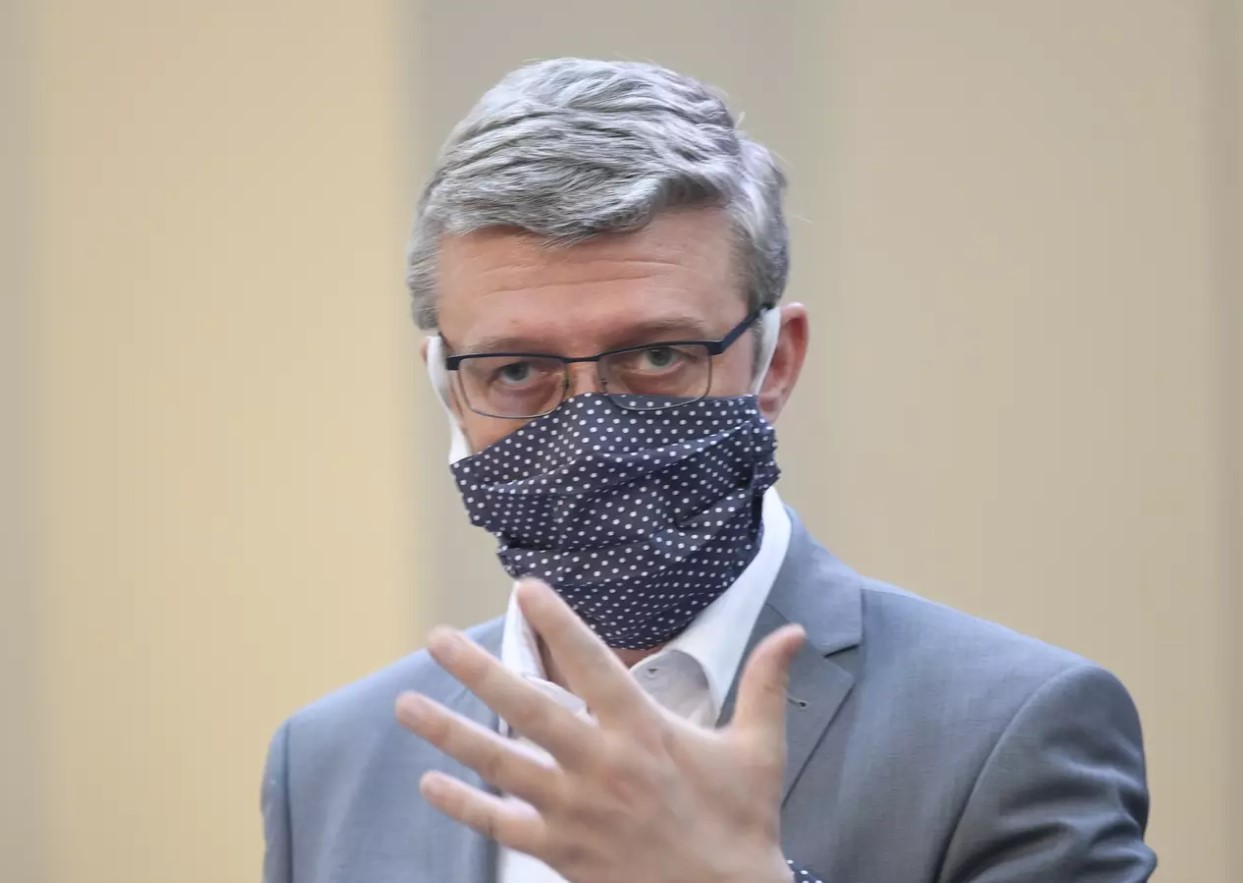 If it is confirmed that Russia sent a person to the Czech Republic with a diplomatic passport and poison to harm Czech municipal politicians, the government will respond firmly, said Deputy Prime Minister Karel Havlíček.

As the Respekt magazine reported, an agent of the Russian Federal Security Service (FSB) allegedly arrived in the Czech Republic and was picked up at the airport by a car of the Russian embassy. The Czech Security Information Office (BIS) then labeled the official a security threat to Prague Mayor Zdeněk Hřib and Prague District 6 Mayor Ondřej Kolář, who both recently made steps or statements that angered Russian diplomacy.

However, Havlíček said that there is no need to reduce the number of Russian diplomats, as requested by one of the Senate committees, until the information about the Russian threat is definitively confirmed.

Foreign Minister Tomáš Petříček confirmed the Russian diplomat arrived in Czechia, but did not want to comment on whether the man had ricin poison with him.

“No one should threaten us or undermine our sovereignty. And whoever does it, be it China or America, must receive a firm response,” added Havlíček commenting on the articles in several Russian media outlets which claimed that the aforementioned Czech politicians could be dragged to Russia where they would face criminal prosecution and imprisonment over their removal of a statue of Soviet Marshal Ivan Konev in Prague.

According to Havlíček, the existing information is too serious and could cause an international scandal. He added that any retaliation on the Czech side would be long-term in nature.

However, Havlíček said that the information needs to be confirmed by security forces at all levels. He also did not rule out that the matter would be addressed this week by the government.

Opinions of prominent Czech politicians on the matter also differ. While the head of the Pirates Party Ivan Bartoš thinks that the government is too vague in its response to the raised allegation, the chairman of the Communist Party (KSČM) Vojtěch Filip pointed out that the 1993 agreement with Russia guarantees that the statue of Soviet Marshal Ivan Konev, which is at the heart of the dispute, should be easily accessible to the public. The statue was recently removed by Prague District 6 Mayor Ondřej Kolář.

Filip further referred to some security experts who consider the whole case “stupid”, as they point out that the BIS would have to have had insider information directly from the Russian Federal Security Service (FSB) to obtain information about the threat to Czech politicians.

Filip said, however, that if the media’s information was confirmed by the intelligence services, the Chamber of Deputies would deal with the case.

Havlíček then explained that if the government receives evidence confirming the Russian threat, the Russian diplomat would have to leave the country immediately.

“We must not allow any threats, let alone over political opinions,” he concluded.