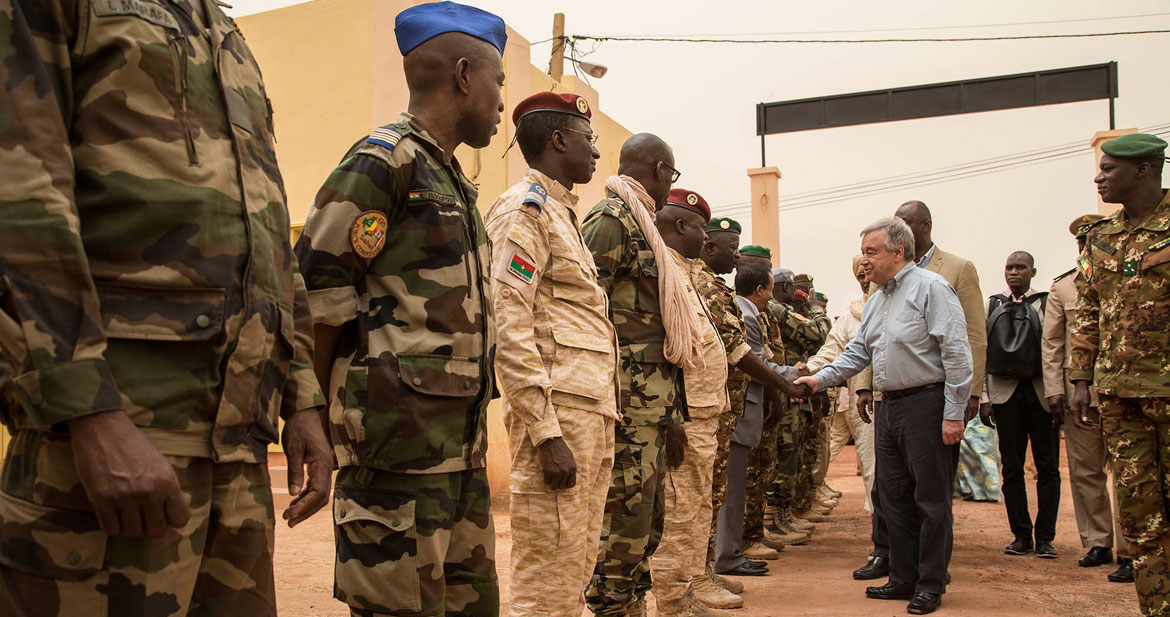 The Czech government has agreed to send 60 troops to Mali, Niger, and Chad to join European Union anti-terrorism missions, but the Czech parliament has yet to consider the proposal.

If approved by deputies and senators, Czech soldiers would engage in the fight against terrorism in the North African region of Sahel. Czech soldiers are already operating in Mali where they participate in the training and protection of the EU mission. In the middle of the year, the Czech Army is set to take over the command of the Mali mission.

Under the proposal, Czech soldiers would become part of the extended Operation Barkhane, France’s largest overseas military operation. European countries plan to create a joint task force named Takuba, which is to replace the French forces in the Sahel region.

The Czech Ministry of Defense estimates the mission to cost almost 600 million korunas (€23 million). Czech soldiers will be sent to Africa with the consent of Mali, Niger, and Chad.

The task of the Czech soldiers would be mainly offering serving in an advisory for Malian soldiers, as well as accompanying them in combat. The headquarters of the operation is in Chad, and the troops could be deployed to Niger in case of cross-border operations.

The proposal will now be submitted to the Parliament of the Czech Republic.

“If the parliament approves it, we will get a mandate to engage in Operation Barkhane with a maximum of 60 persons valid until Dec. 31, 2022,” said Czech Defense Minister Lubomír Metnar.

According to him, by sending troops to the Sahel, the Czech Republic would confirm its position as a country that intends to fight all forms of terrorism. Metnar called the possible Czech deployment one of the key foreign policy points of the government’s agenda.

France launched Operation Barkhane in August 2014 and last year called for the involvement of other European allies. French troops plan to fight terrorists in other parts of Mali.

“An advanced team should start operations in the middle of this year. The main part of the operation lasting 12 months is planned from August or September 2020,” said Aleš Opata, the Chief of the General Staff of Czech Armed Forces.

The Czech Republic now has about 120 soldiers in Mali. This year the Czech Army will take over the command of the European Union training mission in Mali, which will give Czech soldiers six months of command responsibility. The main task of the mission is to help build and train the Malian army, which is fighting Islamic radicals.

In parallel to the EU Mission, the United Nations (UN) also has MINUSMA (Multidimensional Integrated Stabilization Mission) running in Mali. It aims to ensure security and create the conditions for further humanitarian and political assistance to the Malian government.

The Czech Army has five soldiers in the UN mission. Unlike Operation Barkhane, however, this mission does not take part in combat against terrorist groups.