Czechs can travel only within their district 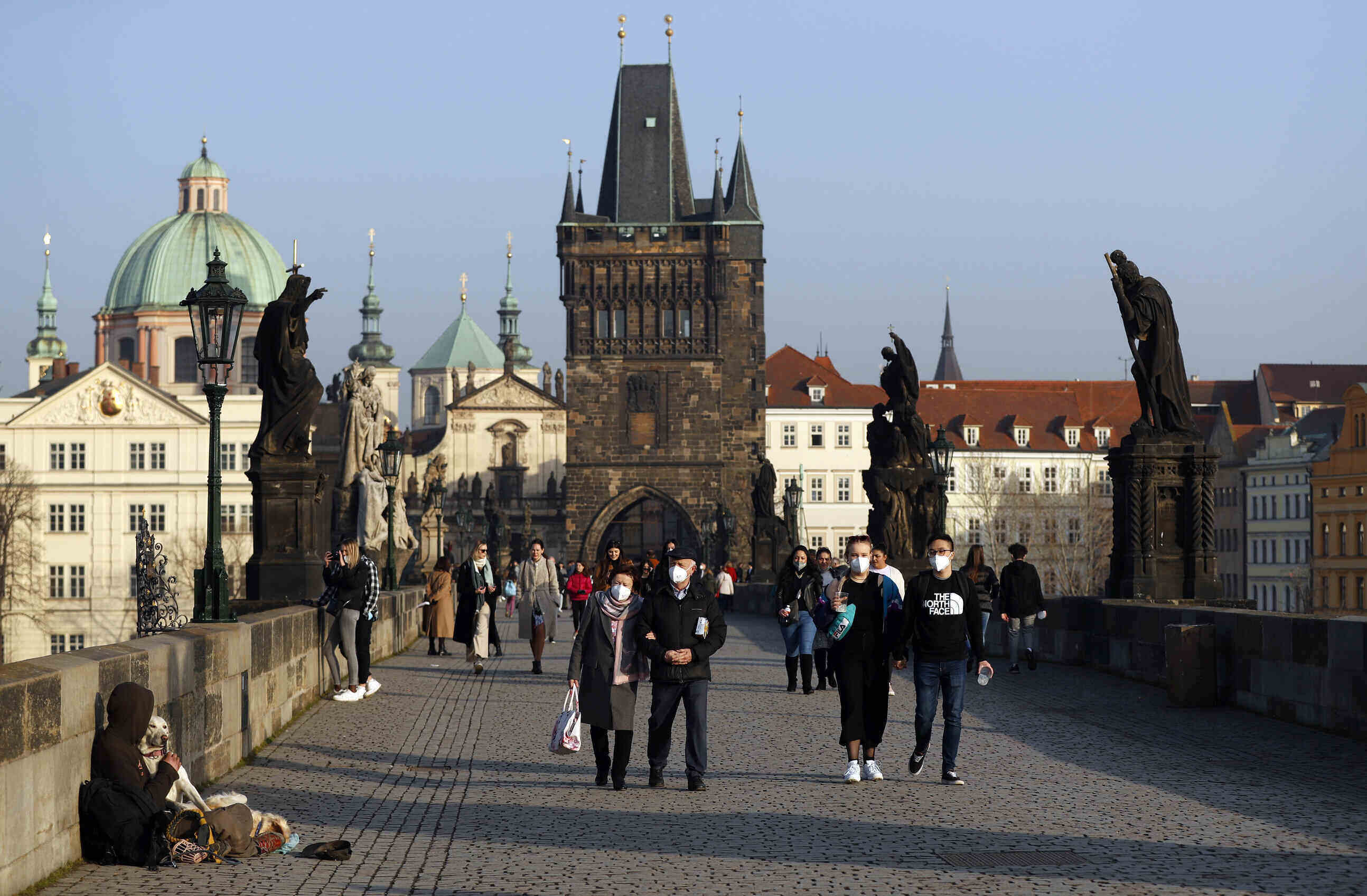 The Czech Republic entered a strict lockdown today that will last at least three weeks. The movement of people between districts will be restricted, with 30,000 police officers and soldiers supervising compliance.

The new government measures, approved on Friday, also bans visiting relatives even if they live in the same district. There are only certain exceptions.

Restrictions also oblige people to wear at least a surgical face mask outdoors, while a respirator is mandatory in shops, public transport, and other busy places.

On Sunday, Czechs had to choose a place to stay for the following three weeks. According to the new measures, going for walks, doing sports, or dog walking is allowed only within a municipality. When going to work or doing shopping within a district, there will be no need to provide any documents. But leaving the district will be possible only for work or in urgent cases, such as to see a doctor. People will then have to provide an employment contract or confirmation from their employer to leave the district or an affidavit in other cases.

Shopping outside of the district is forbidden.

On its website, the Ministry of the Interior informed that visiting family members from other households, even if they live in the same district, is not allowed unless to secure their basic needs. The purpose is to limit the movement, and thus the spread of the virus, as much as possible, explained the ministry.

Larger cities divided into several parts will have a certain advantage as people can move freely between the individual parts. Such is the case of Prague, the Czech capital, for example, which will be considered one district. The Czech Republic has a total of 76 districts, but Prague is not one of them under usual circumstances.

Furthermore, schools and kindergartens will also be closed. Face masks and respirators will be mandatory at workplaces. Some retailers and service providers will have to close businesses, with the government restricting the list of exceptions. Industrial enterprises will remain open, but the government wants to introduce mandatory testing in them.

At a press conference summarizing the new measures, Prime Minister Andrej Babiš called on citizens to give the government a chance and help for three weeks by complying with the measures to slow down the spread of the virus.

“Why did it work last year? We were all scared and saw footage from Italy. Citizens alerted each other about non-compliance with the measures. We would very much like us to go back to that and do the same again. If we do not do that, the whole world will see Bergamo in the Czech Republic,” said the prime minister, referring to the Italian city, which struggled with the epidemic in the spring.

“Even though we did not manage everything well, we did it with full commitment and in good faith. We have a clear conscience,” he added.

According to Deputy Prime Minister Jan Hamáček, all measures have a single goal, to turn the curve reflecting the number of new cases and hospitalizations. Compared to autumn, when the situation started to deteriorate, Czechia has the advantage of launching the vaccination process, Hamáček pointed out.

The Minister of Health, Jan Blatný, then warned of a severe situation in hospitals.

“The situation is very serious. Currently, we are reaching dangerously high rates ​​in the number of hospitalized people in intensive care units. Even if all measures start to work, next week, there will be a daily increase of around 20,000 new cases,” explained Blatný.

Title image: People wearing face masks walk across the medieval Charles Bridge in Prague, Czech Republic, Thursday, Feb. 25, 2021. The Czech government is barring the citizens and residents from travelling to the countries hit by highly contagious coronavirus variants and is tightening the rules for face coverings. Starting on Thursday, the Czechs are required to wear better masks in places where large numbers gather, including stores, hospitals and public transportation. (AP Photo/Petr David Josek)