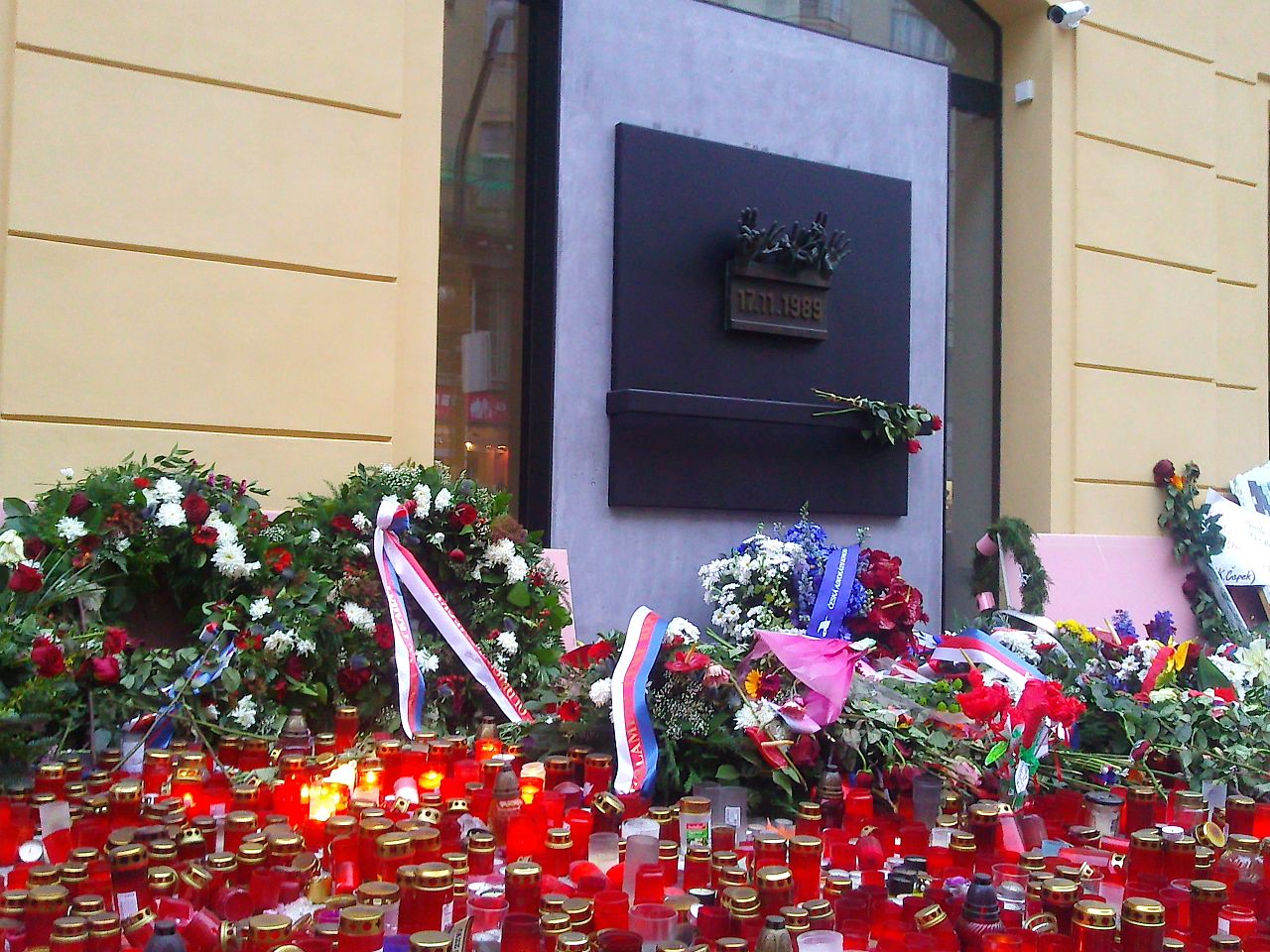 Up to 40,000 people turned up at Národní Street in the center of Prague to celebrate the  30th anniversary of the Velvet Revolution,  according to police estimates.

On Sunday afternoon, crowds of people filled Národní Street, the same place where a cordon of communist police blocked the procession of people protesting against communist rule 30 years ago.

To commemorate the events of November 1989, most people gathered at a plaque marking the spot where police brutally intervened against protesters. In accordance with tradition, people lit candles, which soon covered the area around the plaque.

The program of the November 1989 anniversary celebrations began early in the morning as Prime Minister Andrej Babiš laid flowers and lit a candle on Národní Street. He was accompanied by several ministers.

In the afternoon, Babiš attended a gala to celebrate the 30th anniversary of the Velvet Revolution with V4 prime ministers and the German president of the Bundestag, Wolfgang Schäubl.

Babiš then traveled to Bratislava with other representatives of the Visegrad Four countries to honor the victims of the communist regime at the Gate of Freedom in Bratislava.

President Miloš Zeman commemorated the events of November 1989 on Saturday while visiting Slovakia. However, he did not attend any related events in Prague as he preferred to honor the anniversary at home.

According to police, up to 40,000 people came to Národní třída during the day. In the evening, a similar number of people arrived at Wenceslas Square, where the Concert for the Future and a subsequent video projection took place.

A special moment occurred at 5:11 p.m. as all Czech radio stations played a song called “A Prayer for Marta”, an iconic song about peace by famed singer and member of the dissident movement, Marta Kubišová, who sang the same song during demonstrations thirty years ago.

Another part of the celebrations took place in Albertov, Prague. The borough, known for universities, was a starting point of the student parade against communist rule thirty years ago. This year, students wanted to reconstruct the events that led to the fall of the communist regime in former Czechoslovakia.

According to the estimates of the organizers, up to 10,000 people marched with banners and Czech flags.

Nevertheless, the celebrations took place all over the Czech Republic. Many cities commemorated the anniversary by remembering the dissidents and events linked to the history of their city.