Decision on increasing US presence in Poland imminent 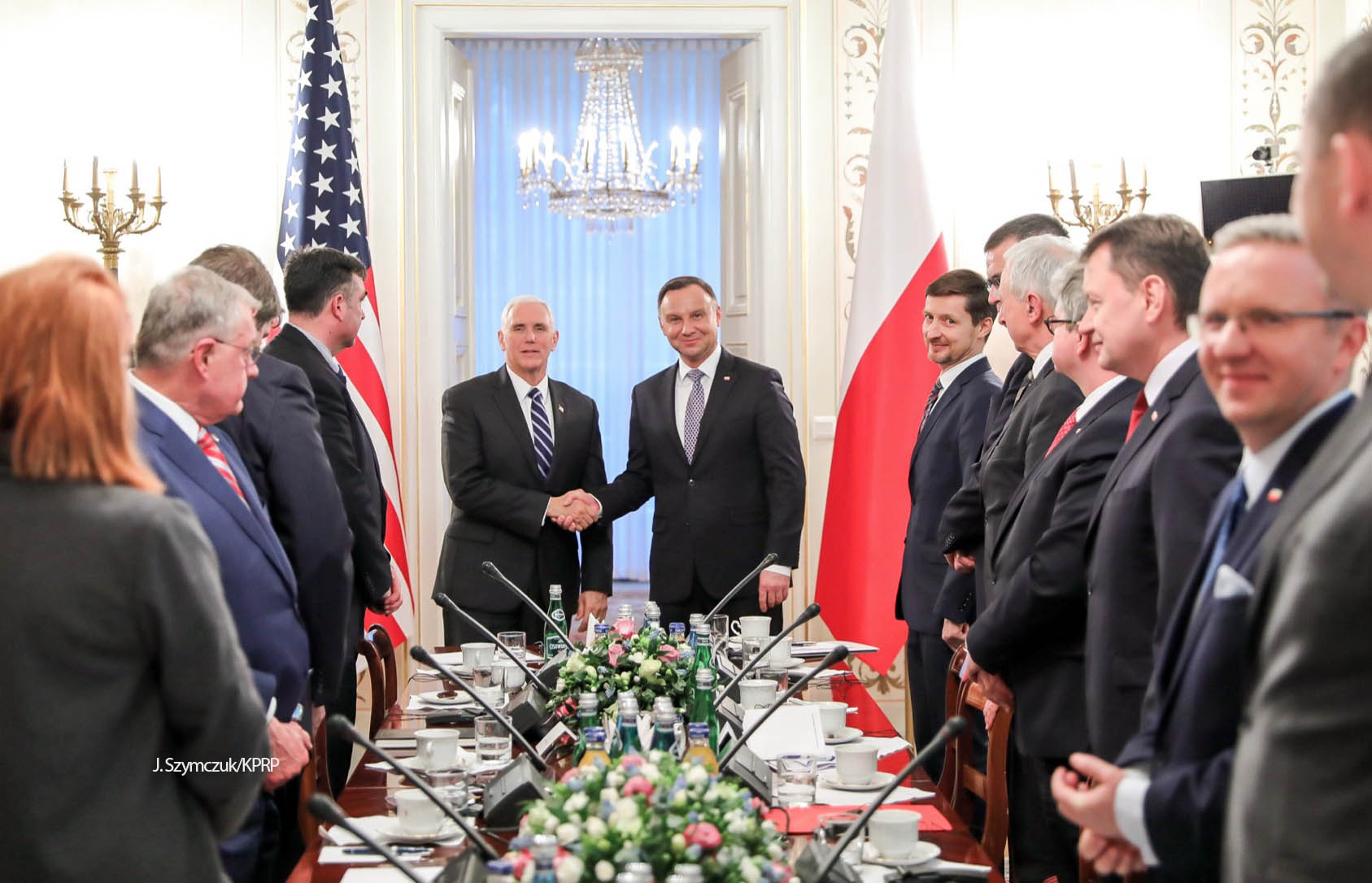 President Andrzej Duda confirmed after his meeting with VP Mike Pence that a decision on increasing US military presence in Poland was expected very soon. He also hinted that once the capacity of the LNG terminal in Świnoujście was increased there would be more scope for increasing LNG imports from the US.

VP Mike Pence, speaking at the press conference after the meeting with President Duda emphasized the importance of economic security which required avoiding energy dependence on “aggressive Russia”. Interestingly he said that “we can’t wait to develop cooperation in developing other sources of energy such as nuclear power”.

The American VP declared that the US value “Polish partnership” in efforts to protect the US telecommunications sector against China. He went on to say that “recent actions against a high ranking Huawei employee and his Polish collaborator” helped in ensuring that the sector was not damaging national security.

Mr Pence acknowledged that Poland gave significant support for the US in Iraq and that “this week Poland has taken on itself another significant role by being the host to the conference on promoting a peaceful and secure future for the Middle East.”

Finally, VP Pence said that “no danger is felt more than the specter of aggression from the East.”: Apart from the military aggression in Ukraine and Georgia, “Moscow wants to divide thanks to its oil and gas resources, arsenal of nuclear weapons and interventions in elections taking place in other countries”. According to the VP facing these provocations, “President Trump has done more to show solidarity with Poland and face down Russia than any other US President in our recent history.”