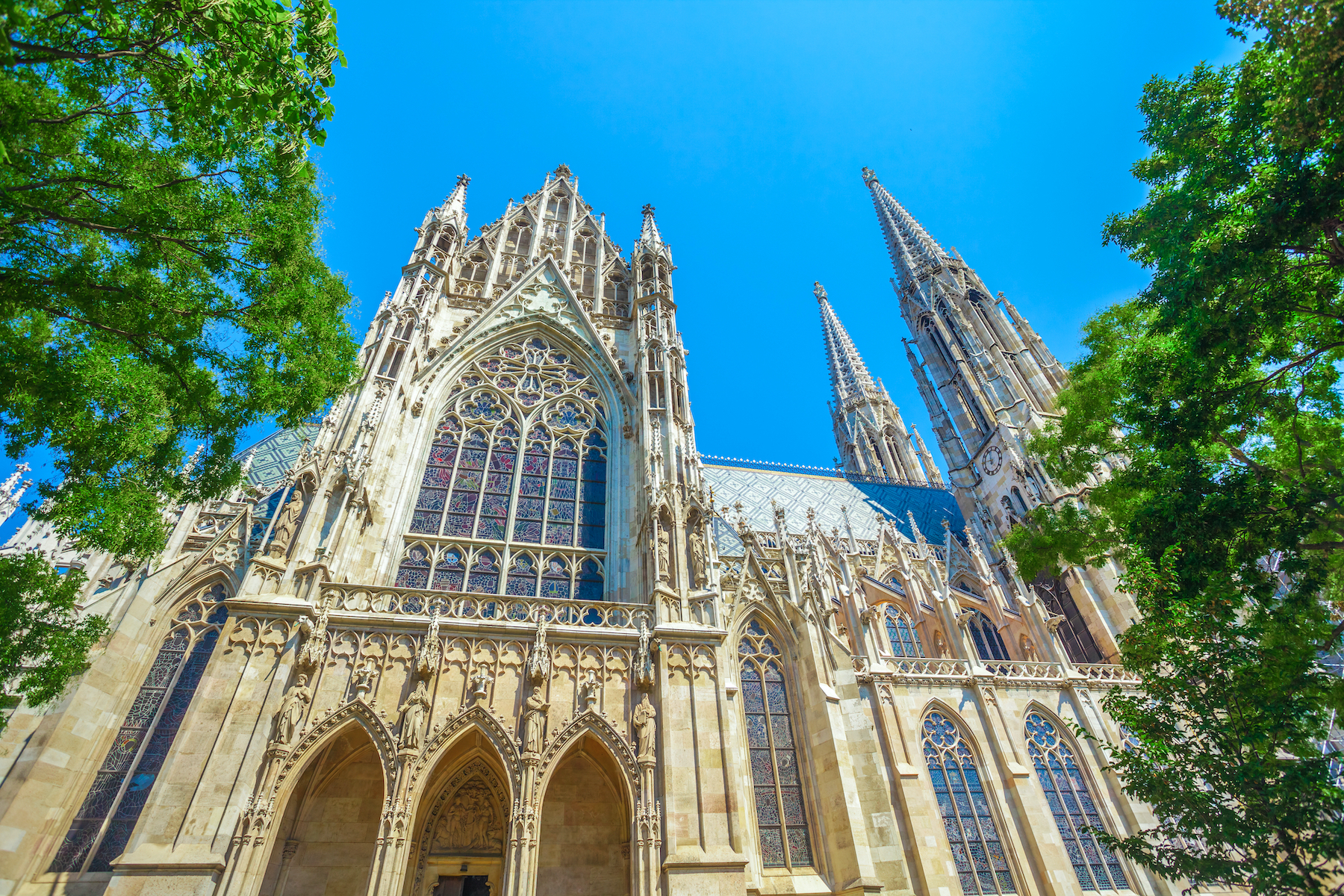 Both the Minister of the Interior Karl Nehammer and Chancellor Sebastian Kurz condemned the attack.

“We will continue to fight against political Islam,” said Kurz in response to the incident.

No one was injured in the church, and the damage was reportedly only minimal, but the incident was caught on security camera. After the pastor of the church called the police, the crowd dispersed, according to Czech news portal Echo24.

Although nobody was detained police are currently reviewing the footage and have stepped up patrols in the Favoriten district, where the riot took place.

The same group that attacked the church had probably met earlier that afternoon in the nearby Reumannplatz square, from where the group moved on to the Viktor Adler Markt shopping street shouting and firing fireworks. Even though the police dispersed the crowd, the attack on the church happened only two hours later.

Interior Minister Karl Nehammer said there is a link between the incident and recent attacks in France. Therefore, he says he has decided to strengthen security in institutions linked to France, as well as in places where young people meet.

“We will never have the right to exercise religious freedom destroyed, and we will do our utmost to protect our Christian community,” he said.

“All Christians must be able to practice their faith freely and safely in Austria! We will resolutely continue the fight against political Islam and will not show false tolerance here,” he wrote on Twitter and Facebook, thanking Interior Minister Nehammer and Minister for Women and Integration Susanne Raab for their swift response, as well as the intervening police officers.

On Friday, the archdiocese of Vienna condemned the attack on the church in Vienna-Favoriten, adding it expects a quick clarification of the case.

“The whole thing is a serious matter: Believers have the right to profess their religion without these provocations. This right is one of the pillars of peaceful coexistence and must be protected, especially in Vienna, where religious peace is exemplary,” Michael Prüller, a spokesman for the Diocese of Vienna, told the Catholic news agency Kathpress on Friday night.

According to him, in the past two weeks, a youth gang was harassing people around the St. Anton church. However, the incidents did not concern only the immediate surroundings of the church but also other institutions in the area.