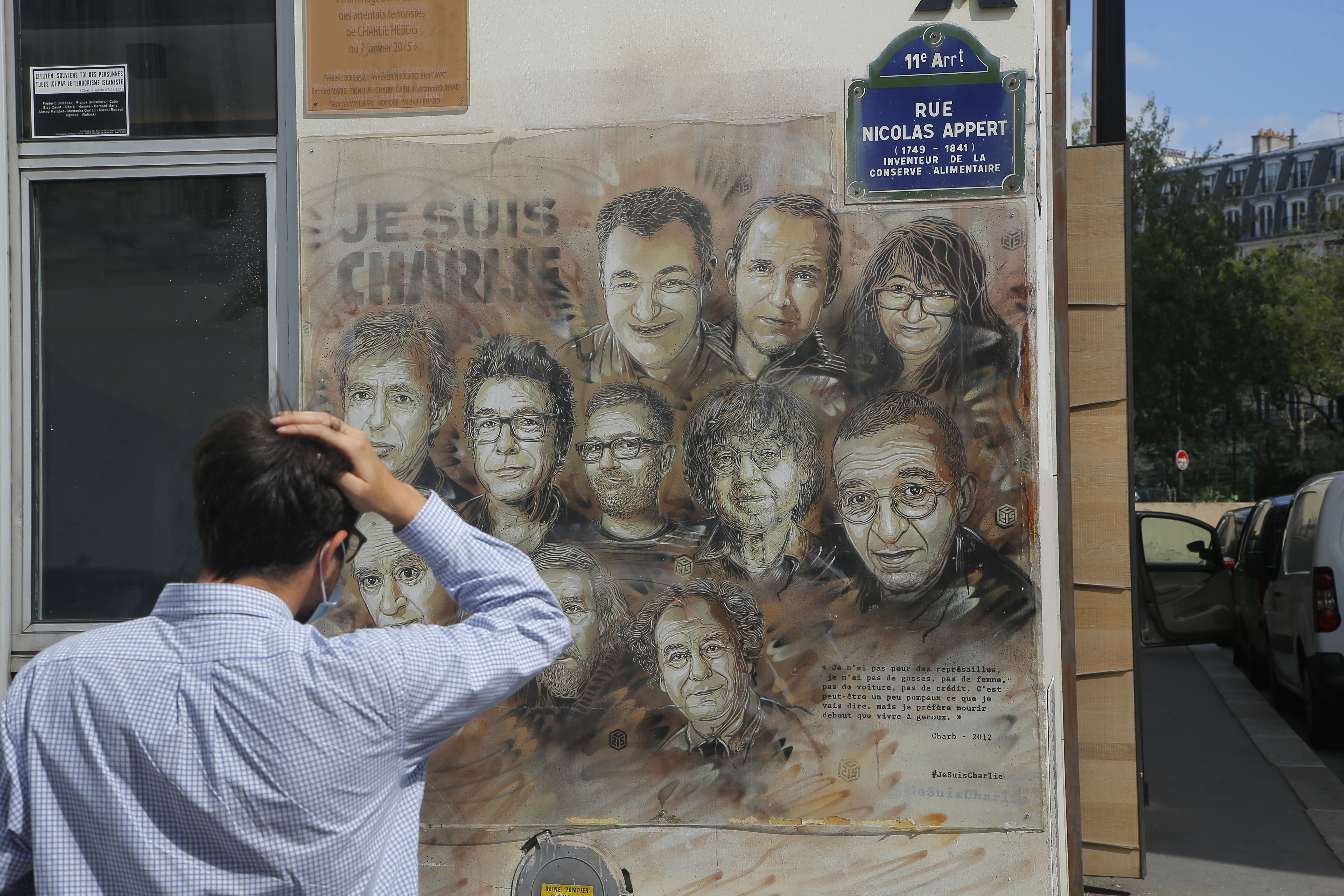 The satirical French weekly Charlie Hebdo, following the opening of the trial for the attack against the magazine, commissioned a large-scale survey by Ifop on themes such as freedom of expression and religious criticism.

The results show a large and growing divide between French Muslims and non-Muslims, Sceptr reported. Per the survey, 28 percent of French Muslims do not condemn the perpetrators of the attack in the strongest terms, 25 percent would shout insults during a memorial ceremony and 74 percent of Muslim youth consider their beliefs more important than the “values ​​of the French Republic.”

In response to the Charlie Hebdo trial, the satirical French weekly decided to publish the same 12 Mohammed cartoons that led to the attack in 2015.  “All that for this,” reads the front page.

On January 7, 2015, two armed Muslim terrorists, the Kouachi brothers, carried out an attack on the weekly’s headquarters in Paris. Twelve people were killed, and 14 people are now standing trial for the incident.

A large-scale study of freedom of speech and religious criticism

Charlie Hebdo commissioned a large-scale study by Ifop on themes such as freedom of speech and religious criticism. The institute investigated how the opinion of the French on these subjects has evolved over the past 15 years. There is also a specific survey of Muslim opinions.

In one survey, 1,000 French — including French Muslims — were questioned, while another survey individually questioned 500 French Muslims. So, this study involved “ten times more than the number usually surveyed in a nationally representative sample,” Ifop said.

Growing divide between Muslims and non-Muslims

While only 38 percent of the French in 2006 believed that newspapers were “right” about publishing the Mohammed cartoons, that share has since grown to 59 percent.

However, opinions are completely different among French Muslims. As many as 69 percent of them think that newspapers that published the cartoons were “wrong” for doing so. Also, among French youngsters under the age of 25, a group with a higher proportion of Muslims than the rest of the population, 49 percent share a similar opinion.

The French also seem to now have less understanding of the outrage the cartoons provoked. In 2006, 36 percent shared the outrage of the Muslim community, compared to 29 percent today. Again, there is an age gap, as 47 percent of young people share the indignation, compared to 23 percent of those over 35.

On another front, 41 percent of French Muslims would not participate in a minute of silence in honor of Charlie Hebdo employees if a similar attack were to take place, compared to 20 percent of the French population as a whole.

Moreover, 61 percent of French Muslims would not participate in marches carrying the message “Je suis Charlie,“ compared to 47 percent of the entire French population.

In fact, 25 percent of French Muslims say they would shout insults during a memorial ceremony. For French Muslims from the so-called “banlieues” (suburbs), that share climbs even higher to 34 percent.

Another 40 percent of French Muslims consider their beliefs more important than the “values ​​of the Republic,” compared to 17 percent of the French as a whole. Almost three-quarters, 74 percent, of Muslim youth under the age of 25 are of this opinion.

61 percent of the French believe that Islam is “incompatible with the values ​​of French society,” compared to 29 percent of French Muslims. Here too, that share is higher among Muslim youth, at 45 percent.

Title image: A man wearing a protective face mask due to coronavirus looks at a painting by French street artist Christian Guemy, a.k.a. “C215” in Paris, Wednesday, Sept. 2, 2020, in tribute to those who died in the attack on the satirical newspaper Charlie Hebdo by jihadist gunmen in January 2015. Thirteen men and one woman went on trial Wednesday over the 2015 attacks on the satirical newspaper and a kosher supermarket in Paris that marked the beginning of a wave of violence by the Islamic State group in Europe. Seventeen people and all three gunmen died during the three days of attacks in January 2015. (AP Photo/Michel Euler)