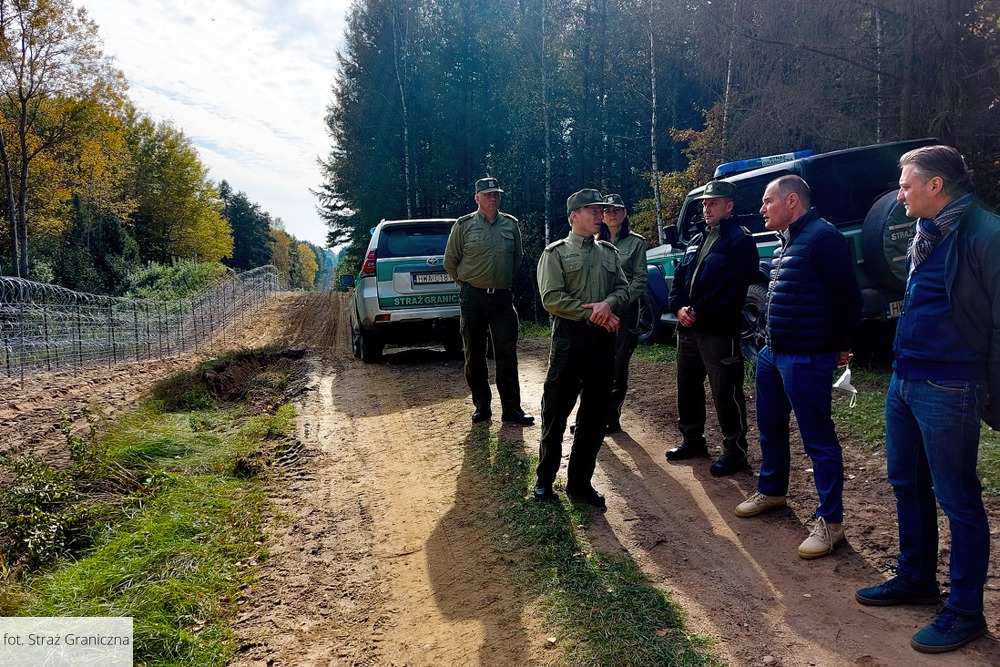 Fabrice Leggeri, the executive director of Frontex, the European Border and Coast Guard Agency, took part in a joint inspection of the Polish-Belarusian border with deputy minister of the interior Bartosz Grodecki on Monday.

Poland’s Minister of the interior Mariusz Kamiński posted about the inspection on social media.

“Executive director Leggeri inspected the operations conducted by the Polish Border Guard and was impressed by the measures taken in protecting the border,” the statement reads. Frontex added that Leggeri had thanked Polish authorities for cooperating with Frontex since the beginning of the crisis and providing a constant exchange of information. The statement underlined that Poland is actively helping other countries which are under heavy migration pressure, including Lithuania, which Poland has actively supported with necessary equipment and officers to oppose Belarusian “hybrid actions.”

Frontex added that the joint inspection with the participation of Leggeri and deputy minister Grodecki was part of routine cooperation between Frontex and the Polish Ministry of the Interior. During the meeting, Grodecki presented information concerning the current situation on the Polish-Belarusian border and explained what actions the Polish government was taking to ensure the border’s security and counteract Belarus’s hybrid operations.

Birth at the border

On Monday, Border Guard officers aided a pregnant Congolese migrant. The woman was transferred to a hospital in which she gave birth to a healthy child.

“The 34-year-old woman is from Congo and there was no partner with her. According to her, she had lived in Moscow for the last few years and speaks good Russian,” the Border Guard spokeswoman lieutenant Anna Michalska stated, adding that there are currently 38 children located in foreigner registration centers.

“These are children who are accompanied by their parents and together they are sent to guarded centers for foreigners,” the spokeswoman said.

Michalska underlined that “if migrants who have found themselves in Poland do not wish to register for aid in the country, they will be sent back”.