Two days in Hungary, including meetings with PM Orbán 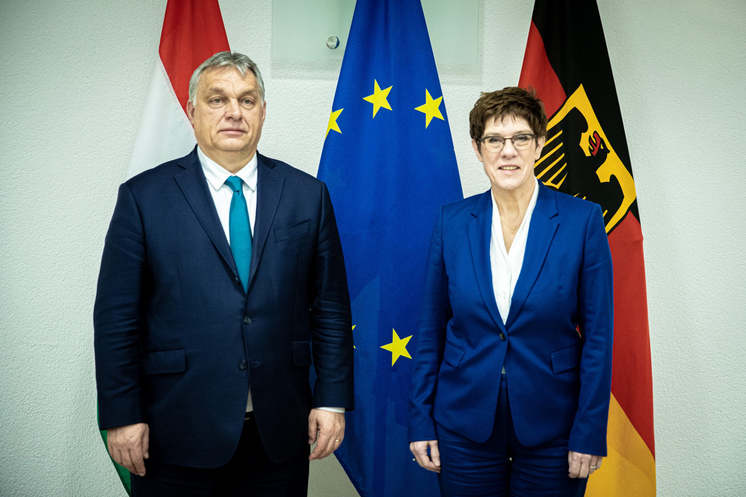 According to diplomatic sources quoted by the paper, the goal of the visit is to improve Germany’s relationships with the Visegrád Group as well those with Hungary, with the latter marred by a series of differences between Budapest and Berlin. The same sources also said that the main agenda of the visit to Budapest will include the relationship between the CDU and Hungary’s ruling conservative Fidesz party as well as the larger issue of Fidesz’s suspended membership in the European People’s Party (EPP).

For Hungary, the person of the emissary being the German Defense Minister (nicknamed at home AKK as per the initials of her name) is a positive sign, as defense and economic cooperation between the two countries has been very good. Germany is both the largest foreign investor in Hungary and its biggest single trade partner. Some 2,500 German companies present in Hungary provide an estimated 200,000 jobs. In the first four months of this year, Hungarian exports to Germany amounted to €9.1 billion, with Romania a distant second (€1.72 billion).

One political analyst asked by Magyar Nemzet said that there are far more points of agreement than differences between the two sides.

“There are more things that link us, Visegrád countries and Hungary with Germany than those that divide. For this reason, we support the Germans in eighty percent of the issues, including keeping the European Union together, speed up digital development, improve competitiveness and we also agree on climate neutrality,” Zoltán Kiszelly said.