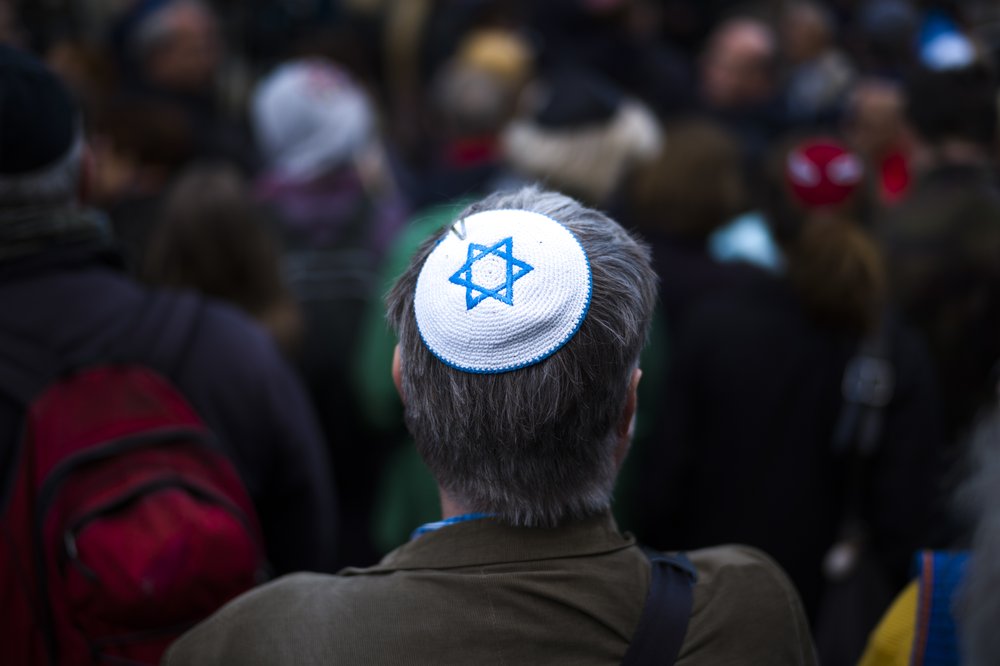 In a strong-worded seven-part Twitter entry, German Foreign Minister Heiko Maas singles out “right-wing extremism” as the greatest danger that his country is currently facing, but the way Germany records hate crime data is so misleading that it calls into question the veracity of Maas’ claims.

His tweets come at the first anniversary of the Halle synagogue attack in which two people have been killed. In his tweet, Maas writes:

Right-wing terror is globalized. Extremists feel strong because they find like-minded people in the darkest corners of the Internet, at demos and also in parliaments…

It is up to the state to ensure that everyone who lives here is protected. For this we need security services that are at the forefront in the fight against right-wing extremism and anti-Semitism…’

Maas refers to ‘right-wing’ extremism or terrorism exactly eight times in his tweets. It is worth pointing out that Maas’ is not using the term ‘far-right’, instead he associates a mainstream political ideology with violence and destruction.

On such solemn occasions, leaders are undoubtedly expected to condemn all forms of extremism, but Maas’ decision to single out the word ‘right-wing’ in his post raises suspicions that the primary goal was not to honor the victims, but instead appeared to be chance to exploit the occasion for political ends.

The fact that Maas is able to identify right-wing extremism as the main threat to German national security points to the obsolete and wholly inadequate way criminal statistics are collected by the German police. The laws dating back to times when the only threat to identity groups and minorities originated from home-grown neo-Nazi or skinhead groups mislabels all anti-Semitic incidents as far-right by default.

Furthermore, in Germany all crimes against minority or ethnic groups where the perpetrators are not identified are automatically logged as ‘far-right’. This is how, among others, Interior Minister Horst Seehofer could make the astonishing but undoubtedly false claim that in 2018 far-right groups were responsible for about 90 percent of the 1.800 anti-Semitic incidents in Germany.

The wording of the above legislation has conveniently been left untouched by German lawmakers and is regularly used by the media to conceal news and statistics pointing at rampant anti-Semitism among migrants from Islamic cultures. For instance, the infamous Al-Quds demonstration in June 2019 held in Berlin, where symbols of Palestinian terrorist groups were openly brandished and extremely offensive anti-Jewish slogans were chanted by pro-Palestinian protesters was also labelled deceptively as a ‘far-right’ demonstration by the media and authorities.

Both Maas’ and Seehoffer’s observations are in stark contrast with extremism statistics of other European countries, such as the Netherlands where reportedly 70 percent of anti-Semitic incidents are perpetrated by Muslim attackers. In Sweden, Muslim attacks against Jews are rampant, leading Jews to flee cities like Malmö.

According to another survey, Jewish victims of such attacks in Germany have said that in 57 percent of cases, the attacker was either of a Middle-Eastern appearance or have belonged to a far-left group, while only in 20 percent of cases did they claim that the perpetrators belonged to a far-right group. Even the German justice system seems to be affected by this distortion. An example for this is the Wuppertal synagogue arson in 2014, where the courts have refused to classify the attack by the three convicted Palestinians as anti-Semitic.

Even in rare instances where an attack is positively identified by authorities as one motivated by Islamic radicalism, the discussion of such incidents is in most cases politicized and fingers are pointed at critics who are not willing to conform to the government-advocated narrative. For instance, the 2016 Berlin Christmas market truck attack, perpetrated by failed Tunisian asylum seeker Anis Amri is currently being used to discredit Hans-Georg Maaßen, former President of the Federal Office for the Protection of the Constitution, who has been a vocal critic of the German government’s active refusal to discuss links between their immigration policies and Islamist terrorism.

Despite Maas’ claim that right-wing extremism is the biggest threat in Germany, Islamic terror is arguably the bigger threat despite Muslims making up a relatively small part of Germany’s population. Data from the German Federal Public Prosecutor (GBA) for 2019 that 400 of the total of 663 terrorist proceedings were related to Islamic terrorism, representing 60.3 percent of all cases, a finding that was also similar to previous years. The GBA data also demonstrated that Syrians, Afghans and Iraqis make up a significant number of terrorist suspects from the overall total.

The desperate rhetoric by which the political right is blamed for the rise of extremism, anti-Semitism and crime in the country is increasingly viewed as a diversion from the fact that every such attack points back directly to policy decisions made by the Merkel government. As is detectable from Maas’ tweets themselves, the German government is fighting to regain its shaky grip on a country that is irrevocably drifting away from its control.