Violent Antifa groups are training for combat in Germany, Poland, Denmark and Great Britain, according to German Federal Office for the Protection of the Constitution (BfV) 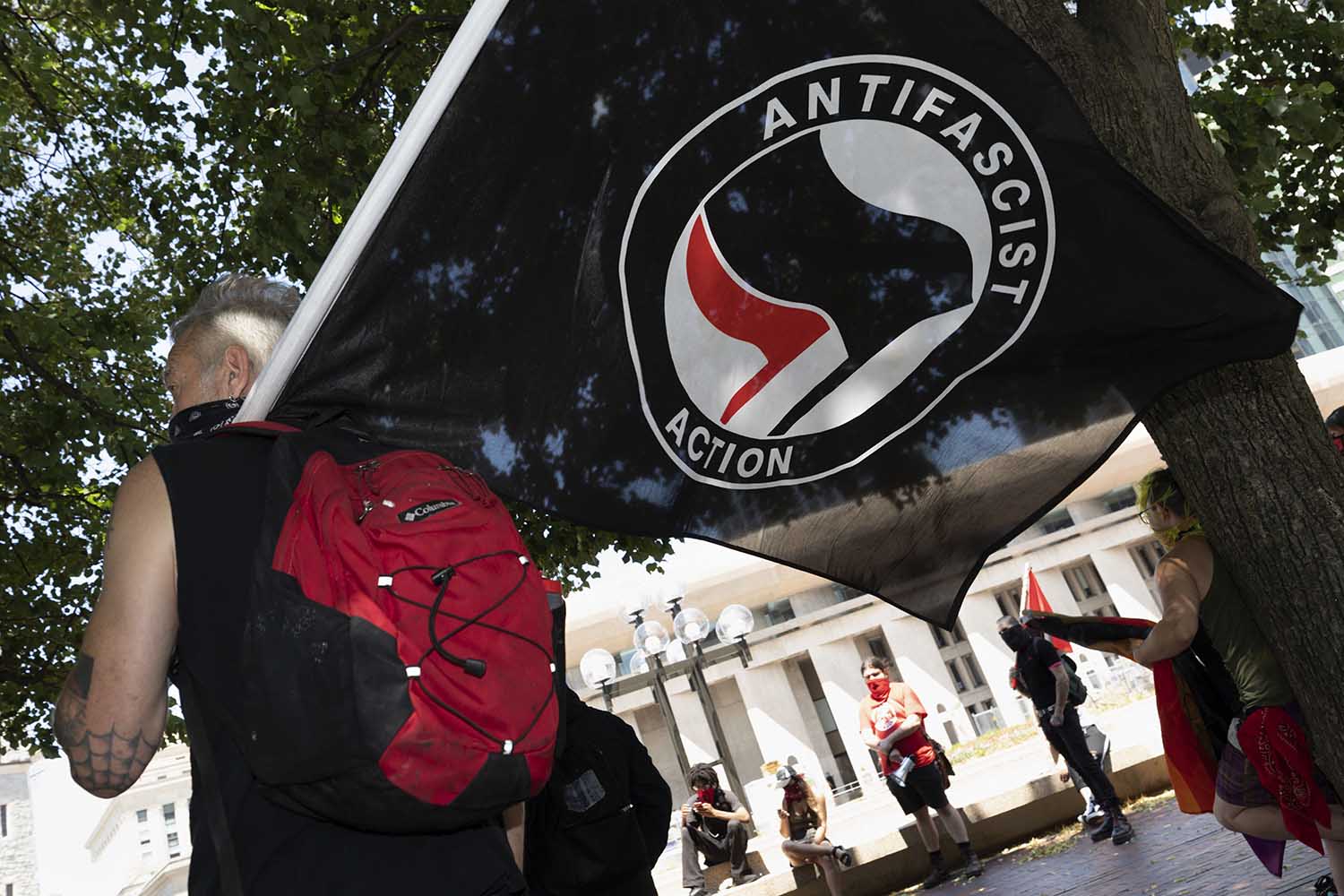 Leftist militia training programs are expanding from Berlin and Potsdam into Poznan in Poland, according to German Federal Office for the Protection of the Constitution (BfV).

The BfV was short on details about the Antifa training program in Poland, bu taccording to Polish news outlet Wsensie.pl, local anarchists organized a march “in defense” of what they said was illegally seized property after the properties were threatened to be auctioned off by a bailiff in 2009.

Warsaw, under the leadership of the Civic Platform, also financed similar events.

Portal nczas.com pointed to “City Tactics – street gymnastics, or techniques of group action” lectures and workshops that were held by the pro-communist Biennale Warszawa in Warsaw, with workshops designed to deliver a “practical session” on “urban tactics”. It is generally believed that the event was a training workshop for militant tactics in urban centers, including fighting techniques and training for mass actions.

Biennale Warszawa is financed by the Warsaw’s government. The institution did not post any description of the event and underlined that it was a closed one.

Germany’s Antifa already have links to their Polish counterparts dating back for years. In 2011, 40 German left-wing extremists were arrested at the annual Polish Independence March in Warsaw after a confrontation began with right-wing marchers.

According to HNA, Berlin anarchists and the communist movement “Redskins” were attempting to stop the traditional march by blocking it.

According to Germany’s BfV, professional martial arts training is becoming increasingly important among these extremist groups.

“For Leftist extremist, martial arts training is a means to prepare for actual combat with supposed right-wing extremist or the police during protests,” the BfV warned.

In Germany, left-wing supporters have already shown their willingness to use violence in cities such as Leipzig, Berlin and Hamburg, however, the report also pointed to Great Britain and Denmark as other hot spots for Antifa violence.

The law enforcement agency also pointed to a leaflet in Germany where Antifa informed that it wants to use martial arts training during their events in order to “create discrimination-free spaces”.