Germany’s CDU/CSU deadlocked over who should be chancellor candidate 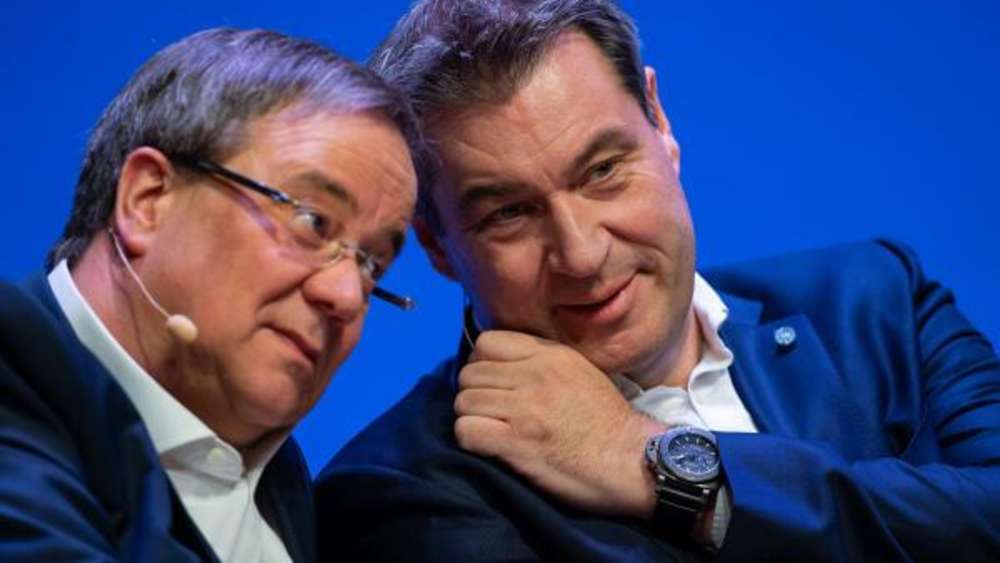 Five months ahead of the German federal elections, the senior ruling conservative Christian Democratic Union (CDU)/Christian Socialist Union (CSU) coalition remains divided over who should be their top candidate to run for the position Angela Merkel will leave vacant, daily Magyar Hírlap writes.

The majority of Germans welcome the fact that Bavarian Prime Minister Markus Söder has decided to run for the joint candidacy of the Christian Democratic Union (CDU) and the Christian Social Union (CSU). Fifty-eight percent of those surveyed by the Civey polling institute on behalf of the Augsburger Allgemeine, believe Söder’s decision is correct. The rate is even higher among supporters of the CDU/CSU party, with 86 per cent of respondents saying they are pleased with Söder’s announcement.

In its latest survey, the Forsa polling institute asked what Germans thinks of Markus Söder and CDU President Armin Laschet’s leadership skills. According to the results released by the RND editorial network on Wednesday, only 4 percent of Germans believe Laschet has strong leadership skills. In contrast, 57 percent of participants said they considered Söder a strong leader. Laschet is trusted by 12 percent of respondents, compared to 27 percent for the Bavarian prime minister.

Commenting on the poll data, the head of the Forsa Institute, Manfred Güllner said that Laschet’s candidacy would significantly reduce the chances of union parties in the September federal parliamentary elections. Many Christian Democrat sympathizers could support the Greens or the liberal FDP, but the number of uncertain voters would also increase, Güllner said, adding that the data show that Germans do not consider Laschet to be the right chancellor candidate.

According to CDU Secretary General Friedrich Merz, the debate on the identity of the candidate for the head of government of the conservative parties must be concluded as soon as possible. Merz told Deutschlandfunk radio that the party alliance has to make a decision on the issue by the end of the week at the latest, as any delay could cause further damage to the CDU/CSU.

Germany is in a deep crisis due to the pandemic, the effects of which on the economy are not yet visible, he said. Merz assured Laschet of his support, adding that he had already promised to do so in the January party presidential election, where he finished in second place.

Söder and Laschet both spoke after Tuesday’s parliamentary faction meeting that they wanted to clarify the issue of candidacy later this week. According to an article by Der Tagesspiegel, the CDU/CSU has found itself in a “dangerous and explosive situation” in recent days. The Bavarian prime minister even spoke about the need for unity on Sunday, saying he is ready to step downi the CDU leadership did not support him. The presidency eventually voted for Laschet, but Söder did not yet give up the race.

Lars Klingbeil, secretary general of the Social Democratic Party (SPD), a smaller member of the governing coalition, said the power struggle is completely paralyzing the coalition parties. Klingbeil told the Phoenix Canal: all this is fatal in a critical situation in which Germany is currently. In his view, it would serve the CDU/CSU right to be relegated to an opposition role after the September elections.