Scholz pledges to build a “society of respect” in Germany 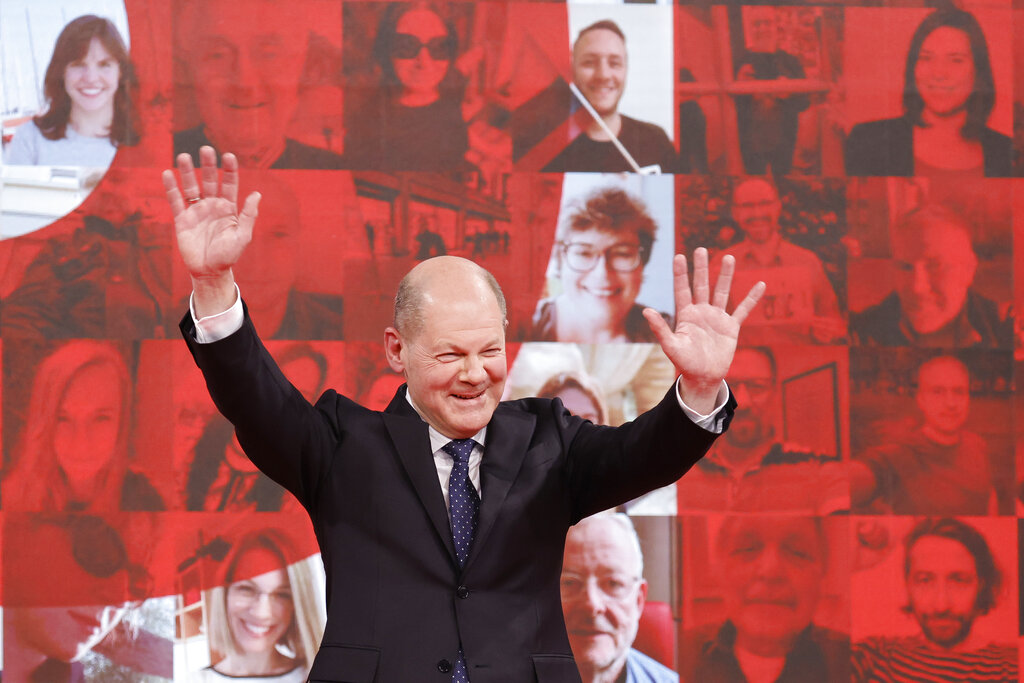 In their online congress held on Sunday, Germany’s junior coalition partner, the Social Democrats (SPD) rubber-stamped what has already been known since last August: Olaf Scholz was elected the party’s chancellor candidate for the federal elections scheduled for Sept. 26.

The 62-year-old Scholz, a lawyer specialized in labor law by trade, has had a long career with the SPD in Hamburg and was the labor minister of Merkel’s first grand coalition from 2007 to 2009 and since March 2018 is federal minister of finance and vice-chancellor.

In his speech prior to the vote, which went his way with a 96.2 percent majority, Scholz underlined that as chancellor he would work to build a “society of respect” and the best social and welfare state in the world in Germany, and to strengthen and consolidate the European Union. Among his concrete promises, he highlighted the increase of the minimum wage — currently €9.50 gross per hour — to €12, the fair taxation of digital economy giants based on the proposal of the US Treasury Secretary Janet Yellen on a worldwide mandatory corporate tax minimum and climate neutrality — the so-called zero climate net emissions — to be achieved by 2045.

He explained that raising the minimum wage is a sign of respect for both hospital nurses and parcel couriers, which would improve the situation of some 10 million workers. He added that the fight against climate change is an opportunity to modernize and strengthen the German economy. With regard to the EU, he emphasized that “Europe is the most important national issue in Germany”. Scholz also pointed out that due to his previous political experience and track record he is best-equipped to be Germany’s next chancellor.

German analysts say that as the headline candidate of the SPD, he has his work cut out for him in the campaign. In the latest polls aggregate by Politico, his party stands at 15 percent, well below even the worst post-war election result of 20.5 percent recorded in 2017 and far behind the leading Greens (26 percent) and conservative alliance CDU/CSU (24 percent). In the September election, he will face the CDU’s Armin Laschet and Green party leader Annalena Baerbock.