France to strengthen military presence in the Mediterranean 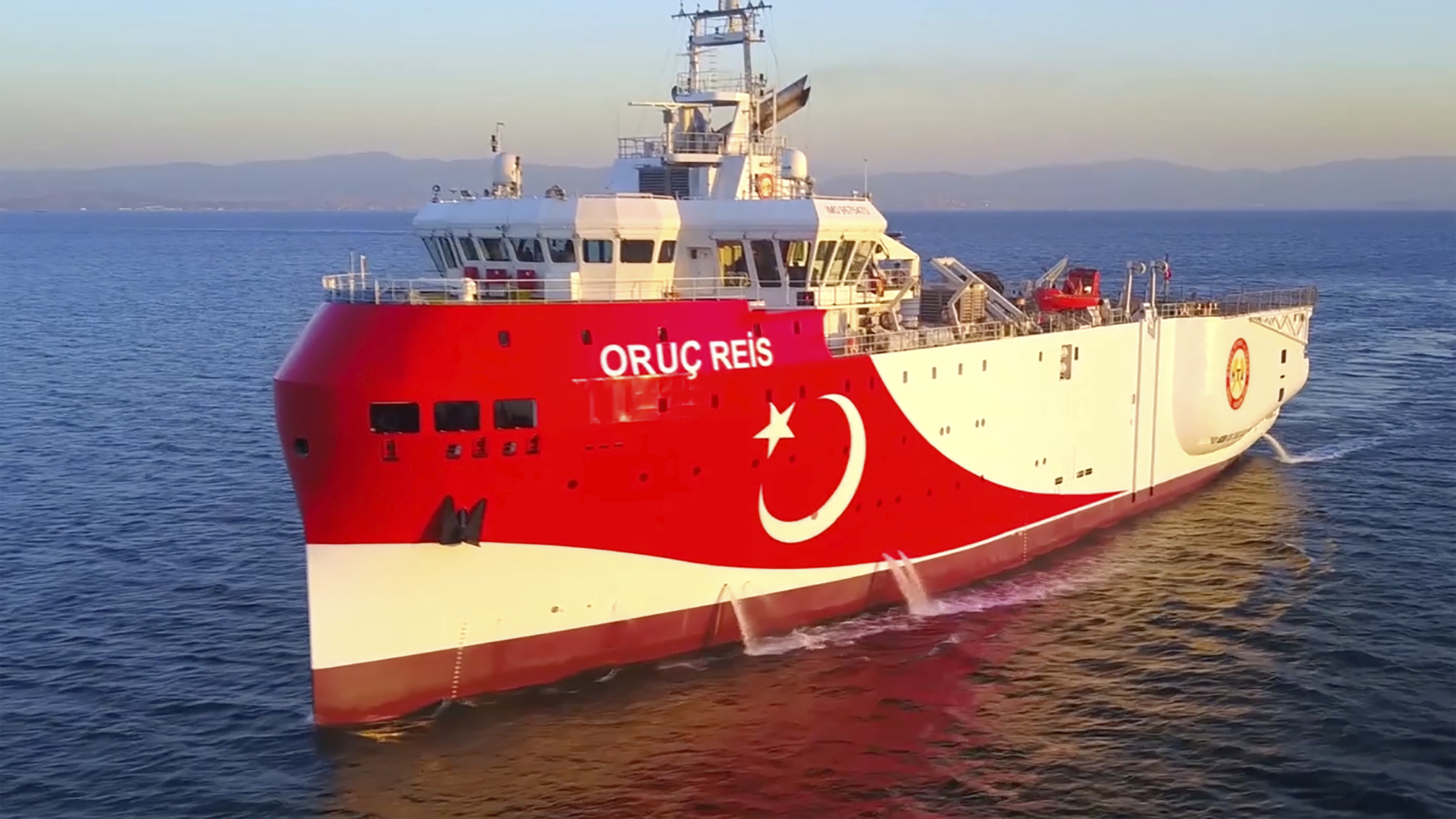 Germany’s refusal to approve a statement calling for an immediate end to Turkey’s exploration in the eastern Mediterranean has prompted Greece, in retaliation, to refuse to support a resolution on the situation in Belarus, wrote the Greek Ekathimerini news platform.

Germany’s decision to side with Turkey occurred during a heated debate at Friday’s meeting of the European Union’s Foreign Affairs Council (FAC).

Monday’s resumption of Turkey’s oil and gas exploration in the eastern Mediterranean has exacerbated tensions between Turkey and Greece one again. While Ankara has announced plans to issue new mining licenses, Athens has called on Turkey to withdraw its ships from the Greek islands.

Greece claims that Turkish ships operate in its territorial waters and considers it an illegal operation. Last Wednesday, Athens was supported by France, which sent its warships to the area. Greek ships, along with the French frigate Lafayette and the helicopter ship Tonnerre, then joined a naval exercise in the area where the Turkish exploration is underway.

According to Greek media, Turkish and Greek frigates clashed slightly near the island of Rhodes on Thursday, and Turkish President Recep Erdoğan accused Greece of attacking a reconnaissance ship.

“We said that if they attacked our ship Oruç Reis, they would pay a very high price, they got their answer today,” Erdoğan said, indicating that the first clash had already occurred.

According to the Ekathimerini, a day later he added that one of the ships accompanying Oruç Reis responded to the attack to the necessary extent. However, the Greek side described the alleged clash as a fabrication.

“There was no (subsequent) incident,” a spokesman for the Greek Ministry of Defense told AFP.

A dispute during the Foreign Affairs Council meeting

Turkey resumed the controversial exploration process on Monday, less than two weeks after the government in Ankara announced its suspension based on diplomatic talks with Greece mediated by Germany.

Turkey once again sent three of its ships to the area between Crete and Cyprus in Greece after Greece signed a maritime agreement with Egypt that defines the maritime borders of the two economic zones.

Similarly, tensions rose last November when Turkey signed an agreement with the UN-recognized Libyan government. The document defined the exclusive economic zone between the Libyan and Turkish coasts, which also extends to the waters near some Greek islands.

At Friday’s FAC teleconference, EU foreign ministers addressed the situation in the Eastern Mediterranean at Greece’s request. However, according to Ekathimerini, the resolution that Greece wanted to enforce called for tougher action against Ankara and an immediate end to Turkish exploration missions, a “blessing” for the agreement between Greece and Egypt.

However, according to diplomatic sources, the German representation refused to sign the statement, mainly because of the deal between Greece and Egypt. Germany, as a mediator between Greece and Turkey, was allegedly upset that the signing of the agreement between Egypt and Greece took place only a day before the planned start of negotiations to resolve the situation.

In a counter move, Greece refused to approve the statement on the results of the Belarusian elections, which led to the fact that the teleconference did not ultimately bring out any statement at all.

However, the head of the EU diplomacy, Josep Borrell, described the FAC teleconference as good and constructive on his Twitter, adding to the situation in the Eastern Mediterranean that the ministers “called on Turkey to immediately de-escalate and resume dialogue.”

Turkey was recently sharply criticized by Austrian Foreign Minister Alexander Schallenberg, according to whom the European Union should reconsider its position on Turkey due to the situation.

“I must say that Austria is very concerned about the dangerous and alarming situation that we think could escalate,” said Schallenberg.

France to temporarily strengthen military presence in the eastern Mediterranean

Last week, French President Emmanuel Macron announced that France was about to increase its military presence in the eastern Mediterranean. In this context, he called on Turkey to end its search for oil and gas in the disputed area, which has led to increased tensions between Ankara and Athens.

In a phone call with Greek Prime Minister Kyriakos Mitsotakis, the French president expressed his concern about the unilateral move by resuming exploration, Macron’s office said in a statement.

According to Macron, the exploration should end and there should be a “peaceful dialogue” between two neighboring NATO member states.

As the president’s office added in a statement, France will temporarily strengthen its military presence in the Eastern Mediterranean to better “monitor the situation in the region and thus express its determination to support international law”.